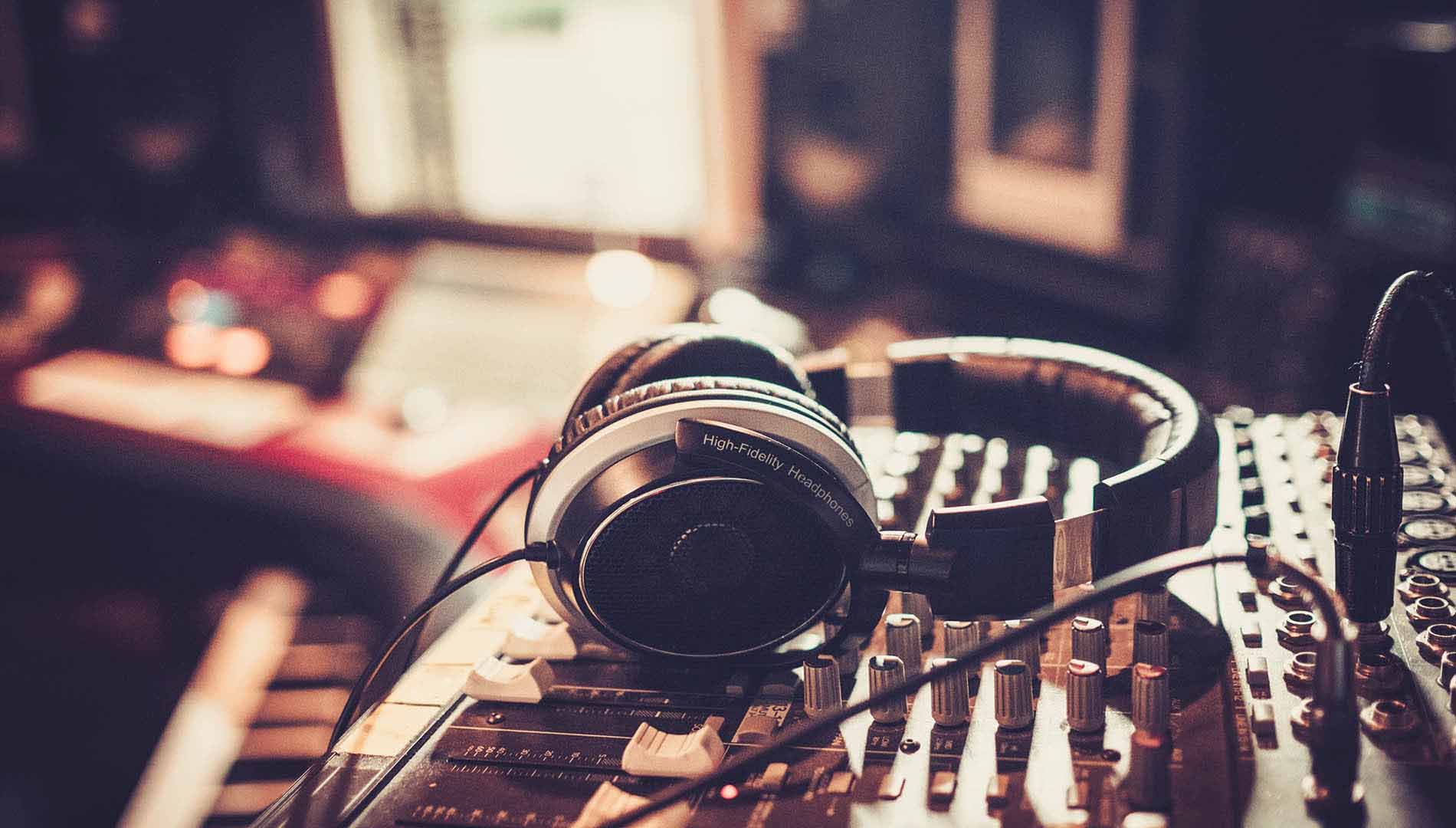 The music industry’s business model has always been broken. For over 100 years artists have been paid a fraction of the earnings their music makes. Take Enrico Caruso, an Italian opera singer from the early 1900’s, credited with being one of the very first recorded artists. Over his lifetime he made over 488 recordings, almost exclusively for Victor, a record label now known as RCA and owned by Sony Music. While it is said that this made Caruso extremely rich, netting him nearly $2 million, his label scooped nearly twice that and is still making money from his recordings today.

Many think the golden age of vinyl and CD’s was a time when artists were fairly compensated, but even then musicians weren’t exactly raking it in. A report suggests that, when records were still popular, of every $1,000 of albums sold, 18% went to the musicians, 63% to the record label, and 24% to distributors. Meaning each artist got a grand total of $23.40.

Then along came the Internet.

Times They Are A-Changin’

According to The Economist, back in 1997 Amazon CEO Jeff Bezos was looking for online retail opportunities. He considered selling music but quickly realized there were only a few major music labels, and they would have the power to stifle any online venture that presented serious competition.

The first online music sharing service, Napster, bypassed the record labels altogether and facilitated free peer-to-peer sharing of compressed music files. Obviously, that didn’t work out for them, and it wasn’t long before Napster found itself facing litigation from all angles. The company was closed by court order in 2001, after less than three years of operation. The Napster brand only survived because the company’s assets were liquidated and purchased by other companies through bankruptcy proceedings.

So what changed to make online streaming services a viable business model for companies like Spotify and Apple Music?

The answer is…. nothing.

Musicians are not earning more now, despite having new revenue channel. Spotify admits the average per-stream payout to rights holders lands somewhere between $0.006 and $0.0084. As this model shows, an artist would need to get 200k plays per month on Apple Music and 230K plays to earn the US minimum wage. 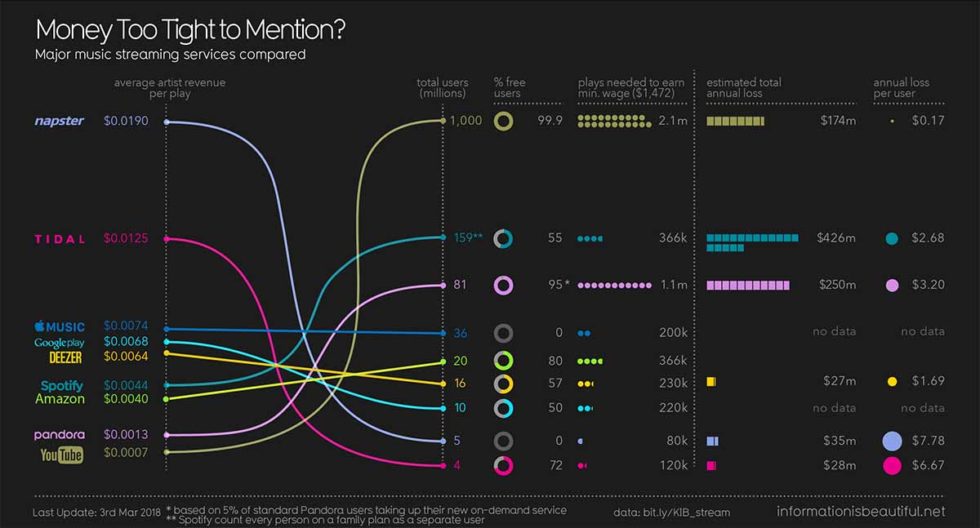 Investors aren’t getting rich either. Despite a revenue growth rate of 40% a year and having 140 million monthly active users, Spotify reported a quarterly operating loss of €41 million (around $47,814,000) in May 2018. Jimmy Lovine, whose fledgling Beats Music service was acquired by Apple Music, warned last year that music streaming is not a great business and that there is no profit margin.

Despite losses, executive teams still brought home the bacon. Last year Spotify’s executives earned, on average, $1.34 million each, with the top five taking home over $26 million between them.

But by far the biggest winners are, unsurprisingly, the record labels. Last year the ‘big three’ made a record-breaking $14.2 million a day from streaming services like Spotify and Apple Music. The Universal Music Group alone made $4.5 million every 24 hours.

So what can be done to fix this broken business model and ensure that artists receive fair compensation? Austrian producer and composer David Brandstaetter, believes he has the answer.

Streaming services pay artists pennies, partly because so much is swallowed up by the record labels. Spotify isn’t profitable, but the public won’t support a price raise.

The only way for artists and collaborators to receive fair payment for their efforts is by decentralizing the industry and taking the power out of the hands of the record labels and streaming services. Blockchain technology is the perfect enabler for this.

For the last two years, David and his business partner, Dr. Sascha Dennstedt, have been developing a platform called Qravity, which allows creatives to connect with each other and collectively develop and monetize original digital content. The platform uses virtual tokens on the Ethereum blockchain to track digital media creation and distribute project stakes among creative team members.

Using Qravity, musicians can collaborate and work in exchange for stakes in the project. The content will go direct to market, so if a songwriter has, for example, a 30% stake in the project, he receives 30% of the revenue every time his songs are streamed or downloaded.

The platform contains a comprehensive suite of project management and communication tools to help creatives collaborate remotely; it also rewards them with a greater stake in projects as they complete each milestone.

“We want to completely overhaul the entire industry,” says Brandstaetter, “With Qravity, we’re transferring the power and profits from the executives to the talent, transparently and equitably.”

Get QCO during the Qravity token sale.

To learn more, visit www.qravity.com, read the Qravity white paper, or join the discussion in the Qravity Telegram group.

Do you think that the music industry rips artists off? Are solutions like Qravity the answer? Let us know in the comments below.