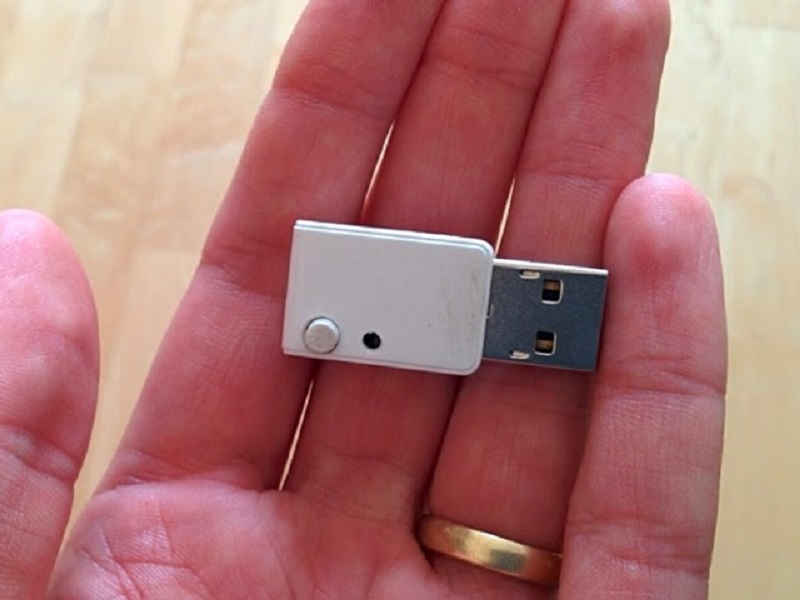 Entropy, if you don’t already know, is a new product Mycelium is making, with the help of crowdfunding via IndieGogo. Entropy claims to be the safest way to generate paper wallets by using a hardware based entropy (hence the name) to generate a wallet. For more information, check out this video that can be found on Myceliums website.

1. What sparked the idea of the entropy?

It originally started as a Bitcoincard key backup. We had a radio dongle for gatewaying between internet and the bccard’s radio network. So we decided to check if it was good for making secure backups. The idea was to plug it into a printer and get a key backup directly from the card to the printer. (Assuming we can get proper encryption in the radio protocol.) We did a proof of concept, it worked, and then Jan, one of our lead developers, said he wanted one like that for himself, if it could generate new keys and print them.

2. Who is the entropy targeted for?

At anyone who wants to easily create paper wallets to securely store their bitcoins. This can be either seasoned bitcoin investors who want to store their savings for long term, or bitcoin newbies who want an easy way to store their coins that won’t get them hacked.

3. Is the entropy impervious to viruses or other malicious software?

By default, yes, because the underlying OS and system files are never exposed to the device accessing it. When Mycelium Entropy is plugged into a printer or a PC, the only thing they see is a JPG file. However, when the device is switched to flash mode, for the purpose of changing device settings or flashing new firmware, all the system files are visible to the PC, and thus may be targeted. Since the device never stores any actual bitcoin keys, a attacker would have to modify the code on the device to have it create private keys he knows about.Running a sha check on the files to compare them to the ones on our site will help prevent this.

You plug it into a printer’s USB port (one for printing photos), it creates a JPG image and shows itself as a normal USB drive with just that image. Your printer detects it as a photo, you hit print, and a paper wallet with public and private keys comes out. The technical details are on our Indiegogo site

No, it’s a paper wallet creator.

The project began development around the beginning of September 2013, and has been in constant research and development since then. We had to test and verify the “Static RAM as source of entropy” idea, including testing it under various environments to make sure the entropy source worked well at room temperature. Then we had to pick out chips that would be best suited for this use, plan out the circuit board design, and initially figured out that our first very small and compact design wouldn’t work, because the pick-and-place machine would shove items around if they are too close, so we had to redesign the device again. Then, once we got prototypes, we wrote software, and added features and ideas as we came up with attack vectors and solutions for how to get around them. Finally, with the product almost complete, we announced it publicly and started our fundraiser to raise money for a mass production purchase, while we fix some last remaining issues.

7. Why did you decide to turn to IndieGoGo for crowdfunding?

We needed to raise money to cover the initial large order to save costs. Mass produced items cost way less per item than ordering even 100 units. We also need money to cover the initial licensing costs, like FCC and such. So we decided to use a well known and established crowdfunding platform. Initially we were trying to use Kick starter, but after Kickstarter turned us down, claiming our product violates their rules, because “Kickstarter’s guidelines do not allow for offering money processing services,” we went with Indiegogo instead.

8.How are you feeling about reaching your goal with 45 days to go?

It’s great, but more help would make things easier for us. Even $20k doesn’t cover all the expenses to bring this project to completion, and the less we have to cover these costs out of our own pockets, the easier it will be for us.

Right now we are planning out what we would have to order from manufacturers. It’s mostly more mundane stuff, like instructions, warranties, warnings, etc. And on the development side, we’re still adding more information about printers to our research, finalizing SSS M-on-N key format (the BIP isn’t even final), and discussing ideas with third party auditors for how to make the devices even more secure.

Release code and hardware schematics publicly, add support for HD wallet seeds, and then see what else people want added and go from there.