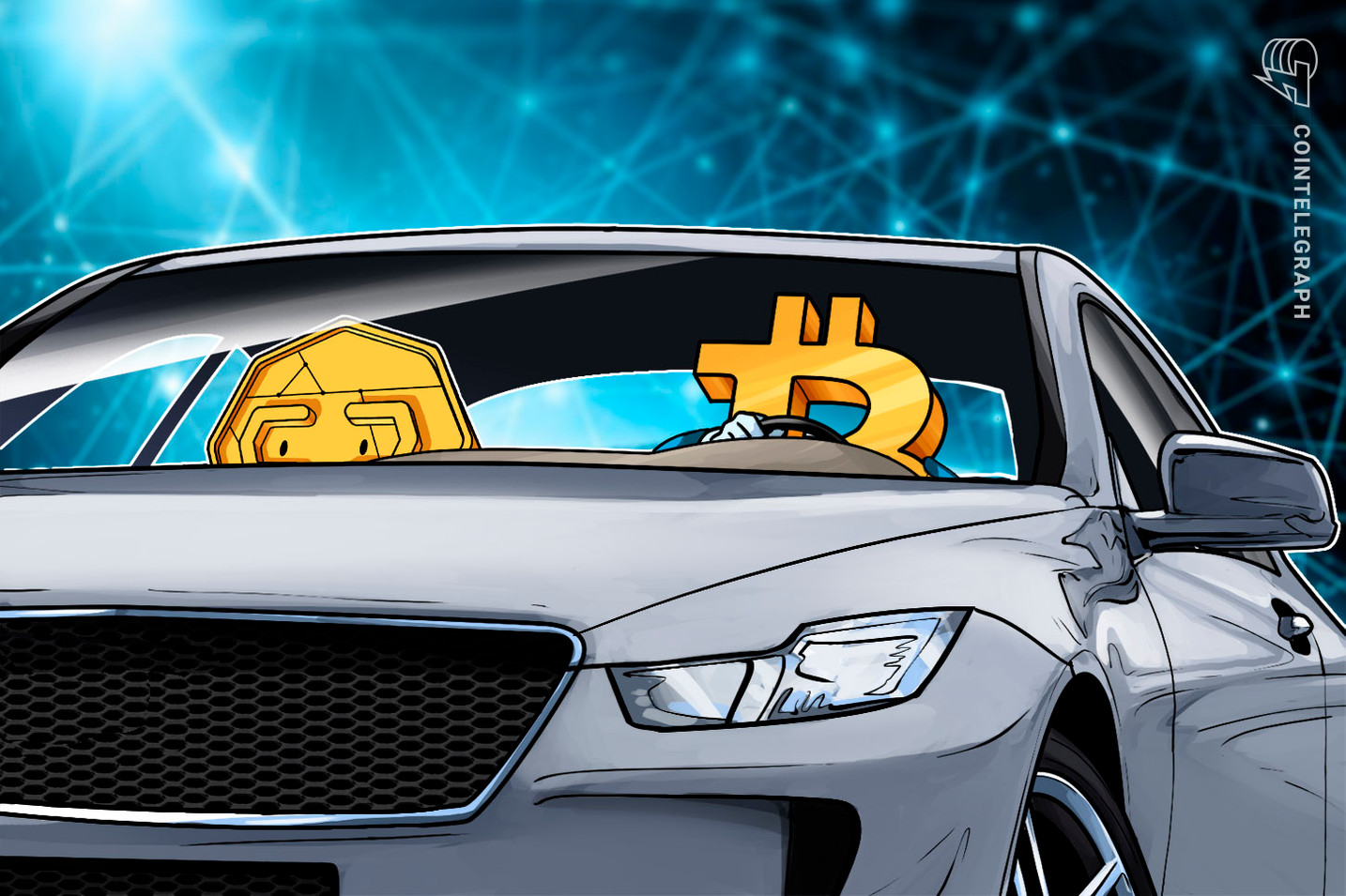 NASCAR Driver Landon Cassill Will Be Paid In Crypto

NASCAR driver Landon Cassill has revealed that he will be paid in crypto. The driver had been in talks with Voyager for a 19-race sponsorship.

Cassill announced yesterday that they had finally reached an agreement. His partnership with Voyager includes him getting a paycheck in crypto. The sponsorship settlement would be totally cryptocurrency-based. The major coins in the portfolio being Bitcoin and Litecoin.

Landon Cassill himself is not new to the crypto space. He has a number of investments in the space. He said he had seen significant gains in his portfolio.

Steve Ehrlich, CEO of Voyager, said he pitched the partnership idea ever since he met Landon. Landon and Steve met at a crypto conference.  The conference was held years ago and Landon spoke on a panel.

The partnership will run for the remainder of the 2021 NASCAR Xfinity Series season. Cassill will compete in the races in a Voyager-branded race car. The car will debut at the Nashville Superspeedway this weekend.

NASCAR has always been of particular interest to Voyager. Doing a test run of sorts with the No. 4 car earlier this year. Ehrlich will be in attendance at the event. Along with other Voyager employees.

Voyager is a crypto-asset broker which provides investors an easy way to trade cryptocurrencies. Investors get wallet, data, and custody services on the platform.

Voyager owns its own crypto token called the Voyager token (VGX). Besides Bitcoin and Litecoin, Voyager will also pay the driver in Voyager tokens.

Although this is a first in NASCAR, this will not be the first time Voyager has mixed sports with crypto. Voyager leased a Major League Baseball Voyager A Suite for 1 BTC earlier this year.

Voyager is paying the driver the market rate in the value of the coins at the time of the payment.

He pointed out that he could do whatever he wanted with the payments. Depending on the time, he could decide to hold or sell. Getting paid in crypto isn’t a trouble for Cassill. To this, he said, “I’m pretty comfortable with how it works.”

The sponsorship isn’t the first of its kind in sports. Trevor Lawrence who was a top pick in the NFL draft had signed a similar deal.

Lawrence signed a multi-year deal earlier this year with Blockfolio. The investment app had reportedly paid Lawrence exclusively in crypto. The cryptocurrencies are sent immediately to Lawrence’s Blockfolio account.