by Rida Fatima
in Bitcoin
0

The price of Bitcoin has always been in a swinging motion that can surge or dip without notification. This confirms the volatile nature of cryptocurrency. El Salvador is one of the countries that has legally adopted BTC as legal tender.  However, the first day of implementation of the law in September saw the price of BTC plummet.

Nayib Bukele, the President of El Salvador, reassured his people through Twitter that the country was buying the dip in the price of BTC. The same day, El Salvador increased its BTC holding with an extra 150 BTC coins.

However, Steve Hanke, an applied economics professor at John Hopkins University, seems to have a different opinion. Hanke made a post on Twitter on September 23, tagging the El Salvador president to criticize him.

Related Reading | Why Bitcoin Could Oppose The U.S. Wealth Inequality

Hanke tweeted that Nayib Bukele is tossing El Salvador’s funds. He mentioned that while the price of BTC is going down, the president is telling his people about buying the dip. He concluded that as long Bukele is at the helm, El Salvador will soon face a huge financial disaster.

Was Hanke’s Prediction Regarding Bitcoin Real?

Beyond the expectation of many, the price of Bitcoin didn’t continue on the downward move. As the weeks rolled from September into October, the price of BTC made a considerably upward surge.

So, Bukele on October 15, retweeted Hanke’s post on September 23. The president scoffed at the economist with his remark of “You were saying?” For the past 24 hours, the price of BTC has been over $60,000.

Putting forth his response the next day, Hanke affirmed that he maintained his statement of financial ruin for El Salvador. He asked Bukele if he had checked his country’s bonds denominated in the dollar since September 7.

Hanke mentioned that all 2023, 2025, and 2029 El Salvador’s bonds are distressed. He added that both private and digital currencies are not new. He argued that the situation of crypto being the key to innovation is very minimal.

Reacting to the issue on Saturday, Erik Voorhees, the founder of Shapeshift, gave an animated GIF response to Hanke’s tweet. His GIF indicates moving goalposts.

Another respondent said that Hanke is like one of those in the 19th century that were afraid of electricity. Before now, Hanke has declared several times that he was not a fan of Bitcoin and kicked against El Salvador’s adoption of Bitcoin in June. 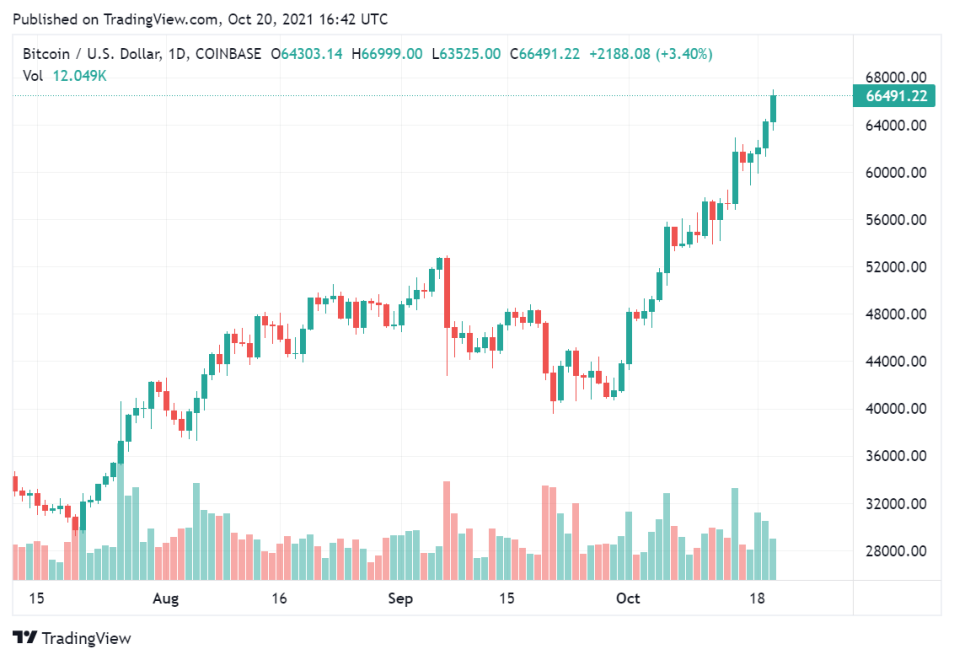 During the period of the adoption, Hanke expressed that it was completely a bad move for a Latin American nation to include Bitcoin as its legal tender. He argued that such a decision is capable of collapsing the country’s economy.

The economist supports the creation of currency boards that utilize monetary authority in keeping up fixed exchange rates with foreign currencies.