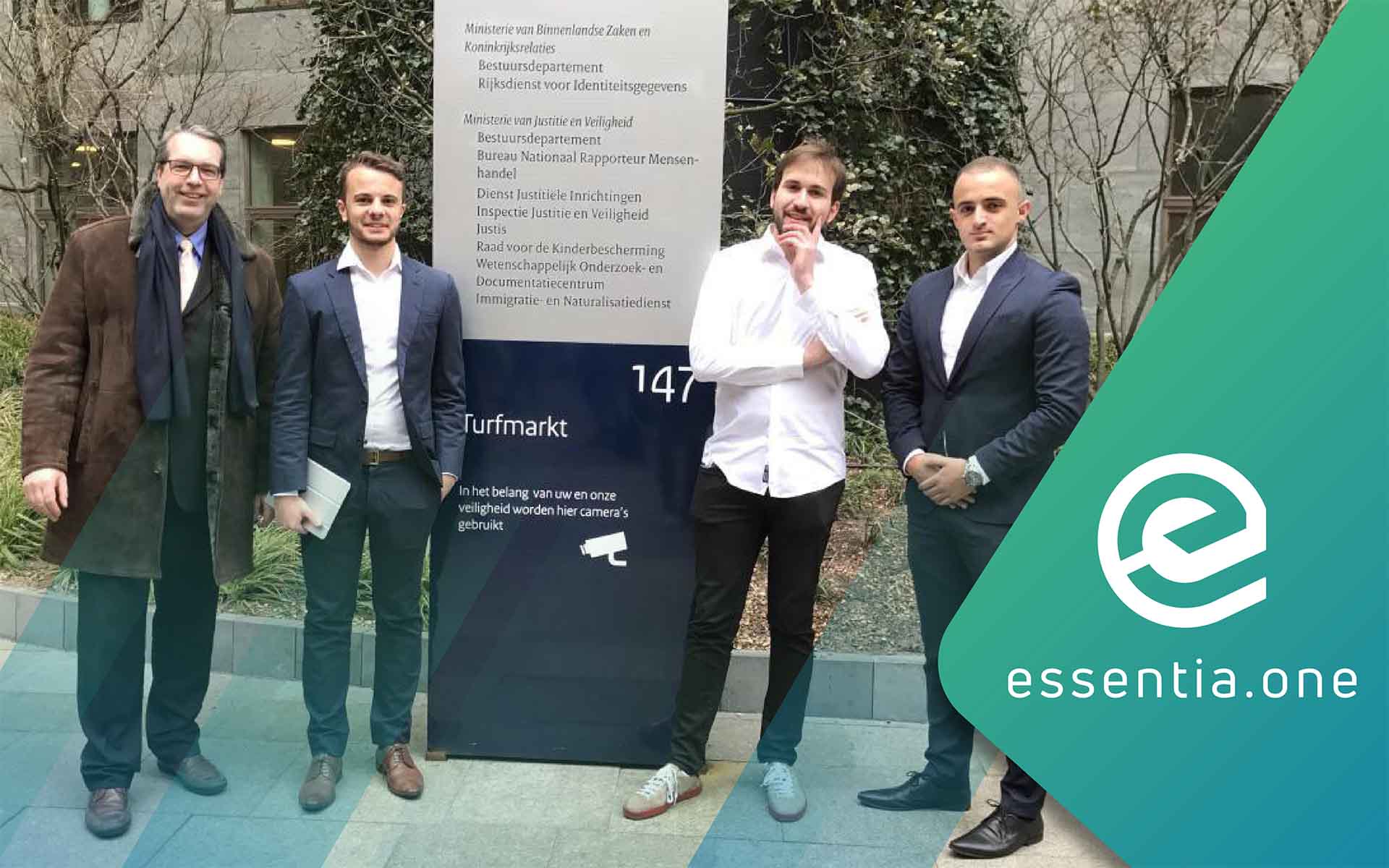 The Netherlands today is one of the most efficient and farsighted countries in the world. Having not only seen the potential in blockchain, they even created a dedicated program – Blockchain Pilots, to explore how the blockchain can be used in various spheres of today’s life.

Essentia One met with them on February 20th, to discuss a possible implementation of the Essentia framework for border control procedures. Amsterdam-based Essentia One specialize in blockchain technology and are in the process of developing a framework for the decentralized web. “Where some people see problems, we see challenges, which then motivates us to develop a solution,” says Matteo.

Matteo conceded that the problem the team was hoping to address was a complex one, but was optimistic that progress could be made, stating:

The fact that they were willing to even countenance using blockchain technology showed they were open to left field ideas if these proved to be workable and cost-effective.

The proposal put forward by Essentia One would alleviate much of the disruption that people currently endure as part of the extent border check process.

Mirco reported the “positive atmosphere” that pervaded the meeting in The Hague and was optimistic that tangible progress would be made.

Essentia is optimistic that a working model can be implemented in the future, demonstrating another real-world use case for blockchain.

Be a part of the change which Essentia One is putting into action! Join the Essentia Telegram group and participate in the rapidly-growing community.

Images courtesy of Essentia One