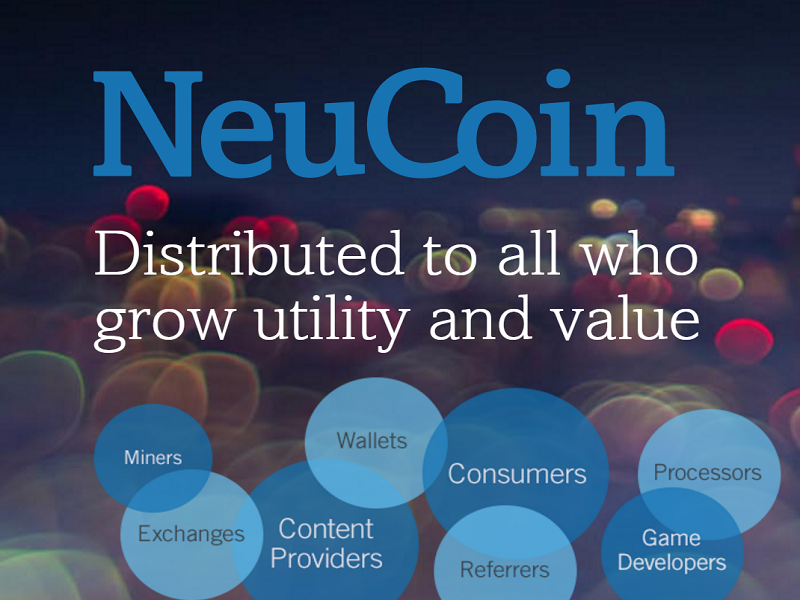 Proof-of-stake altcoin NeuCoin will expand its reach with its latest move. Today, NeuCoin launches both a Facebook game and a tipping platform on acclaimed music streaming service Jango. These two launches, as well as the various other products in the works, are aimed at NeuCoin’s goal of reaching 1 million mainstream users during 2016.

Also read: NeuCoin — Not Just Another Blockchain, But A Complete Virtual Currency System

This project is part of NeuCoin’s self-proclaimed “radical idea” of “distribution as a tool for mass adoption.” NeuCoin doesn’t believe in giving away its virtual currency for free through “air drops.” Instead, the project believes that the “right way” to spread adoption of a currency is to make users earn it. Although they give out pre-mined coins through “freemium marketing programs” as a way to get people to try them out, NeuCoin “never simply [hands out coins] for free — customers have to earn them by investing time and attention.” — they believe that their distribution model is the key to fast mainstream adoption.

NeuCoin believes that this method of distribution prevents fraud and “rewards people for doing something that they already like doing.” The project’s philosophy is that, if someone likes games like Solitaire, they will probably choose to play the NeuCoin version of the game if they can earn some free coins in the process. By making people earn NEU by doing things they already consider fun and enjoyable, NeuCoin hopes to entice people to “come back for more.” 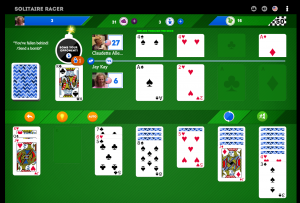 NeuCoin is adding some spice to the classic Solitaire card game by integrating its digital currency. This new Facebook game, called Solitaire Racer, pits solo players against the clock; they win NEU for completing a deck, and the faster they finish, the more they earn. People can also face off against each other, betting NEU that they can finish the match first.

Solitaire Racer is easy to learn, with helpful tips popping up every so often to get players acquainted with the game. Furthermore, If you get in a situation where you are unsure what to do, you can click a “Hint” button for guidance.

Once you get the hang of NeuCoin’s version of Solitaire, the concept of racing against the clock or another person makes the game quite addicting. The prospect of winning virtual currency based on performance makes the game even more compelling, creating the desire to keep playing until you can finish a deck quickly enough to earn the top prize.

As if that wasn’t enough to keep you playing, NeuCoin allows players to transfer their NEU out of Solitaire racer once they hit 50 coins. According to the game, “Once you hit 50, you can use your NEU to play more games, give online tips or trade them for cash or Bitcoin!”

NeuCoin has ambitious expectations for their Solitaire Racer project. The organization believes it will attract hundreds of thousands of new NEU users through this game, stating that, “by marketing Solitaire Racer to the tens of millions of players of other Solitaire games, NeuCoin expects to acquire at least 500,000 NeuCoin holders from Solitaire Racer over 2016.” 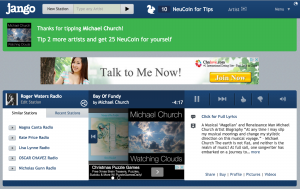 NeuCoin’s next big launch is its integration with music streaming service Jango. New and existing users will get free NEU that they can use to tip 250,000 participating artists. New users will get 25 NEU for tipping upon creating their accounts, and existing users will receive the coins automatically. Listeners will have the opportunity to give their NEU to “featured new artists” — emerging, non-established artists being promoted on Jango. A tipping button will activate whenever one of these featured artists play, which listeners can use to show their support for the musician. Once someone tips 5 artists, he or she will get 25 NEU for themselves.

This tipping concept is straightforward enough — and a welcome way to support artists — but its implementation leaves something to be desired. To find out how to use this new tipping system, you have to hover over the NeuCoin icon on the top banner and click a “Learn More” button. This makes users go out of their way to learn about the new service, and those just interested in listening to music might ignore it altogether. Although it is very visible when the tipping button activates on a featured artist, a pop-up on the homepage would be a welcome way to directly notify listeners of NeuCoin’s tipping platform.

More chances for tipping on Jango would be welcome as well. As it stands, Jango users will be exposed to a featured new artist “maybe once an hour.” While NeuCoin’s goal is to make people earn their NEU, making Jango users put in at least 5 hours of listening for 25 coins seems a little steep. With a reported 250,000 participating artists, surely we could be able to tip every 20 or 30 minutes. More chances for tipping would benefit the featured artists as well, who in turn might work harder to promote NeuCoin in hopes of getting more tips on Jango. Hopefully, once this promotional phase ends, Jango and NeuCoin can tweak the system to make tipping more convenient.

It seems as if NeuCoin has pre-emptively addressed this issue, though, by equipping the featured artists with “promotional tools” to help them get tips from fans outside of Jango. The organization also suggests that people can get the extra NEU to tip artists directly by playing Solitaire Racer or the GetNeuCoin game-quiz.

Pros and cons aside, NeuCoin expects this program to draw in a lot of new NEU holders. Over the course of 2016, “Based on marketing plans and current listener-artist interaction rates, NeuCoin projects that 500,000 Jango listeners will tip out a total of 50 million NEU to over 100,000 artists.

Expect More from NeuCoin in 2016

According to NeuCoin, Solitaire Racer and the Jango tipping service are just the tip of the iceberg. The organization already has a second Facebook game in production, and it claims that these initial launches are merely the “first of many games and content partnerships that the NeuCoin Project will be rolling out over 2016.” NeuCoin Project co-founder Dan Kaufman told press that the project’s “base goal” is to bring in “at least 1 million NeuCoin users in 12 months.” Kaufman is optimistic, though, and believes that “we will be able to reach many times that.”

What do you think about NeuCoin’s new projects? Let us know in the comments below!