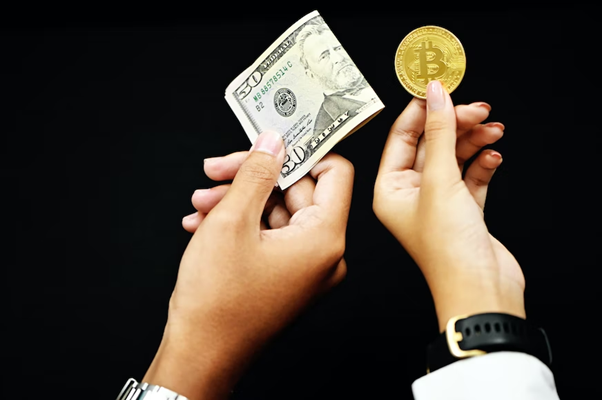 Even though the concept of cryptocurrency is nothing short of innovative genius, one must admit that one of the most impressive types of coins has to be meme coins. While their existence stemmed from what many deemed a joke (hence the name ‘joke currency’), there is nothing remotely humorous about the level of success meme coins have acquired over time.

Memecoins have not only built an empire of wealth online but also created kingdoms offering many a place of solace where they can find similarities among themselves and at the very least a community to laugh with, which is why they are one of the most influential cryptocurrencies in crypto space.

Shiba Inu (SHIB) – a well-known high-ranking coin – and Tamadoge (TAMA) – a recently introduced coin with Metaverse features – are two instances of just how remarkable meme coins are. A new member of the family, Big Eyes Coin (BIG), has skyrocketed onto the scene with cute force, and it could be giving the doggies a run for their money. Here’s why.

Big Eyes Coin (BIG) is a brand new cryptocurrency that settled right in the center of people’s hearts with its precious, cute, and philanthropic mission. The coin has decided to capitalize on the cute economy, wisely opting for a kitten character to take the place of its foreman in a space dominated by puppies and precious hounds, attracting attention at first glance. Big Eyes Coin has shown its cunning brilliance with its marketing tactics by taking on distinguishable features that celebrities and influencers worldwide will find irresistible. For users that might be looking for a community-devoted coin dedicated to spreading wealth into the DeFi ecosystem and contributing financial aid to a greater cause – saving oceans around the world – Big Eyes Coin is the way to go.

Big Eyes Coin is not only cute but also kind, on a mission to rescue the planet from the throngs of climate change by committing its resources to ocean sanctuaries that specialize in restoring and protecting aquatic ecosystems. And maybe some of those fishes might end up as Big Eyes Coin’s dinner, but that’s fine.

Big Eyes Coin is wholly community-oriented, as it has put up a whopping 90% of its token for sale to users for a cheap price, as 1 USDT can buy 10,000 Big Eyes Coin tokens. Big Eyes Coin users will be provided with a tax-free shopping transaction system and the opportunity to own an NFT belonging to the top ten collections. Holders of these NFTs will be given exclusive access to some of the platform’s special events and even the Big Eyes Coin Sushi Club, which is an exclusive club for NFT holders.

Big Eyes Coin has allocated 5% of its tokens into a charity wallet visible to users. From this, donations will be made to ocean-saving charities, and the remaining 5% will be dedicated to fulfilling its marketing strategies. Big Eyes Coin intends to enroll a dynamic tax system that will permit changes like fees for Auto Burn functions, the Marketing Wallet, and LP acquisition.

Big Eyes Coin’s pre-sale stage is live, and out of its initial supply of 200,000,000,000 tokens, there are 9.65 billion BIG remaining, and in a short period, Big Eyes Coin has raised $984,078, which is about half of its target goal. Users can purchase the BIG tokens from the Big Eyes Coin official website using either ETH or USDT tokens (crypto wallets are advised to contain a minimum of $15 worth of either cryptocurrency before the purchase is carried out).

Tamadoge (TAMA) is a new meme coin that has caused quite a stir upon its arrival in the crypto community. Although the project has not yet gone live, it is taking on a lot of attention because it is the first ever meme coin to feature a metaverse, an NFT store built into the platform, and various other popular blockchain features like P2E (Play-to-Earn) and token utilization. Tamadoge was built into the same ecosystem containing Dogecoin, and its creators developed it to be able to stand close to other famous metaverse projects without faltering in capabilities.

Tamadoge took advantage of the fame incurred by the Doge ecosystem to attract the attention of investors. It is safe to say that its plan was a great success because even without being on the market, TAMA is currently the most valuable meme coin that can be bought. Many are referring to Tamadoge as the possible future of meme coins as it seems capable of outperforming previously launched meme coins. Unlike many developed on the BSC (Binance Smart Chain), TAMA was built on Ethereum. This means that Tamadoge’s native cryptocurrency is a coin of ERC-20 type, which will allow it to be listed on well-known CEXs (Centralized Exchanges) like CoinBase, eToro, Binance, and many others.

Tamadoge possesses more flexibility than other meme coins, and its tokens can also provide better utilization. They can be used for all transactions within the platform, including as a form of payment at the NFT stores and between users.

Shiba Inu (SHIB) was created by an anonymous mastermind that dubbed themselves “Ryoshi” in August 2020. It swiftly gained a lot of value and speed, drawing in users with its cute puppy logo and creating a community that would stand beside it for a long time. Shiba Inu is a cute dog breed after which a meme coin was named, and unsurprisingly, it grew rapidly and claimed massive success. Notable figures like eccentric billionaire Elon Musk and the co-founder of Ethereum, Vitalik Buterin, have boosted its fame. Still, the coin has a hand in its success, having earned the moniker “Dogecoin Killer.”

One of Shiba Inu’s objectives is to be the Ethereum-based counterpart to tackle Dogecoin Scrypt-based mining algorithm. It might just get there as it has created recent plans to design a metaverse of its own and a new crypto exchange to boost token utilization. Although many see this move as a late entrance to a field already dominated, there is no doubt that the Shiba Inu has what it takes to top the ranks all over again.

Shiba Inu is listed on the biggest U.S.-based cryptocurrency exchange platform, CoinBase, and many other platforms around the world have announced that the coin will be joining their ranks soon.

In conclusion, the market is booming with many prospective coins to side with, and even the plane of meme coins offers great options with the potential to earn a good income. From SHIB, which has experience under its belt as it offers good tidings, to TAMA, a P2E crypto game is offering users the chance to dive into the amazing wonder that is metaverse, to even BIG, a game-changing meme coin that has gathered a lot of attention with its unique approach and its philanthropic desire to save the world while providing others with a trustworthy community to dwell with.