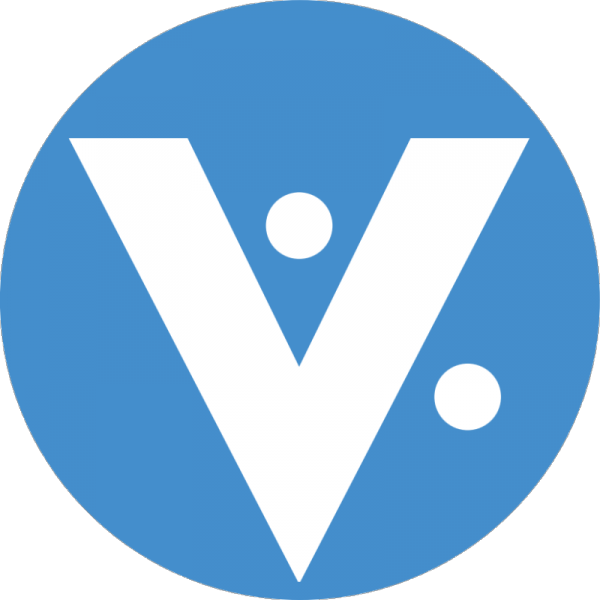 The Vericoin Team has made a new press release announcing to the community and all the crypto enthusiasts that a new Developer has joined the Developer Team.

Vericoin was the first cryptocurrency to introduce Sms transactions along an extra feature which enabled bitcoin payments directly with vericoin (Veribit). Since the beginning, the Vericoin team has been deeply committed to the project and has been working hard with no real problem in coming into public with their real identities. In fact, they were one of the first Cryptocurrency related projects team to do so! These and many other facts have made this team gather a huge community and a big number of followers who have been helping a lot in the implementation of several developments.

These last few months have been very harsh for the team; the price has been falling drastically, and it seems to continue to dip further down. While fierce competition is growing by the day in the crypto ecosystem, the team has been flooded by work and constantly struggling to keep the project going on forward.
The team has been working relentlessly towards the success of the project, and found that one extra pair of “coding hands” could be of extreme help. It would certainly be greatly appreciated especially because the team is hoping to implement some great new features.
Now, a new Developer and an active community member has been summoned by the Vericoin Developer Team to help them accomplish their goals.
Steve Woods is an experienced coder with several years of experience. He has been working on a new important feature called Turbobootsrapping; this feature enables faster blockchain downloads, along other minor features such as volume decimal decrease in the new Vericoin Wallet. 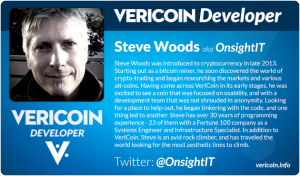 Steve Woods Aka OnsightIT was introduced to cryptocurrency in late 2013. Starting out as a bitcoin miner, he soon discovered the world of crypto-trading and began researching the markets and various alt-coins. Having come across VeriCoin in its early stages, he was excited to see a coin that was focused on usability, and with a development team that was not shrouded in anonymity. Looking for a place to help-out, he began tinkering with the code, and one thing led to another. Steve has over 30 years of programming experience – 23 of them with a Fortune 100 company as a Systems
Engineer and Infrastructure Specialist.

Guided be the spirit of community and decentralization Steve has shown interest in helping out on with development as an active community member. Once he began to fall into the code he became a development powerhouse and has spearheaded new great features in the 1.4.2 wallet coming out soon, including turbo bootstrapping and in client updating.

Following the announcement, the team took up the weekly Hangout to share the good news and to deliver some more updates to the community. In the hangout, the team related the last news over the development of the new wallet and told they were starting to work on some new features.
The team plans to introduce minor features such as chat. They also unveiled their intentions to implement 2FA security features directly onto the wallet and confirmed they are also working on a new protocol for integration with the Supernet. 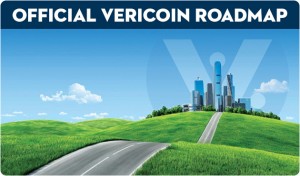 Finally, the team revealed that is working to implement profound changes in the wallet stacking process. They are trying to accomplish this in order to incentivise staking rather than raising big amounts of coins in one wallet. with this the team looks to change the way staking is implemented and feels that this task is a major technical goal they are facing right now.

So far, the ecosystem has been plagued by scams and anon developer teams with bad intentions trying to make huge profits and giving digital currencies a bad name. Teams like the Vericoin team are the ones that really care to give a real constructive contribute and make us all still believe in this risky game.

What do you think of the Vericoin team? Share your thoughts with us!