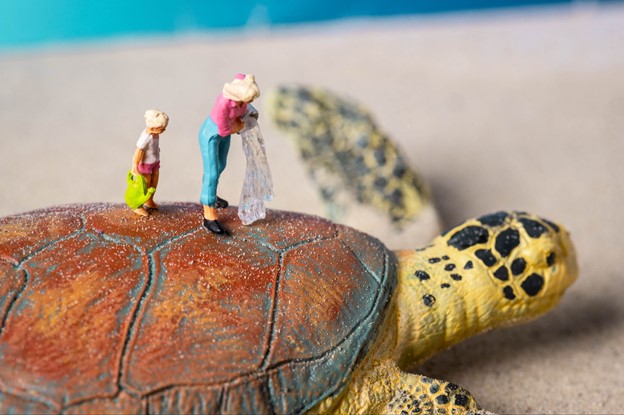 Next Earth and SEE Turtles Collaborate on a Metaverse Charity Game

Next Earth, the third-largest metaverse, has already proved its commitment to support environmental initiatives by allocating 1 million USD to environmental issues, and now they are about to launch its first CSR campaign.

Together with its partner organization, SEE Turtles, Next Earth is going to launch a game in the metaverse: they are inviting their users to contribute to a good cause by purchasing land on certain territories in the metaverse with a chance to win $200,000 worth of NXTT or five unique NFTs. 20% of proceeds from each transaction will go to SEE Turtles to implement plastic removal projects on the same locations in the real world.

Collecting plastic waste from beaches and coasts doesn’t only cleans the ocean but can save the lives of endangered sea turtles and make a positive impact on the environment. Next Earth is leading the way among metaverses when it comes to social responsibility and takes it seriously to inform, educate, and make real impact together with its community and partner organizations.

To take part in this campaign, Next Earth users simply need to purchase land on any of the territories involved in the campaign. These territories are the same locations where SEE Turtles will implement plastic waste collecting projects from the income of the campaign. After purchasing land, users will be able to start a treasure hunt, where they need to remove trash from their tiles to see if there are any prizes hiding under them.

Under many tiles, Next Earth has placed $200,000 worth of NXTT in different values and 5 unique NFTs made by TinyWasteland. So not only will participants be supporting a good cause, but they also have the chance to win some amazing prizes. The campaign will officially launch in May, but Next Earth will announce the exact date soon.

In their livestream on 21 April, Noemi Magyar Head of CSR at Next Earth and Brad Nahill, President of SEE Turtles discussed the impact of their ongoing partnership and how the donations are turning into real help. Peter Csakvari, the artist behind TinyWasteland has also joined the discussion to talk about his art and how unique NFTs can be used in such campaigns.

This campaign is a great example of how a metaverse can use its platform to support a good cause and be socially responsible. By collaborating with SEE Turtles, Next Earth is making a positive impact on the environment and helping to save the lives of endangered species.

While Next Earth has always donated 10% of its transaction proceeds to charity, this is the first time it has launched a social responsibility campaign of this magnitude. This level of cooperation between a metaverse and its community is exciting and sets a precedent for how such platforms can be used to support environmental initiatives.

As the metaverse becomes more mainstream, it is important to remember that it can be used for more than just entertainment. Next Earth hopes that this campaign inspires other metaverses to use their platform to support causes and make a difference in the real world with the help of a virtual one.