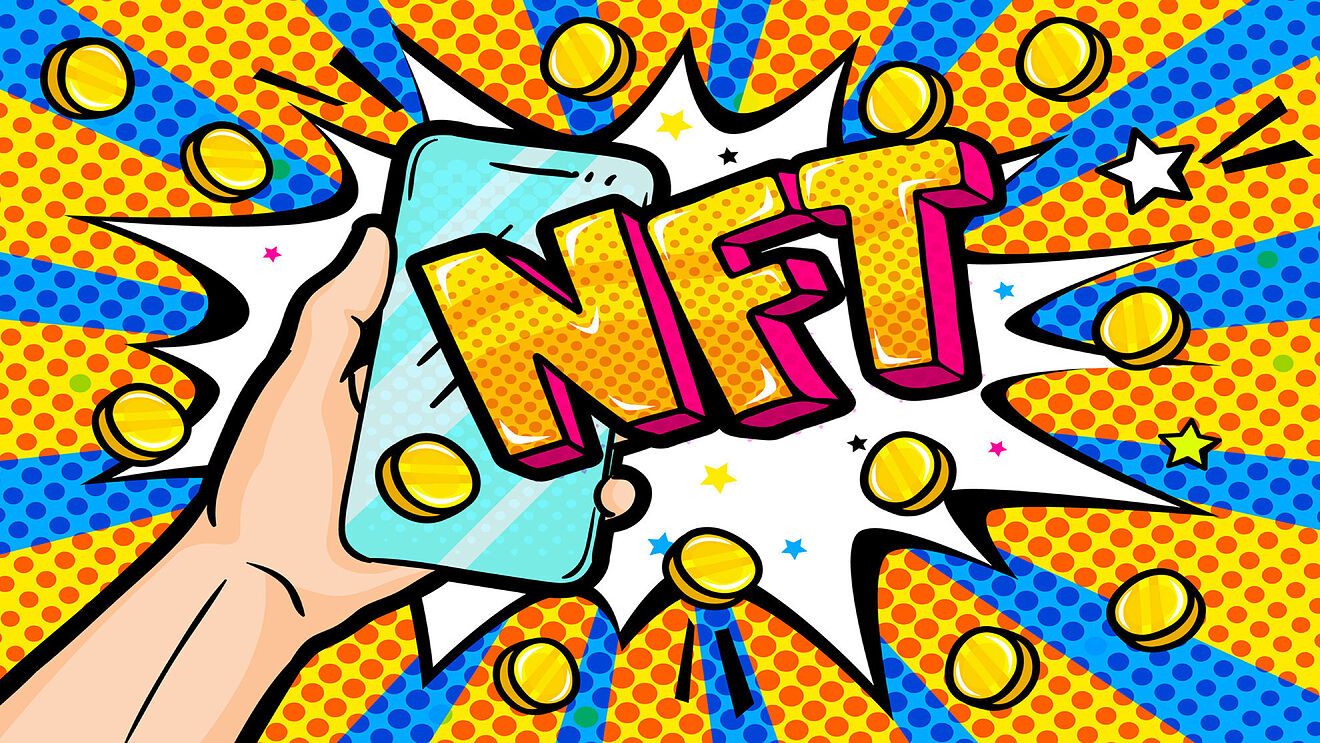 NFTs are still big in the crypto space and NFT marketplaces even more so. These are avenues where people are able to sell their NFTs and also display their work for potential investors. With the growth of the NFT space, marketplaces are seeing increasing support from those who are heavily involved. With time, it has evolved from one marketplace that dominates the space to a number of marketplaces now vying for supremacy.

OpenSea has maintained its position as the leading NFT marketplace. But the question is, how long can it hold on to this title? The platform is still the go-to for those looking to get started and purchase NFTs in general. However, rivals are picking up speed as they aim to take market share away from the leader in the space. One of those rivals is the NFT platform LooksRare.

The platform which recently launched is already rivaling OpenSea in terms of volume. OpenSea was well on its way to setting a new record for NFT trading after receiving over $2 billion worth of Ethereum in the first two weeks of January. But LooksRare had other plans. The platform which is much younger already set a record for itself with over $3.4 billion in Ethereum received in a single week. 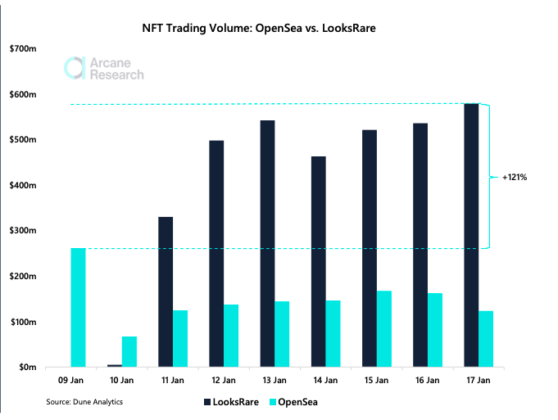 Sucking The LifeBlood Out Of OpenSea

LooksRare took a different but effective approach when coming from rival OpenSea in what Arcane Research refers to as a “vampire attack.” It basically targeted the already established user base of OpenSea, drawing them in with an airdrop. This airdrop was tailored to those who were active on the platform, going to those who had done at least 3 ETH in trading volume on OpenSea over a six-month period. These users were awarded $LOOKS tokens when they listed an NFT on the LooksRare platform.

LooksRare basically took a page out f the SushiSwap marketing book. The decentralized exchange had similarly targeted the established user base of rival Uniswap in its August 2020 launch by drawing them in with incentives in the form of a governance token.

LooksRare has however recorded faster success with this approach. In only a week after implementing its strategy, the platform is already outpacing that of OpenSea which has seen its volume decline by about 50%.

It is still left to see if LooksRare can continue to maintain such high volumes going forward but it continues to do incredibly well for itself. It has also beaten OpenSea’s daily record volume of $324 million when it recorded $578 million worth of ETH on January 17th.