You can’t right click and save-as the holiday season. That’s why we bring you NFTs In A Nutshell each week. It’s our 35th edition of the Nutshell, and our final edition of 2021. On behalf of our entire team at Bitcoinist, we appreciate you tuning in each weekend to catch up on all the biggest headlines from the past week in the wonderful world of NFTs – and we look forward to continuing into 2022 with more bite-sized reports to keep you up-to-speed.

Despite the holiday slowdown, there was plenty of action this week: one crypto exchange is exploring the ability of letting you utilize your NFT as collateral, Elon Musk and Jack Dorsey show a lack of enthusiasm, and the NFT equivalent of the ‘flippening’ seems to be taking place as we speak.

These are just a few of the biggest stories in NFTs this week. Let’s close the year out strong with the latest:

Leveraged NFTs? Kraken Says… Why Not

An NFT marketplace that doubles as a lending platform? Collateralized NFTs are an idea that has been floated around quite a bit, but one that has yet to be implemented by the biggest players thus far. Kraken is seemingly changing that, according to recent reports.

Check out the full report from Bitcoinist here.

The Croissant Vs. The Big Personalities

Like them or not, prominent crypto advocates Elon Musk and Jack Dorsey have undoubtedly spurred growth when it comes to awareness and adoption of crypto in mainstream outlets. However, recently both Musk and Dorsey have expressed skepticism around much of the chatter surrounding Web3.0, describing the phenomenon as some variation of a ‘repackaged Web2.0.’ Dorsey, of course, has been by-and-large framed as a ‘Bitcoin maxi,’ though he acknowledges himself that the big pictures goes beyond just Bitcoin.

This week, one crypto personality and writer, CroissantEth, made their rebuke. Other individuals in the crypto space, such as a16z’s own Chris Dixon, had a bit to say about the matter as well.

I am a huge fan of @jack and hope we can eventually bring him around to ETH and other blockchains.

BTC is great as digital gold but there are other important applications that require other chains.

Our sister network NewsBTC covered the story around the croissant’s perspective in great detail.

While traditional crypto chatter around the ‘flippening’ has revolved around the battle of Bitcoin vs. Ethereum, there’s been a growing ‘flippening’ discussion in the NFT world: Bored Ape Yacht Club and CryptoPunks.

Punks, of course, have had the ‘legacy’ identity of being behind the early days of NFT emergence. CryptoPunks were arguably the first ‘profile pic’ NFT, a symbol of status and community that paved the way for the NFT space. However, Bored Ape Yacht Club has pioneered the position of community – creating a group of individuals that have a shared sense of identity that is unmatched in the world of NFTs. The Yacht Club’s recent collaboration with Adidas is a picture-perfect example. Regardless, both Apes and Punks have undoubtedly solidified themselves as ‘blue chip’ NFT projects, in a sea of emerging NFT communities.

At the time of publishing, BAYC has a floor of 54.19 ETH on OpenSea, while the CryptoPunk floor on Larva Labs’ website is 65.50 ETH. However, this week, the chatter of the potential ‘flippening’ in price between Apes and Punks has been ramping up. In recent days, the BAYC floor actually did flip the Punk floor – however it hasn’t lasted long. However, the growing momentum in the Ape community suggests that the flip could be a long-lasting shift.

Instagram CEO Adam Mosseri hosted an AMA this week on the platform last weekend, fielding questions about the future of the platform. When asked about NFTs, Mosseri suggested that the social media platform is exploring them, saying:

“Nothing to announce yet, but we are definitely actively exploring NFTs and how we can make them more accessible to a wider audience. I think it’s an interesting place where we can play, and also a way to hopefully help creators”

No potential features or details surrounding how the platform could be engaging in the space have been released. However, the statement from Mosseri should come to no surprise for anyone who has been paying attention to crypto engagement in social media, especially given that Instagram is owned by recently rebranded Meta (Facebook). 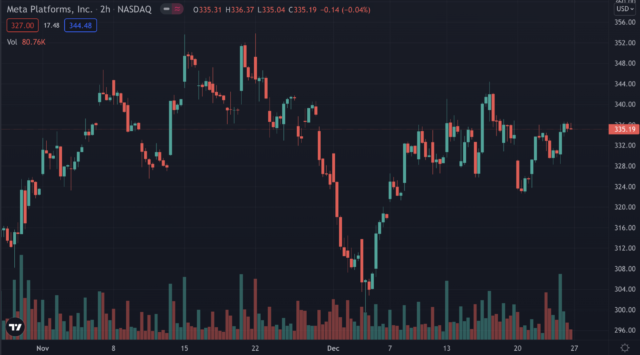