There was a lot of chatter around NFTs from big-time investors this week. However, some think that regulation is on the horizon as we jump into 2022. Meanwhile, a massive NFT art collector has over $2M worth of NFTs stolen, and a heated debate ensued.

Sure, it’s a holiday week, but we’re still cracking open the latest NFT news from the past week. As we dive into the new year, let’s close the books on 2021 with one final report of all of this week’s NFT action.

Cardano founder Charles Hoskinson was featured in an hour-long YouTube video to close out 2021, discussing the past, present and future of Cardano and crypto at large.

Hoskinson compared what he sees as imminent crackdowns on NFTs and DeFi as comparable to the ICO crackdowns from regulators in 2018 and 2019.

$2M+ Worth Of Stolen Apes Leads To Hot Debate Over Centralization

In one of the biggest Bored Ape Yacht Club steals to date, Twitter user and NFT art collector Todd Kramer reported this week that he lost over $2M worth of Bored Ape and Mutant Ape NFTs – 15 or 16 in total. He has since partially recovered some of the NFTs, but the story hasn’t come without it’s fair share of drama, as reports emerged that OpenSea froze some or all of the stolen assets.

Those reports led to heated debates over the degree of centralization that should exist on the blockchain. Kramer claimed that a phishing scam gained access to his hot wallet (i.e., a Metamask wallet or something similar). Kramer has a long series of tweets around the incident that have since been deleted.

Meanwhile, as the chatter ensued this week around the control that OpenSea should possess over individual transactions and NFTs, the platform banned two Ape Club copycats, both named Phunky Ape Yacht Club – designated as PAYC and PHAYC.

Both projects took original BAYC designs and flipped them, and both sold out within hours of initial launch. One community member of one of these spinoff projects described it as “a satirical take on the current state of NFTs.”

NFTs in gaming have been a hot topic, with some publishers and creative gaming companies electing to pump the brakes, while others have shown willingness to be a bit more aggressive. Japanese video game firm Square Enix, most known for it’s creation of Final Fantasy and Kingdom Hearts, could be positioning itself to get involved after recent statements from President Yosuke Matsuda.

Matsuda stated he “expect(s) to see an eventual right-sizing in digital goods deals as they become more commonplace among the general public, with the value of each available content corrected to their true estimated worth, and… look for them to become as familiar as dealings in physical goods.”

Matsuda also showed optimism in play-to-earn and blockchain based games, saying that “the driver that most enables… self-sustaining game growth is diversity, both in how people engage with interactive content like games, and in their motivations for doing so. Advances in token economies will likely add further momentum to this trend of diversification. I see the “play to earn” concept that has people so excited as a prime example of this.” 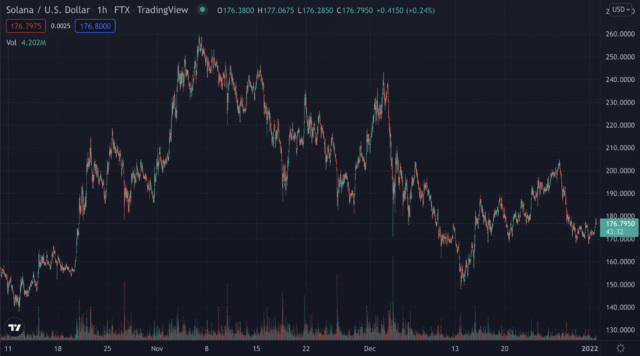 There was a quite a bit of chatter this holiday week around NFTs among big personalities, and we can add billionaire Ray Dalio to the list. In an interview this week, Dalio noted that not all projects will last, comparing NFTs to the early internet days. Dalio added that he believed “NFTs… can become a type of money that could eventually make people say ‘I’d rather own it than bitcoin.'”

Meanwhile, in an interview with Forbes this week, Kevin O’Leary shared similar sentiments around NFTs, stating: “I think non-fungible tokens are going to be bigger than bitcoin” and that he believes “2022 is going to be the year of the NFT.”

Twitch co-founder Justin Kan has officially launched his NFT gaming-focused marketplace Fractal this week. Fractal utilizes the Solana blockchain and is host to digital goods and looks to facilitate “cross-game” assets. Fractal has partnered with leading blockchain-based games to do so. The move was first announced from Kan in early December.