NFTs continue to make a splash with brands, music and entertainment, and other verticals. However, the excitement surrounding the NFT environment has cooled a bit relative to last month. Like most markets, we see cooler periods where the action is slower-moving and less substantial, and we may be entering (or into) that period. We saw windows of this last year as well.

Despite this, there was still plenty of activity in the NFT space this past week. As always, each weekend we take a look at all of the biggest action around NFTs over the past seven days with the NFT Nutshell.

Hip-hop artist Snoop Dogg has become an ardent NFT and crypto supporter in recent years, and with Snoop’s acquisition of Death Row Records, he is now looking to utilize the label as a ‘metaverse focused’ vehicle.

In a Clubhouse appearance this week, Snoop stated:

Snoop is releasing new avatar NFTs this coming week. Check out our full report for more details on Death Row, and Snoop’s current status around NFTs.

The New York Stock Exchange probably doesn’t come to mind when many people think about NFTs. Operating the biggest market on the globe, the NYSE has dabbled in NFTs in the past, and is now doubling down, according to reports this week.

The NYSE has filed new patents that signal that the exchange could be building a full-scale NFT marketplace. Details are limited, but the move is seemingly an extension of last year’s series of NFTs that the exchange released to commemorate six major public listings. 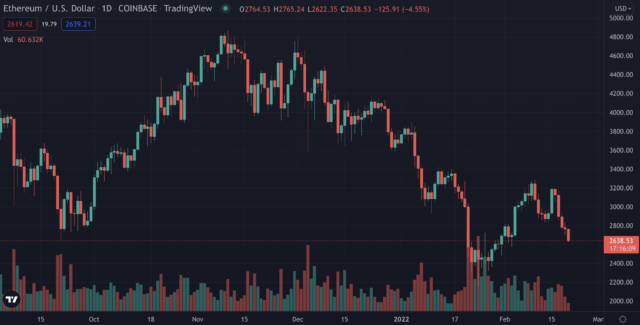 Three NFTs have been seized by UK tax authorities this week, around an alleged tax fraud probe from UK tax authority HMRC. It is one of the first times we’ve ever seen NFTs seized from a government body, and the HMRC claims that it is the first UK agency to do so. Three individuals have reportedly been arrested on suspicion of attempting to defraud the government of nearly $2M. Those individuals are accussed of running a massive ring of fictitious identities, equipped with prepaid phones and VPNs as part of an effort to obscure their identities and claim back more VAT than they were owed through fraudulent behavior.

Europe’s largest asset manager, Amundi, is based in France and manages over $2T worth of assets. Emerging reports this week have stated that Amundi is considering entering the NFT market; Amundi’s chief investment officer Vincent Mortier spoke with outlet Financial News, and stated that “ultimately, we cannot rule out that NFTs will also become investable assets.” NFTs, of course, have use cases that span beyond jpeg’s, so it will be interesting to see Amundi’s approach in entering the market should they indeed choose to do so.

Reese Witherspoon has been no stranger to NFTs, and now she’s stepping things up a notch. Reports released this week have unveiled that Witherspoon’s production company Hello Sunshine will be developing feature films and TV series based on NFT project ‘World of Women.’ The project was one of Witherspoon’s first entry-points into NFTs and has grown into being arguably a ‘blue chip’ NFT. We first covered Witherspoon’s fascination around non-fungible tokens back in an October publication of the Nutshell.

Victoria’s Secret, The Latest Brand To Engage With NFTs

Over the past few months, it feels like there’s a new brand – from apparel brands, to fast food conglomerates, and everything in between – entering the NFT space. This week, the latest brand to enter the space is Victoria’s Secret.

The company has reportedly filed up to four patents this week, and trademark attorney Michael Kondoudis stated on Twitter that the brand was working towards “virtual undergarments, footwear and fashion accessories” as NFTs.