After a sluggish start to the week, NFTs bounced back to close the week in a major way – led by a massive consolidation among a couple of the biggest projects in the space. Additionally, a major player in the NFT market has secured a new round of funding, Chinese tech behemoth Baidu is releasing NFTs, and an old face in P2P file sharing is making a comeback.

It’s our weekly roundup of all the biggest stories in the NFT space. Let’s crack open this week’s nutshell.

Easily the biggest story of the week was releasing in the past 48 hours or so, as Bored Ape Yacht Club creators Yuga Labs released a joint announcement with Larva Labs that Yuga would be acquiring two of the biggest projects in the NFT space, CryptoPunks and Meebits, from Larva.

While terms are not disclosed, it’s safe to assume that Yuga was willing to write a hefty check to secure these projects, and the team at Yuga has already stated that they intend to allow individual Punk and Meebit holders to be granted the rights to monetize their owned NFTs. Our full story released recently outlines all the details of the deal that we know thus far, and what it could mean moving forward.

Chinese internet and technology monster Baidu has been distributing 20,000 NFTs over the past couple days, with the anticipated release of a few thousand more avatar NFTs to come over the next few days. The NFTs are being release on Baidu’s own ‘Super Chain’ exclusive blockchain network. Baidu was the first in China to release their own public beta version of their owned blockchain, and the firm has been especially aggressive in the NFT space.

Australian-based NFT startup Immutable X has secured it’s latest funding round, sealing in $200M in funding through a Series C round spearheaded by Singapore’s state-owned investment firm Temasek. The funding allocated a valuation north of $1B for the firm, solidifying it as a ‘unicorn’ – Immutable has partnered with the likes of GameStop, as it has taken a strong footing in the gaming NFT space. 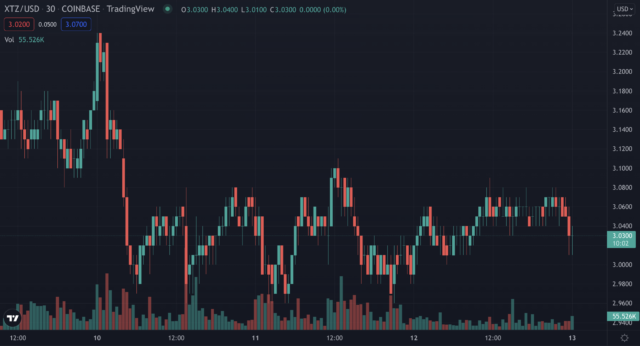 New Study: Over $18B In Trading Of NFTs Last Year

Combined trading volume of NFTs in 2021 was in excess of $18 billion dollars, according to our latest report, citing analysts at NonFungible.com. This was compared to a mere $82 million in 2020, with spring of 2021 serving as a signature moment of growth for the space.

While trending data shows early 2022 numbers underperforming relative to Q4 2021 – particularly this month, there is still strong engagement in the NFT space from a purely financial perspective – particularly in the secondary sale market.

Celebrating The Life Of Notorious BIG Through NFTs

Biggie Smalls, Notorious BIG is a hip-hop legend. Biggie’s estate has teamed up with growing, music-first NFT platform OneOf (backed by Quincy Jones) for the estate’s first engagement in NFTs. OneOf operates on Tezos, and the announcement was made on the 25th anniversary of Biggie’s passing.

According to the announcement, a portion of the proceeds from the NFTs will benefit the community-focused Christopher Wallace Memorial Foundation. The NFT series is inspired by the platinum-selling artist’s career and final album “Life After Death.”

LimeWire was a staple in early 2000s culture, a pioneering P2P file sharing software that was bound to get you mis-labeled music, excessive amounts of Rick Astley cuts, and probably an occasional virus or spyware. It was all part of the early file-sharing experience. LimeWire was shut down around 2010 after losing battles around copyright infringement.

Now, LimeWire is apparently making some sort of comeback – now as an NFT marketplace with a native LMWR token. NFTs on the platform will be labeled as ‘artifacts,’ and the marketplace is expected to begin rollout sometime between May and the end of the year.

Related Reading | ‘Between A Rock & A Hard Place:’ An EtherRock Sells For Pennies After Listing Accident