It’s the Labor Day Weekend edition of ‘NFTs In A Nutshell,’ but the NFT community isn’t taking days off. Venture capital firm a16z is looking to release a new slate of NFT frameworks that aim to protect creators, LG televisions are the latest to incorporate NFTs, and the hype around upcoming Solana-based NFT project, y00ts, continues to grow as mint is around the corner.

Consumer electronics firm LG is a major TV manufacturer, and has expressed interest in exploring NFTs on their television displays. The company announced an expansion of a previous relationship, in which LG was a governing council member on the Hedera network’s external partnerships. LG announced the ‘LG Art Lab’ in recent days, which will utilize Hedera’s blockchain to bring NFTs to user screens.

The move follows their competitor, Samsung, who paired with NFT marketplace Nifty Gateway earlier this year, to bring to market similar offerings.

It’s hard to find pre-mint hype as expansive and momentous as ‘y00ts’ in recent weeks. That’s come to a head this week as the project finally approached mint date. However, the y00ts team have had to push back mint following a blocking bug. The project has arguably been the most hyped pre-mint NFT project in history – and certainly the most hyped project on the Solana blockchain, pioneered by the same head of leading Solana-based project, DeGods.

We published a deep dive into the y00ts hype over on our sister network, NewsBTC.

NFT investigative team Rug Pull Finder found itself on the receiving end of some mischief last week, following the team’s anticipated NFT giveaway. The team’s NFT release was supposed to be gated to one mint per person, however a smart contract bug allowed a couple users to mint several hundred NFTs.

Rug Pull Finder negotiated with the two and bought back the NFTs so as to keep the mint count as advertised, while admitting that they “messed up big.” 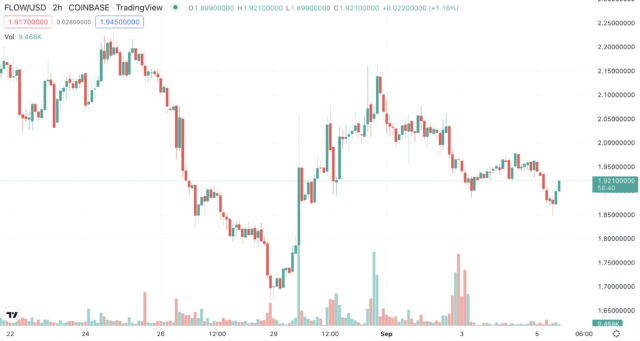 Actor Bill Murray sought to utilize NFTs for good last week, auctioning off a “Beer With Bill Murray” NFT that would send proceeds to charity and allow the winner a day of activities with Murray. The actor’s wallet became victim to a hacker following the auction, however, running off with nearly 120 ETH – north of $180K. The auction’s runner-up winner donated the equivalent to reimburse the charity.

Live Nation’s ticket subsidiary, Ticketmaster, has a dominant position in the ticketing market when it comes to live events. Of course, NFTs have been cited by advocates as one of the biggest potential pillars for measurable utility, and are applicable across a variety of events – from concerts to sports and beyond.

This momentum could be seeing a build-up, after Ticketmaster announced a new deal with Dapper Labs and their Flow blockchain this past week. The two will be working on upleveling ticket benefits to build something more than just a ticket stub, and more akin to a “digital keepsake.”

Venture capital monster and NFT advocate Andreessen Horowitz, commonly known as a16z, shared a taste of a new NFT licensing framework in recent days. The firm aims to provide, at no cost, “six types of lawyer-vetted licenses creators can use to control ownership of an artwork,” according to our team’s report.

The license is expected to be called “Can’t Be Evil,” and looks to build a common ground framework that is artist-friendly, protecting their creative integrity while still falling in line with government regulations. Given the dynamic nature of government perspective on the matter (as well as the diversity in government perspectives globally), this could end up being an iterative license as the market matures.