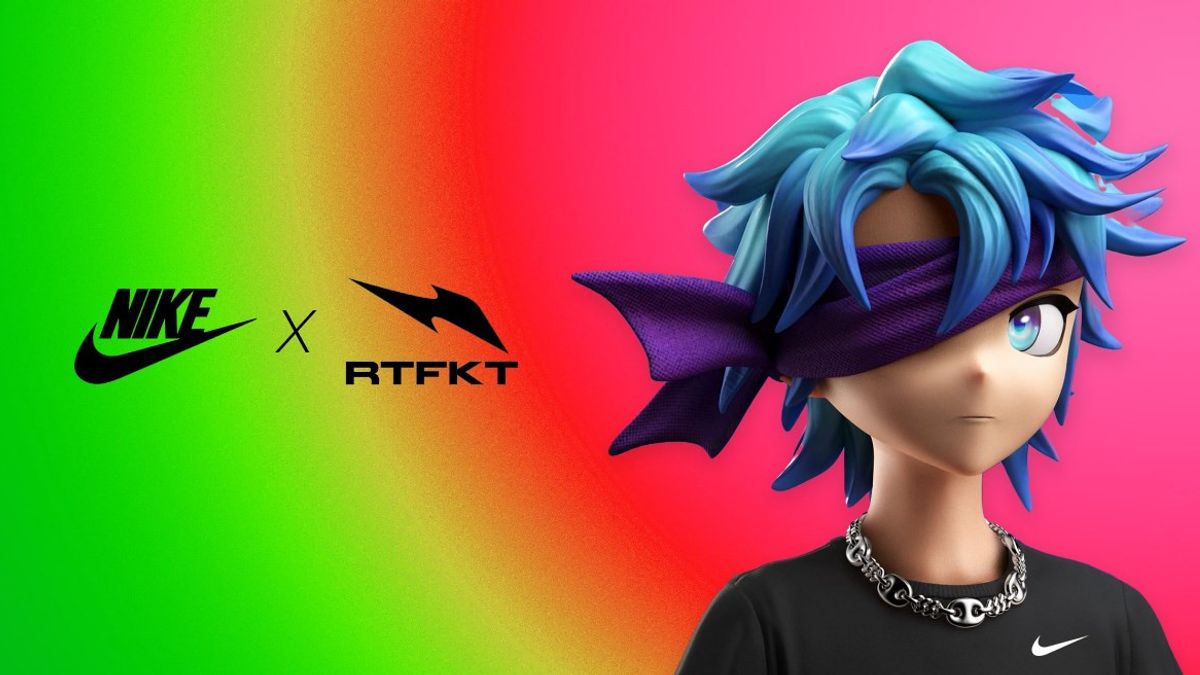 Sometime in January, everyone was puzzled with the sneak preview of an NFT called MNLTH, a silvery cube with the famous Nike logo.

Later on, to spice things up, RTFKT have set up a trail for their followers to complete quests to uncover what’s inside the mysterious cube.

After three months of anticipation, the cube has been unboxed so-to-speak revealing a pair of digital sneakers coined as Nike CryptoKicks.

The NFT sneaker is inspired by Nike Dunk and can be personalized as you can choose among eight RTFKT skin vials.

RTFKT popularized Clone X NFT. The startup was established in January 2020 and has since started to expand and collaborate with big names in the industry such as with Lexus, Takashi Mukami, and Jeff Staple, to name some.

In December 2021, Nike made that giant swoosh by acquiring RTFKT Studios. The partnership has been immensely successful since then. RTFKT is famous for creating a unique line of digital sneakers that are sold as NFT.

Now, they have launched an NFT that captivated the metaverse and the world. CryptoKicks Is just part of the kick-off party because Nike and RTFKT have many digital products lined up and set to be revealed next month.

CryptoKicks is the first-of-its-kind Ethereum NFT based on the iconic Nike Dunk design. CryptoKicks definitely gives you the kicks with its futuristic design. It’s a digital wearable sneaker that can be used in the metaverse.

RTFKT has tickled NFT users with a teaser video put out on Twitter showing the multitude of options allowing users to manipulate the look of CryptoKicks using different skin vials. Alternatively, these can also be swapped to your preferred styles.

You can open Nike’s CryptoKicks by watching out for the airdrops from RTFKT’s MNLTH ETH NFTs. It’s for free to those who have the CloneX profile picture NFTs as well as other NFTs from RTFKT Studio.

What’s Inside The Metallic Vault?

NFT collectors who are looking to get hold of the first-ever Nike CryptoKicks should be ready to figure out puzzles and series of quests to open the CryptoKicks NFT vault.

The holders of this sought-after NFT sneaker revealed that the MNLTH vault contains a pair CryptoKicks, a skin vial, and another MNLTH vault.

The CryptoKicks have this evolution path that allows them to morph into another form or style with the use of so-called evolutive skins. The current holders of CryptoKicks are now reselling the digital sneakers at about 5 ETH.