Nike has filed a trademark and service mark application with the United States Patent and Trademark Office for protection over the brand ‘Cryptokicks.’ The document reveals the company’s intention to launch its own cryptocurrency and associated services.

Nike Intends to Launch Own Cryptocurrency

Nike Inc., one of the leading and most popular manufacturers of shoes in the entire world, has filed a trademark and service application seeking protection over the “Cryptokicks” brand on April 19th.

The document’s filing basis falls within section 1B, which means that it’s filed based on the company’s bona fide intention to use the trademark in commerce.

As the identification of some of the services Nike intends to work on, the document outlines “financial services, namely, providing a digital currency or digital token for use by members of an online community via a global computer network.” 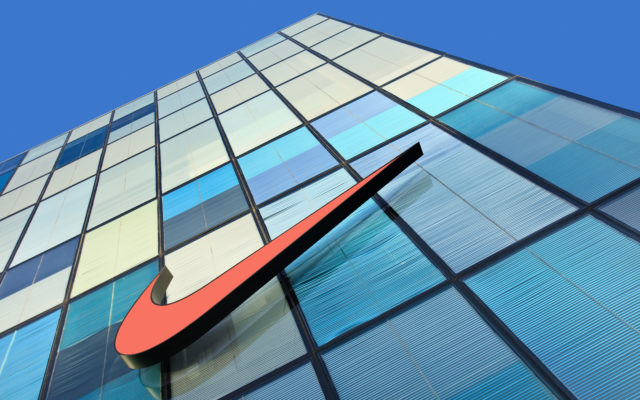 Commenting on the matter was trademark attorney Josh Gerben, who said:

There has to be somewhat of a business idea behind it. If you submit things just for the purpose of submitting things, it will tie up the trademark system unnecessarily. Nike does not have a history of filings that are speculative.

Reportedly, the attorney has also said that there’s a 30-day period to appeal the application. If approved, however, Nike would have reserved the “Cryptokicks” name for a period of four years, during which it would need to launch a commercial product with that name.

There’s a requirement that you commercially use a trademark to get the rights to it.

Shoes On The Blockchain?

At this point, it’s questionable how Nike intends to use the cryptocurrency and what its purpose would be. However, looking at the items that seek protection, we can see that the company has more than once stressed on the fact that the cryptocurrency will be put up for use “by members of an online community.”

This could mean that Nike intends to use the Cryptokicks cryptocurrency as part of some closed community incentive program.

Interestingly enough, earlier this year, Nike also unveiled its self-lacing HyperAdapt trainers model, which is also rechargeable. Perhaps the patent hints at some sort of incentive system for people wearing these trainers. The cryptocurrency could serve as some kind of rewards mechanism, though it’s too early to tell. One can also easily see how a cryptocurrency wallet fits in that plan as well.

Besides launching its own cryptocurrency, Nike also intends to create a lot of associated products and services. In one of the sections, we come across the following:

The company also intends to create cryptocurrency software and hardware wallets, mobile apps for “providing access to crypto-collectibles, crypto-art, and application tokens,” and so forth.

What do you think Nike will do with the Cryptokicks trademark? Don’t hesitate to let us know in the comments below!