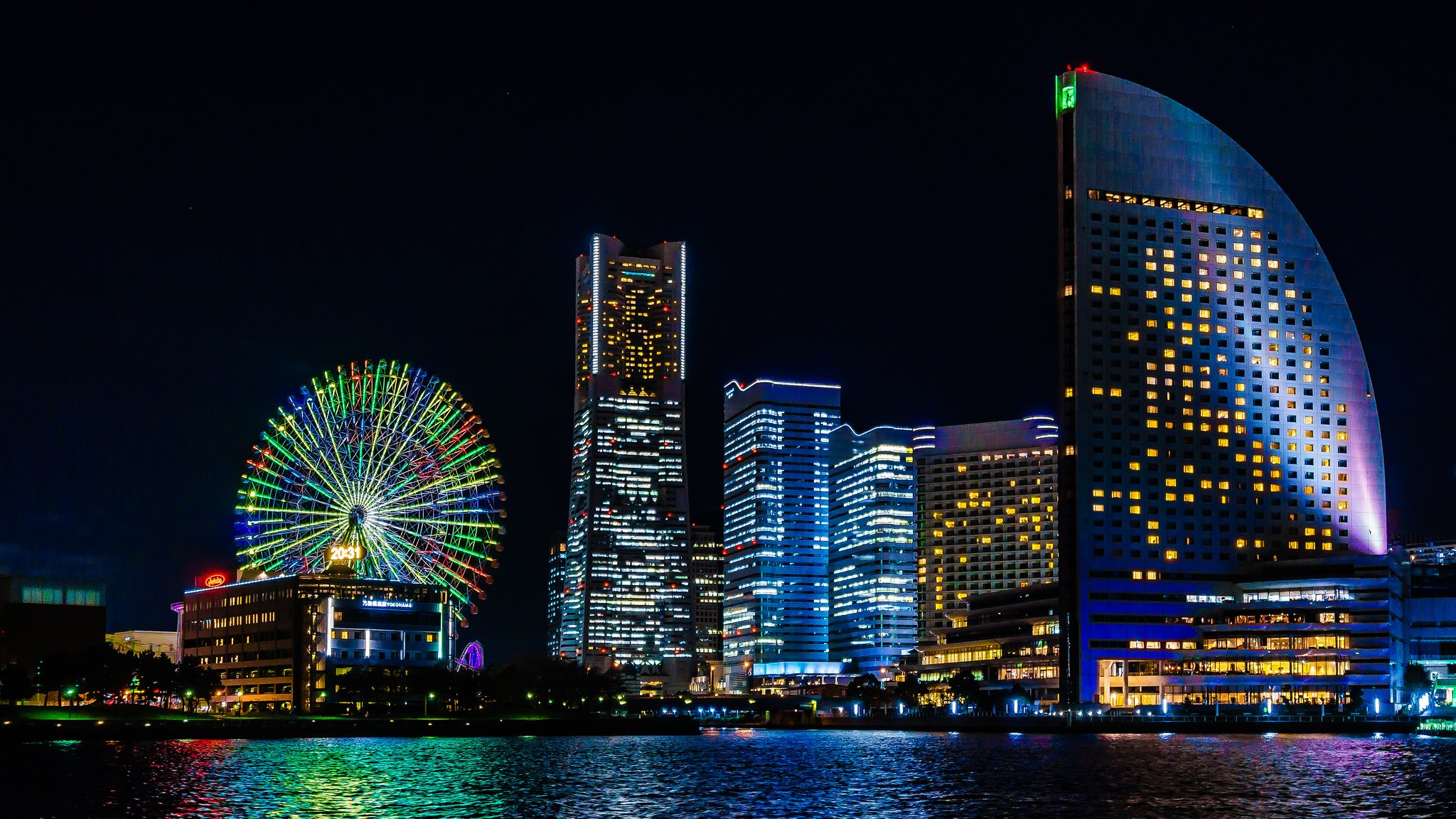 Here’s a look at Nomura’s suggestion that bitcoin is translating to a wealth effect in Japan.

During the first half of 2017 and, indeed, throughout the majority of the preceding two years, the majority of volume in the bitcoin space was rooted in China. The Asian superpower dominated mining, played host to the largest and most trusted exchanges and individual speculation, both from a short-term trading and a long-term holding perspective, was rife.

Then, in the summer of that year, the Chinese government moved to ban bitcoin. Exchanges were closed and traders and investors sought an alternative home for their crypto assets.

Japan proved the most desirable alternative and – subsequently – the latter became the market’s economy of choice.

Take a look at the image below: 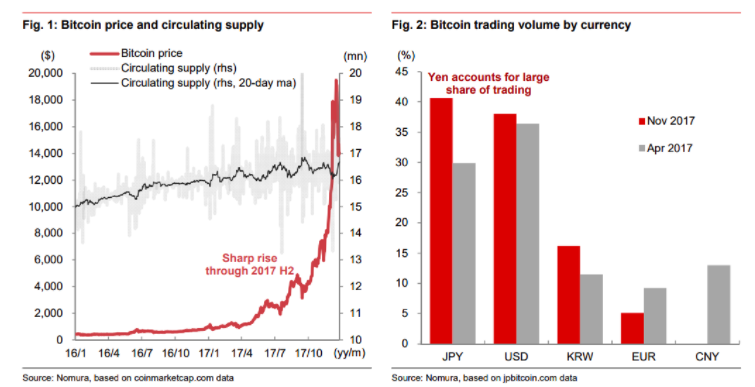 As the chart on the right of the two illustrated above shows, Yen transactions account for more than 40% of global bitcoin volume as of November 2017. Just six months earlier, in April of last year, the Japanese currency accounted for less than 30%, while USD transactions led with just above 35% of volume.

So Why Is All This Important?

Because the same analysts (Nomura) have taken this rise in Yen/bitcoin volume and extrapolated that it has translated to a wealth effect in the region.

Analysts suggest that an increase of ¥10 billion in wealth boosts personal consumption by between ¥0.2 and ¥0.4 billion. Now combine this with the fact that we know that much of the Chinese volume has gone to Japan and that this shift has taken place against a backdrop of one of the steepest rises in asset value we’ve seen in any asset in history.

Based on these points, it’s a natural conclusion that the individuals that hold this bitcoin (and that have enjoyed both a steep increase in the value of the bitcoin they hold over the last six months or so and an increase in their numeric holdings), that these individuals will feel wealthier.

A standard theory in classical economics outlines the above-mentioned wealth effect, suggesting that the wealthier an individual feels, the more they will spend. And this isn’t limited to liquid assets. When house prices rise, people spend more because they feel wealthier – even though they’ve got the same amount of disposable income in their bank accounts.

And it’s in this concept that Nomura’s Japanese bitcoin-induced wealth effect suggestion is rooted.

Whether it will play out this way remains to be seen. There’s an argument that the volatility we are seeing in cryptocurrency right now may dilute the wealth effect somewhat.

What do you think of this concept? If bitcoin produces a wealth effect, is this a tangible national and economic benefit? Let us know in the comments below!