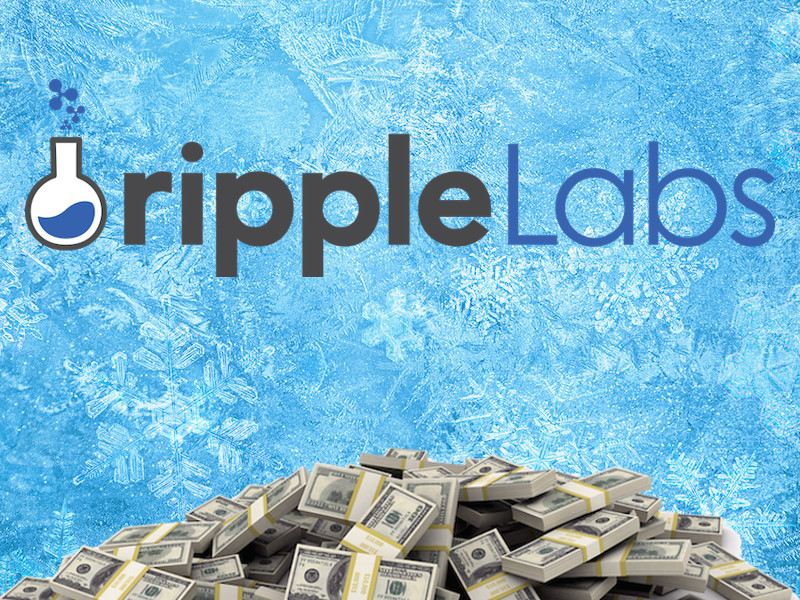 The Ripple payment network is facing criticism this week over revelations about the liquidity of some of its assets. It’s come to light that Ripple gateways — the onramps and offramps of the network — have the ability to “freeze” user funds at will. Furthermore, Ripple Labs has already used its influence to convince Bitstamp, a prominent gateway and exchange, to freeze $1 million worth of funds belonging to Ripple’s departed founder Jed McCaleb.

Ripple “gateways” act as trusted entry and exit points for the payment network, providing users with specialized institutions for converting regular currencies and assets into IOU’s which can be traded on Ripple. However, there exists a relatively new feature in the Ripple protocol that enables gateways to freeze those IOU’s and prevent them from being traded. This feature was first implemented in August of last year and phased in over the following month.

A page on the Ripple wiki describing the feature was submitted to the /r/Bitcoin subreddit Saturday and catalyzed a heated discussion about the issue. The Ripple wiki subsequently went down, but can still be accessed via the Internet Archive.

Gateways have two methods of freezing funds, each intended for different scenarios. The first is dubbed a “global freeze.” This would cease all trading activity of every IOU issued by that gateway across the board. The global freeze is intended for cases when the gateway’s wallets have been compromised, or when it wants to migrate users to a new issuing account, according to a bulletin by Ripple Labs.

The second method is more targeted. The “individual account freeze” enables the gateway to cease all trading of one person’s funds, preventing them from sending the IOU’s to another person or gateway on the Ripple network. This method is intended for users with “suspicious or unusual account activity,” users who have violated the gateway’s terms of service, or in the case of a dispute resolution being handled by a third party.

It should be noted that gateways have the option of permanently disabling their own ability to freeze funds, and were supposed to notify their users months ago if they planned on retaining the freeze feature. But it remains unclear exactly how many, and which ones, still have the ability to freeze funds on an individual and global basis.

“The Ripple protocol allows each gateway to decide its own policy so users have a choice between using a freeze or no-freeze gateway, depending on their preference,” said Monica Long, VP of marketing and communications at Ripple Labs, in a statement to Bitcoinist.net. “It is a necessary legal requirement for a gateway to operate in most jurisdictions. It also supports a healthy ecosystem by reducing risks and protecting users. If a user thinks his or her funds were unjustly frozen, he or she can take legal recourse through the appropriate channels.”

The individual freeze was most notably used by on March 31 by the bitcoin exchange Bitstamp, which also acts as a Ripple gateway. Jed McCaleb, the original founder of Ripple Labs, was attempting to sell over 96 million XRP — the native currency of the Ripple network — which his family received when he started the company. Converted to US dollars, that sum of XRP was equivalent to over $1 million.

In order to “avoid and mitigate irreparable harm and damages” to the value of XRP, a Ripple Labs agent went on the Bitstamp gateway and placed an order paying $1,038,172 for McCaleb’s stash of XRP, according to a report by CoinDesk. Once the transaction completed, however, Ripple Labs demanded that Bitstamp use its gateway power to freeze McCaleb’s account and prevent him from withdrawing the actual cash.

Ripple Labs then requested that the transaction be reversed — it wanted the $1,038,172 returned, and in exchange it would send the 96,342,361.6 XRP back to McCaleb. The matter was complicated by the fact that McCaleb had already used some of the cash to purchase STR, the native currency of McCaleb’s new project, Stellar.

By complying with the request to freeze McCaleb’s funds, Bitstamp effectively became the middleman in a high-stakes dispute between Ripple Labs and its former founder. With the $1 million transaction frozen in time, Bitstamp decided to file a lawsuit in California district court against all parties involved. The exchange requested the court’s assistance in determining where the disputed money should go, opening up a legal can of worms that could last for months or even years.

The entire fiasco was only made possible by an eight-month-old feature in the Ripple protocol that allows gateways like Bitstamp the ability to freeze user funds. McCaleb may or may not have had the legal right to sell 96 million XRP in one big batch, but he would’ve had the technical ability to do so if it weren’t for Bitstamp exercising its freezing power as a Ripple gateway.

Update: Commenters affiliated with Ripple have pointed out that McCaleb was trying to sell “Founder tokens” of XRP which were subject to a vesting agreement between him and Ripple Labs. This contract was made in August 2014 and stipulated he was only allowed to sell $10,000 worth of XRP per week. However, McCaleb alleges that the hoard of over 96 million XRP had been gifted to his family members — specifically cousin Jacob Stephenson — prior to the contract with Ripple Labs, and therefore is not subject to the $10,000 per week selloff limit.

It’s worth noting that Ripple itself did not initiate the freeze of McCaleb’s funds, and this was instead done by Bitstamp acting as an independent gateway.

Also referenced was the example of digital currency exchange JustCoin, which suffered a hack and attempted theft in October 2014. At that time, JustCoin used its power as a Ripple gateway to freeze the funds of the attacker and notify Ripple administrators. This points to a potential upside of the freeze flag feature, in that it can stop a theft from being completed against a digital currency exchange.

Furthermore, commenters pointed out that the freeze flag has been common knowledge in the Ripple community for months, and that it’s a necessary feature in order for gateways to comply with the law in many jurisdictions.

Does this call into question the liquidity of assets on the Ripple network? Will we see more examples of Ripple gateways freezing user funds? Sound off in the comments below!