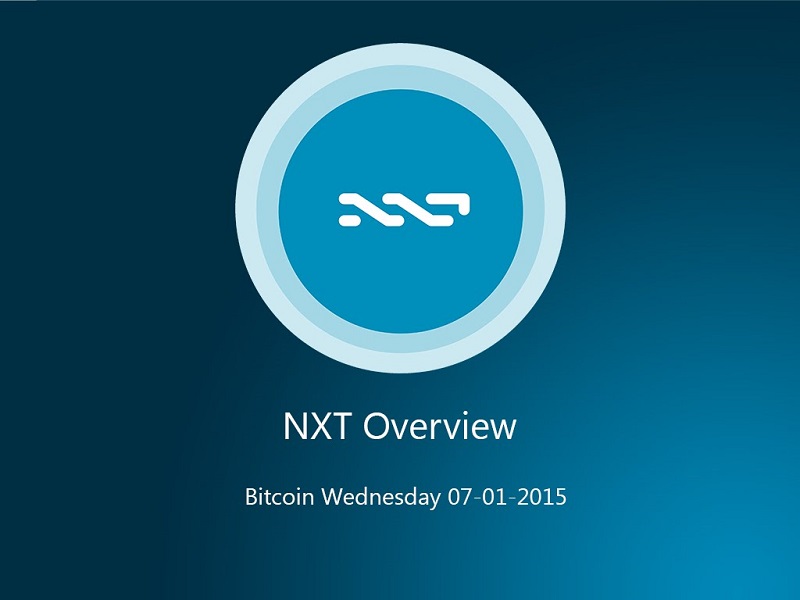 NXT to Step Up its Game in Version 1.5 Launch

The company behind NXT is planning to make a name for its relatively unheard of cryptocurrency. NXT aims to remove the limitations currently restricting the blockchain, and create a transparent trading platform so people from around the world can have access to the currency. More importantly, the platform has also been received open-heartedly by investors and by those who represent prominent figures in the cryptocurrency market.

Disclaimer: This press release was provided by Bitcoin PR Buzz. Bitcoinist is not affiliated with NXT and is not responsible for its products and/or services.

Since its launch in 2013, NXT has been used for different purposes, including the use from the NRS client software, or its incorporation in third party applications. The beauty of the structure is that from its start, it was built as a modular system, which means that the platform is able to process multiple transaction types, which wouldn’t normally be compatible with one another. Together with this, as Decentralised Autonomous Organizations have been looking for a transparent way to store their transaction history, Nxt decided to step up and offered its platform to all of the DAOs which were interested. With this in mind, any DAO can go ahead and keep all of their transaction records in a transparent manner over on the Blockchain, with the help of the platform and tools that are currently provided by Nxt.

Not long ago, a new version of the NXT software was released, which is bound to introduce a couple of exciting features, meant to improve security and the overall state of the platform. With this in mind, some of the new features that have been included are account authorisation via the issue of secure tokens, a reliable voting platform, enhanced data transfer and storage capabilities, multi-signature transactions, the possibility of tracking coins and much more. According to the developers and to the analysis which has been carried out, all of these new features will greatly improve the stability of the Bitcoin alternative, while also encouraging a larger number of people to go ahead and give Nxt a try.

Based on everything that has been mentioned so far, NXT is a great choice for any DAO, but also for individuals from all around the world. As its influence on the cryptocurrency market continues to expand, chances are that its user base will head towards the same direction in the near future.