The online privacy discussion is heating up again as President Obama and the Brave browser raised concerns regarding data collection from both the government and the private sector. This time, the debate hits close to home for Bitcoiners, since both Obama’s recent South by Southwest speech and Brave Software take particular interest in our favorite digital currency.

Also read: The Vanbex Report: The Tangle and the Blockchain 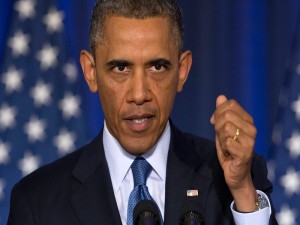 On March 11, At South by Southwest in Austin, Texas President Obama gave a speech about the current state of digital privacy and the recent Apple backdoor controversy. Obama appealed to America’s sense of security by warning of a world where an absence of backdoors made it impossible to stop pedophiles and terrorists:

“If, technologically, it is possible to make an impenetrable device where there is no key, no door at all, how do we apprehend the child pornographer, how do we disrupt a terrorist plot?”

The president warned South by Southwest attendees against “fetishizing our phones,” arguing that the rules regarding data privacy should mirror privacy rules for tangible property. Obama argued that authorities can get a warrant to search your physical property, allowing them to “rifle through your underwear,” but for some reason Americans think phones are off limits.

Obama then raised interest among Bitcoiners with his ambiguous comment regarding financial technology on cryptographically secure phones:

“If the government can’t get in [to cellphones], then everybody is walking around with a Swiss Bank account in their pocket. There has to be some concession to the need to be able to get into that information somehow.”

This comment garnered attention from the Bitcoin media, with both Bitcoinist and Bitcoin.com covering the speech. Bitcoin.com reported that “It is safe to say that most Bitcoin users are pro-encryption and feel [Obama’s] statements are absurd on all levels.”

In the private sector, the highly-publicized Brave browser by Brave Software received criticism from Bitcoinist regarding the browser’s data collection practices. Our article on the browser warned that Brave’s bitcoin-powered ad replacement system “might make the browser even worse for your privacy than existing solutions.

Citing Brave’s FAQ, the article pointed out that:

“‘…the browser knows almost everything you do. It knows what sites you visit, how much time you spend on them, what you look at, what is visible “above the fold” and not occluded by opaque layers, what searches you make, what groups of tabs you open while researching major purchases, etc.’” 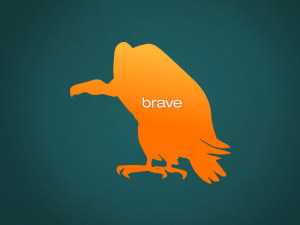 Given the amount of private data collected by the Brave browser, the author warns that “A bug or exploit . . . could mean widespread hemorrhages of private information.”

A Brave Software representative commented on the article with a lengthy list of rebuttals, making the case that people shouldn’t be worried about the browser’s data collection:

1. On the general point about browser data handling: all browsers hold user data (including PII) in both memory and local files, at least during the life of a browsing session, and for some data, across sessions. Brave is no different in this regard.

2. Our private, browser-based ad preferences inference engine operates on the same data all browsers keep, and summarizes results into small sets of tags or keywords sent to our partner Sonobi to match ads. These tag sets are ephemeral and do not re-identify users or comprise anything like an entire user profile.

3. Unlike almost all other browsers, Brave is fully open source, which enables auditing and verification of our privacy-protecting code, including by third parties in multiple regions. We will engage both activist and commercial auditors to verify the properties of our system when it is implemented.

4. Security is a process, not an end-state, and this is true of browser security too of course. Brave is based on Google and Apple open source projects, and so benefits from industry-leading disclosure, bug fixing, and testing practices.

5. On data privacy against remote trackers, Brave is better than other browsers that, without use of several extensions for ad blocking, tracking protection, and anti-fingerprinting, allow user data to be exfiltrated from local device storage into giant collections by third-party trackers.

The Brave representative advanced 9 counterarguments in total, all of which can be viewed in the comments section of the original article on Bitcoinist.

As block size mudslinging slowed down — at least for a little while — worries about privacy surfaced in the past week. If anything, these worries show that Bitcoiners are vigilant and protective of their privacy, worrying that prying government eyes or snooping internet browsers could compromise the financial sovereignty they have managed to carve out for themselves through cryptocurrency.

What do you think about the recent discussions about privacy taking place in the Bitcoin world? Let us know in the comments below!