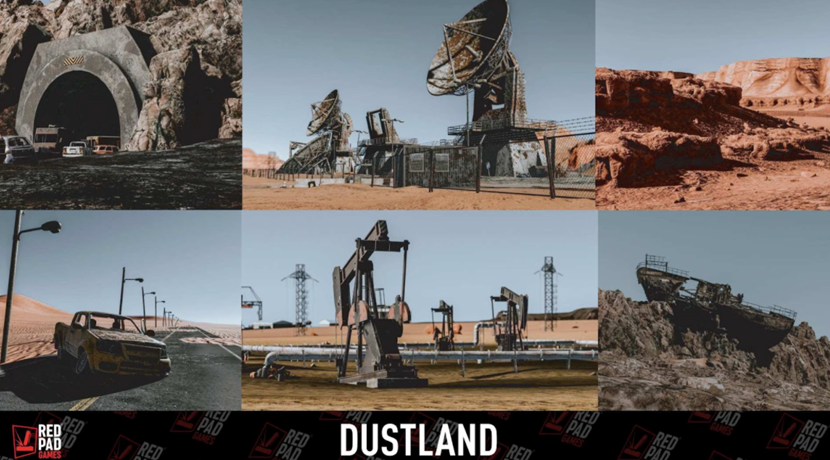 by Bitcoinist
in Press releases
23

Omni-chain GameFi publishing platform Gmatrixs and the international top game development team RPGC (RedPadGames) reached deep cooperation. Both parties will carry out in-depth cooperation in the expansion of the global game market, the development and release of GameFi, and the release of game assets, so as to jointly expand the global GameFi market and bring high quality GameFi works to game players.

RedPadGames is a Swiss video game development company with 18 years of experience in the Games industry, which has cooperated with Steam, Epic Games, amazon and many other famous companies and participated in world of Warcraft, Call of Duty, World of Tanks and other well-known game projects. RPGC is also aware of the broad prospects of the GameFi market, and is currently committed to building a dedicated community of game players, providing quality game services to players, and enabling players to gain long-term revenue. RPGC first major game is Dustland, which has been in development for three years and is now ready to launch. The second action game is WARTIDE WORLDS, which is in the final stages of development, combining MMO, RTS and RPGS. These two high quality games are also an important step in RPGC’s expansion into the online GameFi market.

Both sides have a high degree of matching in their respective resource reserves and demand complementarity. The RPGC team said: the global gaming market is growing rapidly, and the GameFi market has great prospects. Gmatrixs has strong technical strength, through providing SDK for traditional game developers to achieve blockchain reform with the sound infrastructure. We hope that through this cooperation, RPGC’s games can complete the blockchain reform and serve global game players.

Gmatrixs will provide RPGC’s game projects with a full set of SDK middleware and stand-alone chain technology services to help the game speed up the process of recording dates on the blockchain, and the earliest technology deployment can be completed within a week. At the same time, Gmatrixs platform has Launchpad, NFTmarketplace, Dex and other infrastructure and tools, which can quickly help game developers to complete the game assets on the blockchain and circulation transactions. This is also the biggest threshold for traditional game developers to enter the GameFi industry.

After the wild growth of the GameFi industry in 2021, the application scenario of blockchain technology in the game industry has been verified.

However, the whole industry is still in the early stage of development. In the traditional game industry, the game distribution platform is one of the indispensable links. The mode of division of labor between game developers and game publishers has been tested by the market in the traditional game industry and learned from the GameFi industry in the early stage of industry development. Gmatrixss is positioned as a Omni-chain publishing platform, providing game developers with a full set of solutions for the blockchain reform and distribution. Gmatrixss has entered into a deep partnership with RedPadGames, an excellent game development studio, which will be a milestone for the industry as a whole.