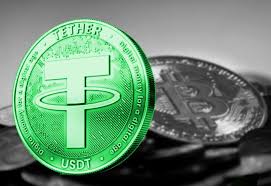 Over $10 Billion Pulled From USDT As Stablecoin Crises Continues

by Best Owie
in Stablecoin
0

The uncertainty around stablecoins had begun with the UST crash and inevitably spilled unto others such as USDT. This uncertainty has continued to linger weeks after the crash leading to investors moving out of stablecoins. The aftermath of the UST crash has left USDT as the most challenged stablecoin in the space and has seen billions redeemed in just a matter of weeks.

In the past two weeks, investors have pulled more than $10 billion out of USDT. This has seen the market cap of the digital asset fall to $75 billion over the course of two weeks. Most of this has been from fear arising from UST which had lost its peg and fallen to $0.06 where it is currently trading. As a result of this, a number of investors had lost billions of dollars over the last couple of weeks.

The crash had drawn further regulatory scrutiny regarding stablecoins and their ability to not only maintain their peg but protect investors in the process. Do Kwon, founder of the Terra Network, has been at the center of this scrutiny as the South Korean government tries to figure out what went wrong.

USDT continues to be the subject of various challenges in the market. Initially, it succumbed to these challenges when its value fell to $0.95 losing its peg. It had recovered soon after. However, the damage was done as more than $1 billion had been withdrawn from USDT on Friday alone.

Stablecoins Still In The Game

Despite all of the challenges from recent times, most stablecoins have still managed to hold their ground. The biggest ones such as USDT, USDC, and BUSD are still doing quite well and are still favored among investors looking for cover from the extreme volatility of the crypto market.

As of the time of writing, stablecoins still feature heavily in the top 10 cryptocurrencies by market cap, clenching three out of 10 spots. USDT which has been the worst hit in the aftermath of the UST crash still maintains its position as the largest stablecoin in the market at $73.2 billion. This also makes it the third-largest cryptocurrency by market cap, falling behind only Bitcoin and Ethereum.

USDC and BUSD are also maintaining their hold in their various positions. Circle’s USDC is the second-largest stablecoin and fourth-largest cryptocurrency by market cap at $53.2 billion. Binance USD is currently trending at $0.9995 which puts it at a market cap of $18.3 billion. This market cap puts it ahead of market favorites such as Cardano, Solana, and Dogecoin.

However, USDC is the only stablecoin out of the three that continues to maintain its $1 value. Both USDT and BUSD are still trading below the $1 mark, including DAI, a decentralized stablecoin.