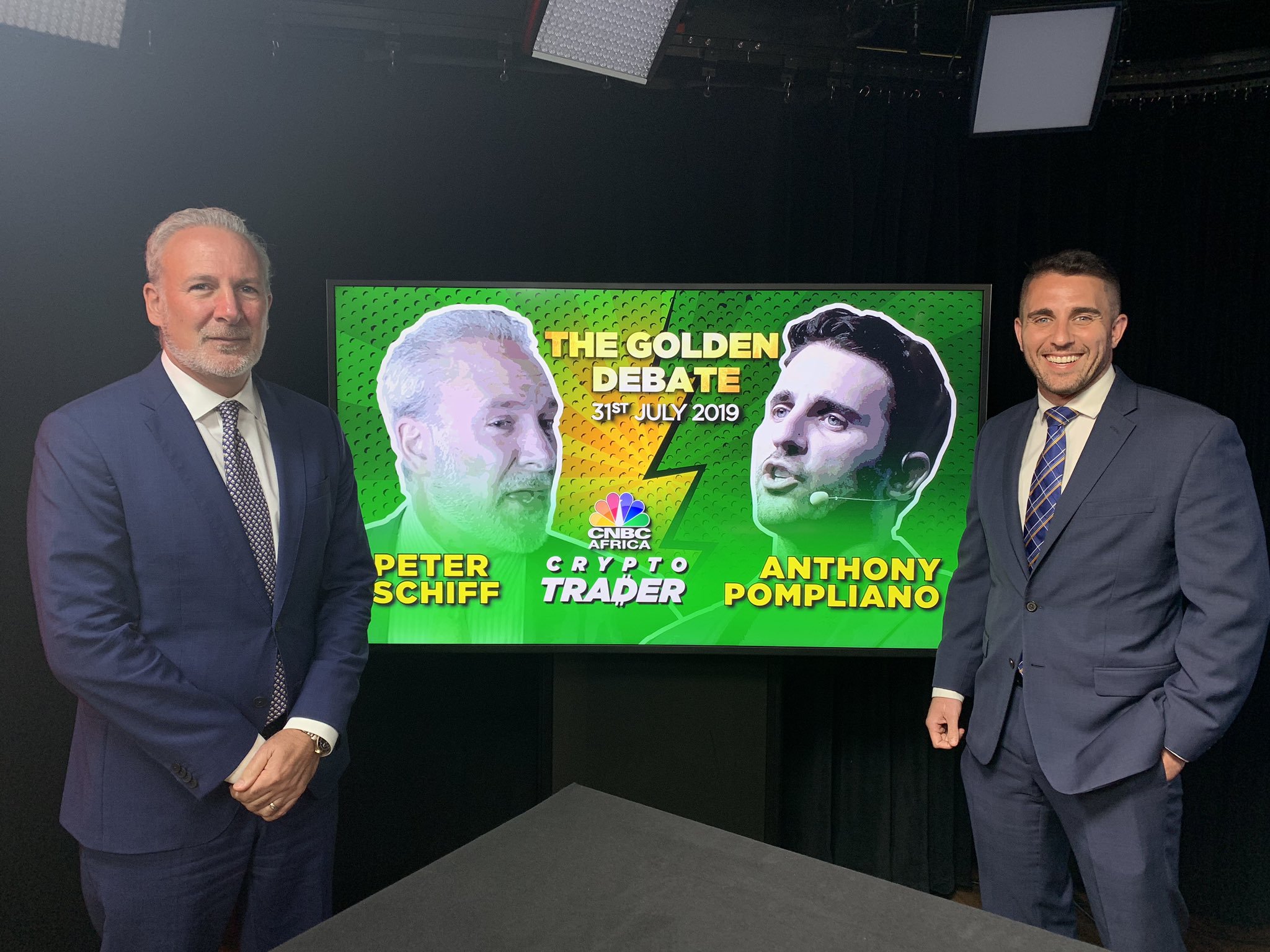 Peter Schiff Will Regret Being Wrong About Bitcoin: Pompliano In CNBC Debate

Gold bug Peter Schiff will be “kicking himself forever” if he turns out to be even 1% wrong about Bitcoin. That was the conclusion from Anthony ‘Pomp’ Pompliano, co-founder of Morgan Creek Digital and a serial Bitcoin proponent, during the cryptocurrency world’s latest public showdown on July 31.

Pomp vs. Schiff On Bitcoin

In a private debate on CNBC Africa with host Ran Neuner, Pomp listened to almost an hour of Schiff explaining gold’s benefits and how Bitcoin would never ultimately have genuine value.

“If people are right about what’s going to happen to Bitcoin, all the people who own it are going to be really rich, and that’s a dream people don’t want to let go of,” he summarized.

Continuing, Schiff said crypto investors have been “sidetracked by the own greed” and that Bitcoin had become a form of religion.

“When you live in a bubble, you can’t see the bubble,” he concluded.

‘You’ll Be Kicking Yourself Forever’

Pompliano had previously sparred with Schiff multiple times on social media, even orchestrating a donation campaign earlier this month which saw him inadvertently become the owner of 0.21 BTC.

This time, however, he delivered a stark vision of the future, in which gold bugs were on the losing end compared to Bitcoin. Statistically, he argued, that scenario was likely.

“If Peter and others believe… with 100% confidence there is 0% you could be wrong, you could be missing something; 0% chance that Bitcoin could be valuable, that it could be a new technology, a new trend… don’t buy it, don’t put it in your portfolio, don’t use it,” he began.

“But if there is even a 1% chance that you could be wrong, the odds, given that it is an asymmetric asset, means that you will be kicking yourself forever for having known about this, spending your time doing this, getting berated on the internet and missed the opportunity.”

Pompliano’s angle echoed that of another major investor this week in the form of Raoul Pal, the ex-Goldman Sachs executive who described Bitcoin as being potentially “ludicrously undervalued.”

Similarly talking about Bitcoin the asymmetric asset, Pal argued that even if there is a 1% chance of Bitcoin succeeding as an alternative financial system, it’s market cap could skyrocket beyond what people are willing to imagine.

“So even if there’s a 1% chance of working… what it’s telling you is (Bitcoin is) ludicrously underpriced if any of these probabilities play out,” he said on the Stephan Livera Podcast.

Who do you think won the Anthony Pompliano vs. Peter Schiff debate? Let us know in the comments below!