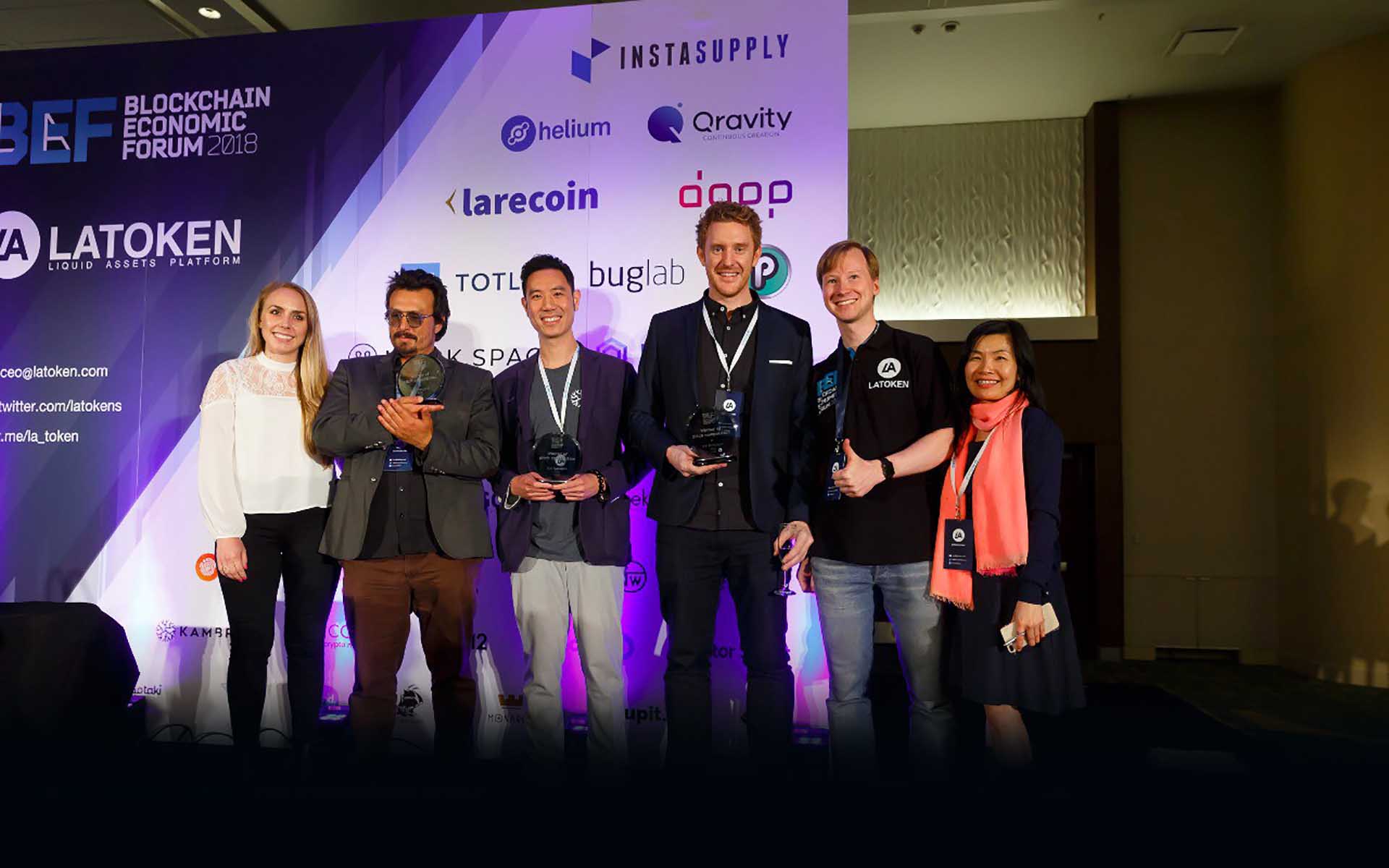 This week in San Fransisco, the heart of technology across the world, thousands of people showed up to The Blockchain Economic Forum. The scope of attendees included investors with billion dollar portfolios, top-level politicians, scientists, media influencers & leaders in technology from around the world. Additionally, blockchain enthusiasts from everywhere showed up to see what the technology had in store for them this year.

The event featured many notable speakers, including Canada’s former Minister of Finance and Minister of Natural Resources, Joe Oliver, and Poland’s Minister of Finance (2013-2015) and current Lead Regional Economist for Central Europe, Mateusz Szczurek. The pair were joined by LinkedIn co-founder and founding CTO, Eric Ly, Bitcoin Foundation Vice-Chairman Bobby Lee, and venture capital pioneer and founder of the $5 billion DFJ Fund, Tim Draper, among others.

An ICO pitch competition hosted by the event yielded a number of promising new projects, but standing head and shoulders above the rest was the winner and recipient of the ‘Draper Hero’s Choice Award’, PlayChip ICO. An ambitious project, PlayChip’s goal is to become the Universal Gaming Token of choice and to create the world’s largest incentivized blockchain-enabled sports community and gaming ecosystem.

Tim Draper, the award’s namesake, is one of the earliest and most vocal advocates for cryptocurrencies and blockchain technology. Draper is a respected and sought-after venture capital investor and is most famous for his role as co-founder of asset management company Draper Fisher Jurvetson. Started in 1985, DFJ currently manages more than $5 billion in assets. Draper found fame in blockchain world in 2014 when he was revealed as the winning bidder in the Silkroad bitcoin auction, where he purchased an estimated 30,000 seized bitcoins.

The PlayChip ICO is unique among coin offerings in that it is part of an already established company – PlayUp. PlayUp has over 500,000 existing users and 6 active fantasy sports and sports betting platforms all ready to integrate the PlayChip token. Furthermore, the company is on track to deliver $430 Million in turnover this year, which positions them as a true standout among the competition. It is rare for an ICO to already be part of a preexisting multimillion dollar business and – even rarer still – it is one of the few ICOs open to US residents.

Winning the ‘Draper Hero’s Choice Award is just one more feather in PlayChip’s already impressive cap. This, combined with their private seed round selling out in just two days, ensures that token’s future is looking very bright, indeed.

What do you think of PlayUp’s foray into the blockchain space with PlayChip? Let us know in the comments below.