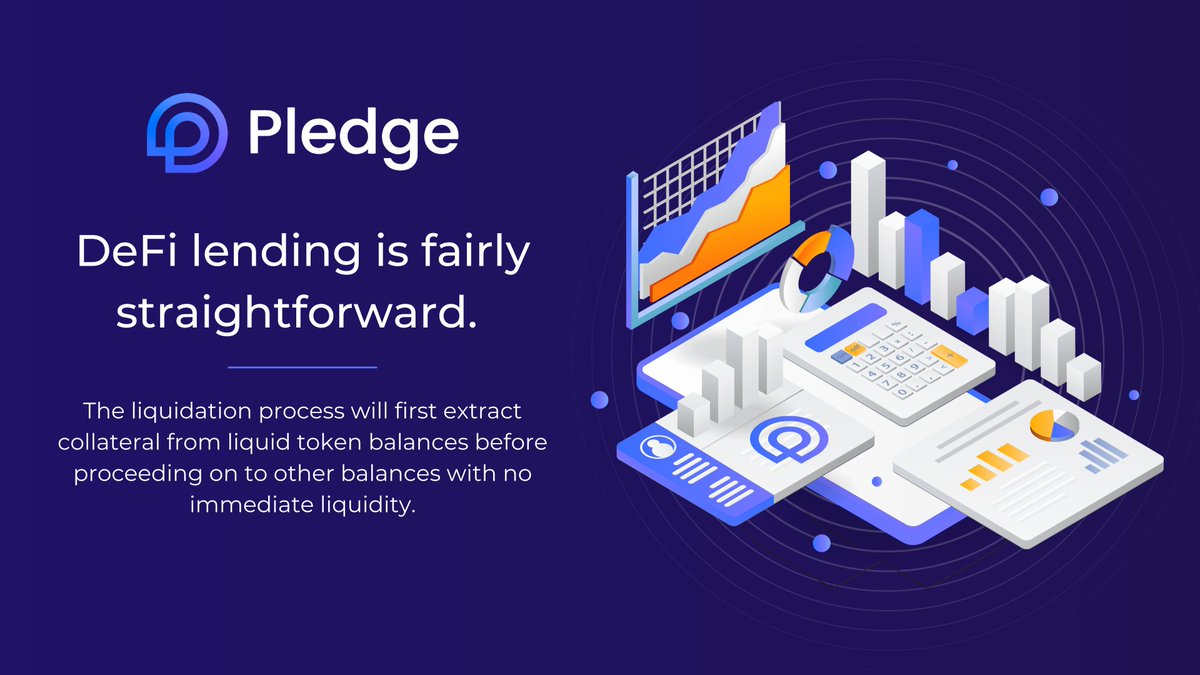 The blockchain space started as a niche corner of the financial world, with the technology beginning as the building block behind the massively successful Bitcoin.

Since its inception, blockchain has grown exponentially and has been adopted by most industries. This growth shows no sign of stopping either, with the global blockchain technology market estimated to accumulate $20 billion in revenue by 2024.

The countless use cases discovered for this groundbreaking technology have changed how many think about banking. Not only has it created numerous digital assets like Bitcoin and Ethereum, but it is now being used to create financial tools found in traditional banking known as DeFi.

A project that is at the forefront of DeFi is Pledge Finance. Pledge’s platform provides users with long-term, fixed-rate loan products for digital assets.

The company has been busy as of late, identifying numerous strategic partners to help build their platform; partnering with zkLink, a secure cross-chain token swap provider; and many more!

The project’s next step in growing and evolving the DeFi space is the addition of their new team member Brian Brooks. Brian, the CEO of Bitfury Group who previously served as Acting Comptroller of the Currency, joined the Pledge team as a Strategic Advisor.

Pledge Finance is a leading marketplace for financial NFTs that provides a host of DeFi tools and services.

As the project progresses, they release new versions of the platform, all offering various DeFi tools and services.

Pledge is working towards becoming the world’s leading marketplace for Bitcoin loans. Rather than focusing solely on longer-term loans, they’re focused on building the necessary tools to create next-generation lending dApps.

By leveraging the innovative concept of Financial NFTs, Pledge will bring interest rate swaps to DeFi, bringing this multi-trillion dollar market in traditional finance to the blockchain space.

Financial NFTs are the set of DeFi contracts provided by Pledge that facilitate the use of the platform, ensuring it will be adopted and make Pledge an integral piece of the fixed income money market.

Brian is currently CEO of Bitfury Group, a significant player in the Bitcoin mining and digital asset tech spaces.

Harvard graduate Brian Brooks is recognized as one of the most influential U.S. Comptrollers of the Currency. Brian was also ranked 13th on Cointelegraph’s top 100 people in blockchain, one of the top 20 crypto regulatory voices by Qredo, and was ranked tenth among Crunchbase’s top global influencers.

He previously served as the CEO of Binance.US and Acting U.S. Comptroller of the Currency. He has also held the Chief Legal Officer position at Coinbase and was the Executive Vice President and General Counsel of Fannie Mae.

With Brian’s impressive background, he will assist Pledge in becoming the premier platform for building long-term lending dApps for DeFi.