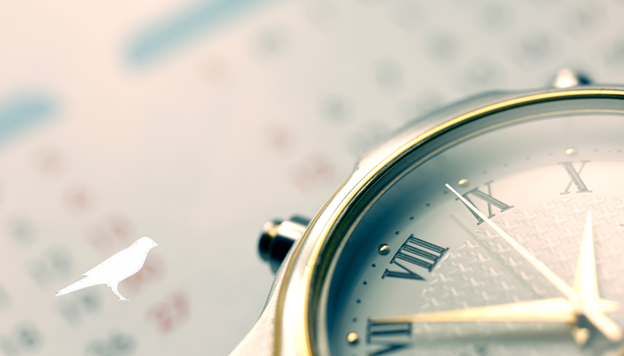 Polkadot Officially on Schedule for Next Parachain Auctions on Kusama

Kusama and Polkadot are jointly two of the most successful Blockchain partnerships, judging by the effort both teams have put to drive a massive adoption for the Blockchain. Following the success of the first Parachain auction, Polkadot will commence the next phase of the Parachain auction on Kusama.

The auction, which is open to all and sundry, is another opportunity for emerging Blockchain firms to get a stronger foothold and operating infrastructure in the industry. Let’s take a dive into the auction’s schedule and what it means for the crypto world.

However, each auction has two phases—the two-day initial bidding period and the five-day ending bid period. After the auctions, Kusama will check the winners and make the next announcement.

Kusama is announcing about ten days before the first auction to allow the Kusama community members sufficient time to install their KSM before the bidding process.

Here is the breakdown of each of the auctions:

The Sixth Parachain auction will start on September 1st, 12:00 GMT, and run till September 8th, 9:00GMT. During these seven days, interested bidders can submit their bids at will.

However, the network considers only bids submitted in the two-day initial bids phase to continue in the next bidding phase of five days. That means the initial bidding phase starts September 1st, 12:00 GMT and ends on September 3rd at 9:00 GMT.

When the second phase of the sixth Parachain auction ends by September 8th at 9:00 GMT, there will be a three-hour pause for network performance evaluation before the commencement of the seventh auction.

During this period, the network will accept no more bids for the sixth Parachain auction. The winner, who doubles as the highest bidder, will be announced at 11:00 GMT.

The seventh Parachain auction runs from September 8th, 12:00 GMT, to September 15th, 9:00 GMT. It will follow the same procedure as the sixth auction, having two phases. The initial bidding phase ends on September 10th at 9:00 GMT, while the ending phase starts by 12:00 GMT on the same day.

A network evaluation will follow immediately when the entire seventh Parachain auction ends on September 15th at 9:00 GMT. The highest bidder will get announced as the winner at 11:00 GMT.

Like other auctions, the eight Kusama Parachain auction will last seven days, running from September 15th at 12:00 GMT – September 22nd at 9:00 GMT. The same procedures as the other auctions apply here.

The tenth Kusama Parachain auction starts on September 29th at 12:00 GMT and ends on October 6th at 9:00 GMT.

What Is the Success Rate of the Last Parachain Auction

Going by the figures in contributions and the total number of KSM tokens, the last Parachain auction could not have gone any better. Winning networks involved in the slot auction received a total of 1,113,189.6711 KSM tokens. Here’s an overview of the first five winners:

Karura clinched first place with more than 500,000 KSM tokens in contribution from community members in the first-ever slot auction on Kusama. After this feat, Karura’s network has gone live on Kusama, with block production commencing almost immediately.

The Acala team that helped set up the project labored a year on vital community building and brand building activities. It also worked for two years on technical development.

All of these will make sure Karura is up to speed and built to meet Kusama community demand for DeFi and gain from its micro-gas fees, multiple network interoperability, plug-and-play security, and demanding processing speeds.

At the second auction, community-driven Moonriver became the highly placed entity, receiving a total of 205,935.0111 KSM from its 5,977 contributors. Being a permanently incentivized canary network means it gets to ship new codes first.

What’s more, Moonriver is also Ethereum-compatible and will only grow and evolve with time to support other use cases beyond the realm of its sister network, the Moonbeam foundation.

Shiden, a sister project of Astar Network (previously Plasm), clinched the third auction slot with 137,020 KSM tokens bonded. Shiden is a smart contract space for dApps on Kusama, and it gives multichain support to both the WebAssembly-based contracts and Ethereum Virtual Machine. It goes on to offer on Kusama network layer-two tech, which includes Optimistic rollups and Plasm. These technologies are the future of scalability in the Ethereum network.

Khala, a Web3 cloud computing project, clinched the top spot after the fourth auction ended by securing a slot with 132,280 KSM tokens in all. The Phala network created the project, and its native token is K-PHA. Phala aims to reward every KSM that supported Khala in the auctions with a 100 PHA (ERC20-PHA is Phala’s native token).

Bifrost, a staking liquidity DeFi project on Polkadot, was the fifth to win an auction slot with 136,817 KSM tokens. The project is a DeFi protocol, and this means that it connects Polkadot and other proof-of-stake blockchains. Bifrost is the 1st blockchain middleware to allow multichain tech. Some of its more exemplary properties include flexibility, interoperability, and scalability.

Kusama Parachains are unique for several reasons, one of which is its use case as decentralized finance (DeFi). In effect, several Parachains works towards recreating traditional financial systems like exchanges and banks but with cryptocurrency.

Kusama Parachains are also unique in that they serve as smart contracts that help the migration of Ethereum developers’ contracts into Polkadot. Such a move opens up Polkadot for a wide range of popular dApps and plenty of developers.

The first five auctions have laid an exciting marker for what to expect in Kusama’s coming Parachain auctions.

So from September, the Kusama community and Polkadot ecosystem have a lot to expect. If the first auctions are anything to go by, the next phase promises to be more remarkable and exciting. So tick your calendars and get ready!