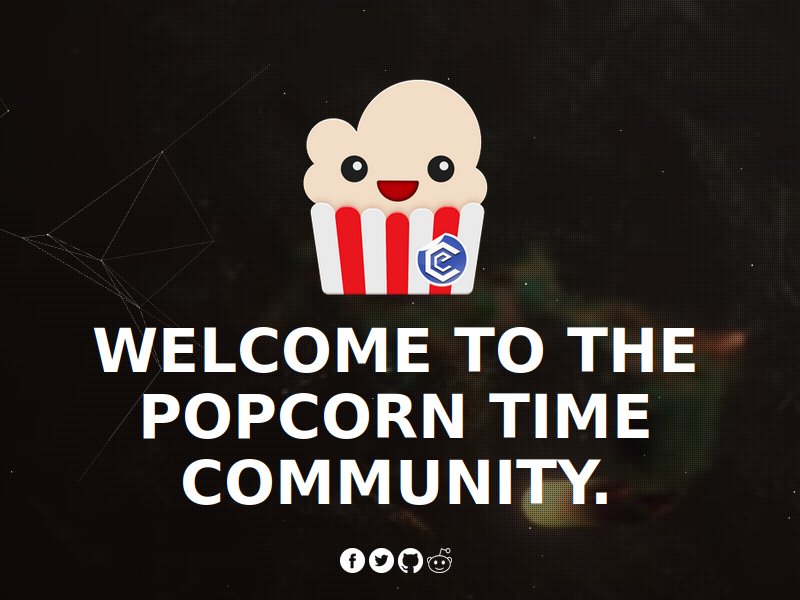 February 19, 2016 — Popcorntime Community Edition, The most recent of Popcorntime’s open-source reincarnations, is up in full force, and the developers are accepting bitcoin donations for their trouble. The torrent streaming application that changed the way many people pirate their cinematic content, has been DMCA’d, taken down from GitHub, and changed homepages and repos so many times that decentralization is being explored by the devs to solve their systemic problems.

Its inconsistent version control has also spawned some proprietary clones and malware in disguise, unfortunately tarnishing the application’s reputation among casual users, it’s target audience. However, in it’s latest iteration, Popcorntime-CE, the devs and hosting are spread out, and the decentralization is proving frustrating for those that would see their code censored from the internet.

Another aspect of the project’s decentralization is how they’re requesting funding: a bitcoin address and QR code are included on the version available on Arch Linux, as well as others. The legal grey area that Popcorntime falls in makes official funding impossible, as well as presenting the aforementioned development and version control problems. Increased decentralization of its processes have been essential to its survival, whether it be allowing API configuration by the end user or adjusting how the program updates and gets its Movie and TV info. Bitcoin funding seems the next logical step to ensure the Popcorntime’s continued survival.

While it is unfortunate that we are not experiencing faster Bitcoin adoption in mainstream business, Popcorntime’s adoption still highlights a unique feature of Cryptocurrencies: getting funding to those

who can’t access it through traditional channels in an efficient and private manner. In the past few years we’ve seen Bitcoin used as a microlending platform and alternative to banking in the developing world, an effective means of getting money to areas plagued with inflation and instability, and to places cash has big overheads in transit. It’s easy to see the irony that the utility that attracts negative press is also the one that can be leveraged by those most in need.

What do you think of Popcorntime’s Split versioning and Bitcoin Funding Practices? Let us know in the comments!