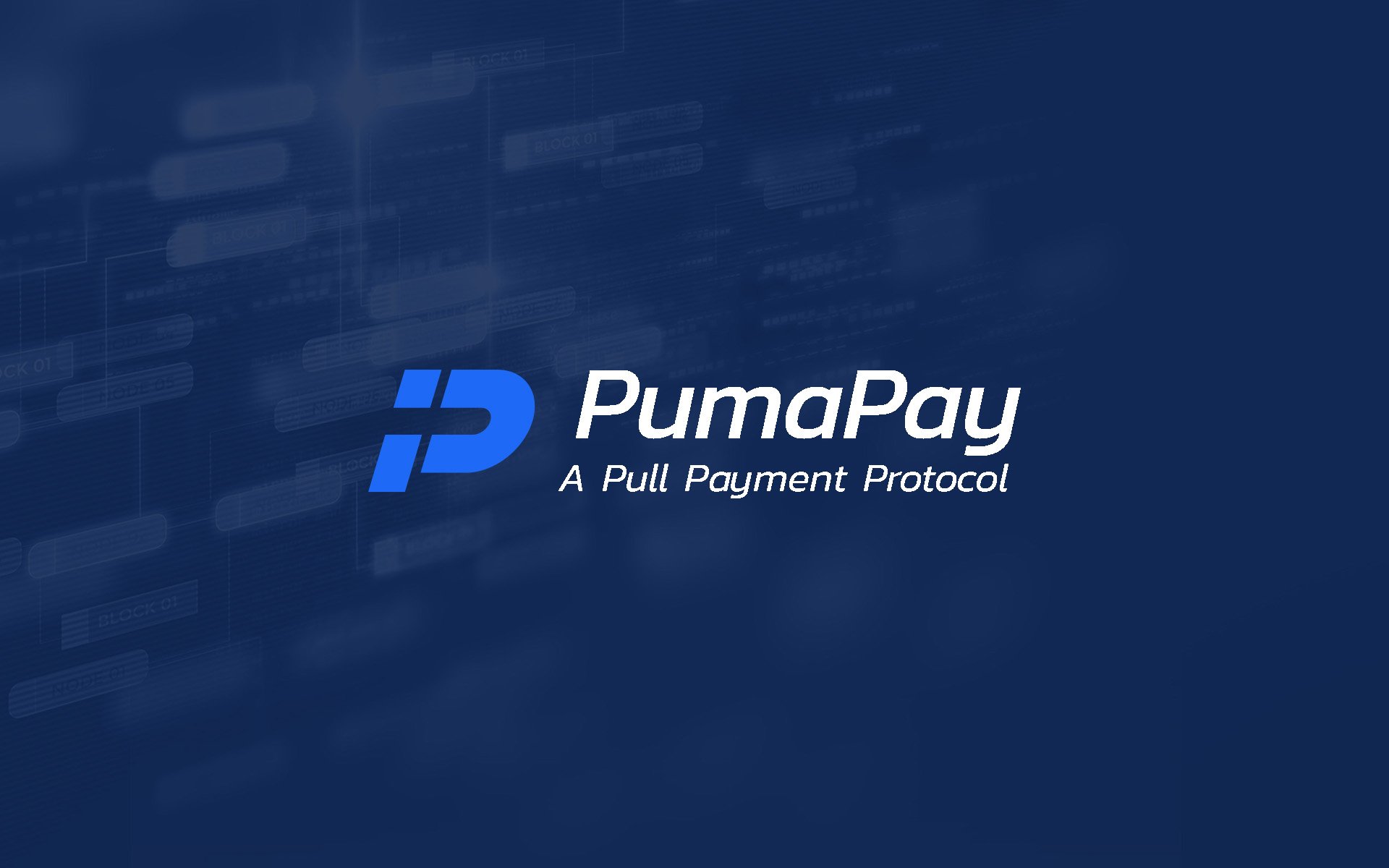 A Blockchain protocol is being developed which aims to threaten the dominance of “outdated” credit cards.

PumaPay wants its platform to create fairer terms for merchants around the world, ensuring the transaction fees they pay tumble dramatically. In turn, it is expected that their customers would benefit from lower prices.

The crypto startup says its open-source system, known as the PullPayment Protocol, changes the way payments get from A to B – eliminating countless intermediaries and dramatically cutting delays in the process. Instead of the current procedure, where a customer effectively pushes their payment to a business, the merchant would be able to pull money out of a shopper’s account once they have been given permission to do so.

By reversing the payment process, PumaPay enables multiple payment scenarios that have been impossible on the blockchain before, such as recurring payments, pay-per-use (time-based charges), split payments (affiliate programs), and restricted payments. PumaPay believes this change in the payment paradigm will be the catalyst for making cryptocurrencies a feasible and popular form of payment in brick-and-mortar stores as well as on the internet.

Preserving the Bottom Line for Merchants

PumaPay CEO Yoav Dror says times are tough for merchants, many of whom rely on the ability to accept credit card payments if they are to encourage shoppers to part with their hard-earned cash.

PumaPay argues that the infrastructure surrounding credit and debit cards, which dates back decades, was never built for a fast-paced digital economy.

Resultantly, small businesses can be subject to dozens – if not hundreds – of different fees through a complicated system which takes a sizeable chunk out of razor-thin profit margins. Although cryptocurrencies have been growing in profile during recent years, PumaPay claims they have not become a practical payment method for merchants yet because they are “far too underdeveloped” when compared with the status quo.

According to PumaPay, one example of where credit cards are proven to be unfit for the digital economy can be found in the levels of fraud committed when cards are not present. Rising numbers of fraudsters are obtaining the card numbers of unsuspecting consumers and buying items at will – but although the cardholder often gets this cash speedily refunded to them, it is often merchants who have no choice but to pick up the tab. As a result, not only aren’t merchants guaranteed to receive funds to their sale, but they can also become subject to crippling fines imposed by credit card companies as a result of chargebacks.

PumaPay wants to shift the industry’s focus so merchants are served and not exploited, and has the goal of its system becoming the go-to destination for payment processing in the 21st century. PumaPay has already begun to sign up merchants who will be among the first to embrace the protocol when it goes live. These “early adopters” include Fashion TV, Rent24, Vivid Entertainment, ImLive, AEBN, ChatMaker, CCBill, and others.

To incentivize other businesses to adopt the system, an app called PumaPay Pride is being built which informs customers where they can use their tokens nearby – giving merchants greater exposure.

PumaPay says it is confident that its PullContracts Protocol will allow merchants to accept payments as flexibly as they do now – and establish standing orders.

In its white paper, the company provides case studies of how the protocol could potentially be used. Examples include an arrangement with an electricity provider to take a payment every month depending on how much energy has been used, paying magazine and streaming media subscriptions, or settling the tab at a restaurant through a QR code printed on the bill.

At first, PumaPay is going to develop an Android app so consumers can easily access their wallet – with dedicated versions for iOS and Chrome users following shortly afterwards.

From April 26, 2018, PumaPay is launching a token generation event to raise contributions. The startup plans that one of the protocol’s early adopters, ImLive, will be integrated into the platform by the end of this quarter, paving the way for a simplified version of its PMA utility token to be released. By early 2019, this would be followed up by a second iteration of its token – as well as cryptocurrency wallets that can be used by the public.