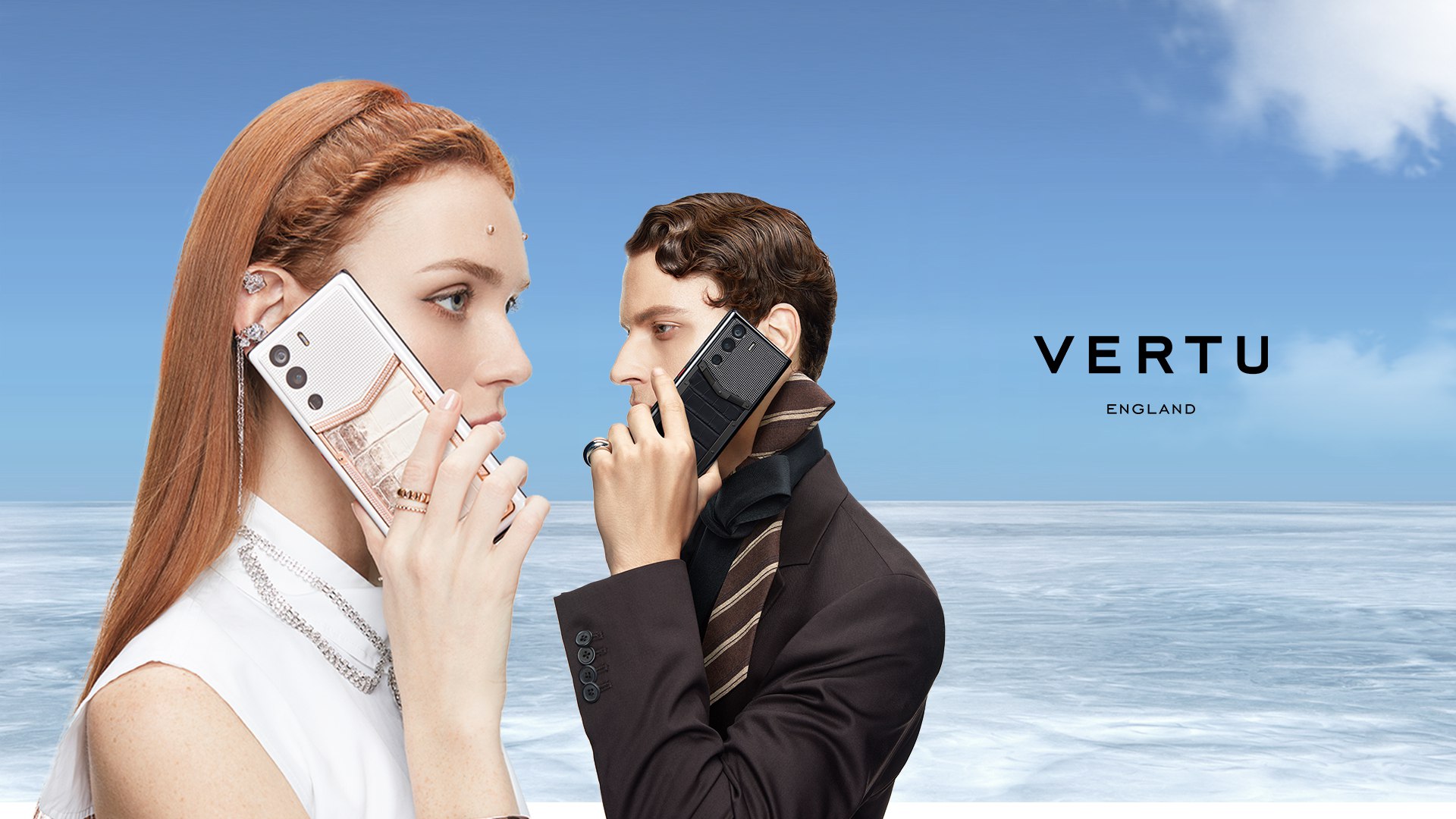 Imagine this: A smartphone that can run its own blockchain node and convert images and videos into non-fungible tokens (NFTs) with just a single click. The momentum for Web 3.0 to be the future is on the rise.

We’ve come a long way in terms of communicating. Now, there’s so much power that these latest smartphones – “smart” being an understatement in this context – possess that the average consumer must have the wherewithal in order to get their hands on these pricey gadgets.

Let’s cut to the chase.

The device is called the Metavertu. It was created by the British luxury mobile phone brand Vertu and it takes pride as the “world’s first Web3 phone.” 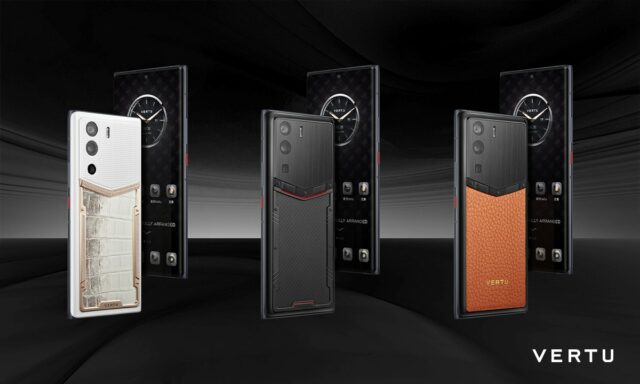 The phone made its public debut on October 24 to officially kick off the product’s global sale.

Now, before we go to specs and pricing and other details, we ask Vertu what inspired them to make a phone like the Metavertu and how the phone stacks up against household names like Apple’s iPhone and Samsung’s Galaxy series.

Q: The Metavertu – it sounds “Metaverse-y” with the name of the company attached to the product. Is Metavertu an offshoot of the popularity of the Metaverse – or did you really intend to name the phone even before the Metaverse became a global ‘sensation.’

A: We used to name our products after some inspirations with stories, such as “Constellation”, “Signature”, etc., and most luxury or fashion brands did this as well. This time, we don’t want our new products to be too romantic but technically trending. Facebook changed its name to Meta in 2021, though the word has been around since ancient Greece. This can be likened to a company buying the word “coffee” to use as their brand name, it’s a simple word that doesn’t give the consumer any more thoughts or ideas about the product. The reason that we use METAVERTU as one of our Product Series is that we think it’s a fresh new start, and we want it to be above and beyond every mobile phone in the world. It also has some recalls about crypto, blockchain, and web3, that’s easy for people to associate with what this phone is about; the web3 world is so complicated that fewer people can really know what the real meaning is, so people can easily associate and identify the product with blockchain technology, crypto, and web3.

Q: During the phone’s launch event in London, Vertu CEO Gary Chan alluded to some issues confounding Web3, such as its “complexity,” which Chan described as a “turn-off” for new users. Thus, they want to “reinvent the smartphone to de-complicate Web3.” Can you share a little bit about how Vertu will go about “de-complicating” Web3 with the use of its latest product?

A: We did extensive market research to find there are two types of users. One, may not have even heard of blockchain technology, web3, crypto, etc, or find it difficult to understand, especially with all of the technical jargon deterring them from researching further. The others are people that have likely been learning about web3 for 1-2 years already and hold a large interest in seeing its development, and its potential to change the world. Everyone wants to keep up to speed in web3, and at the same time, know which projects are worth their time, and which projects are corrupt and poisoning the ecosystem.

We are de-complicating the system in three ways.

Firstly, the metaspace in METAVERTU gives you the ability to switch between web2 and web3 with just one click, and this space has been encrypted to secure it against hacking.

Secondly, we have divided the web3 and dapps by layers in metaspace and employed a clear navigation system so that users can easily find what they are looking for.

Last but not least, we provide our users with a one-to-one consulting service, so if they have any questions, they can contact a member of our strong consulting team directly.

Q: From the looks of it, the Metavertu has been engineered to stand out and be a class of its own. It packs some new exciting features and technologies. There’s stiff competition in the market. You have the Galaxy S22 Ultra, the iPhone 14 Pro, and Google Pixel 7, to name a few, that are also quite loaded with their own tech. In what spectrum do you think you can outmatch these heavyweights, given their influence in the consumer sector?

A: We know that Samsung and Apple are big, influential companies, and see that while Samsung is always trying new things, Apple is more conservative in looks and features, with each new model having minor changes from the last.

At VERTU, we are insistent on having unique designs and breaking the mold. We believe people are unique, and our models express that. We believe everyone wants something different, and though some may not like our aesthetic, it cannot be ignored, we aren’t here to make everybody love us. 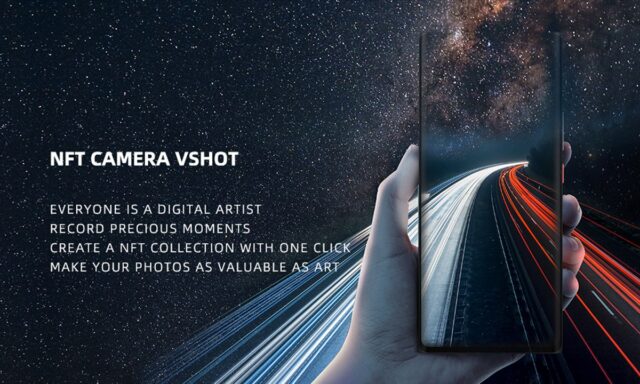 Besides our iconic designs, we also have very competitive hardware features. The bespoke VERTU “CNCOS” operating system is a ‘5-dimensional integrated ecosystem,’ combining chips, smart terminals, blockchain, OS, and services into a single mobile handset. As the transition from Web2.0 to Web3.0 gains momentum, the METAVERTU is designed to facilitate a seamless transition for VERTU customers, partnering with key players such as crypto-pioneer Ethereum. Besides our unique designs, other features on this flagship 5G launch include Qualcomm’s Snapdragon 8 GEN1 chip, 400-PPI ultra-high image density (on a 6.8” AMOLED Display), a triple camera system allowing detailed imagery from 100 meters, super-fast charging 5000mAh battery and a 9-layer Heat Dissipation System. 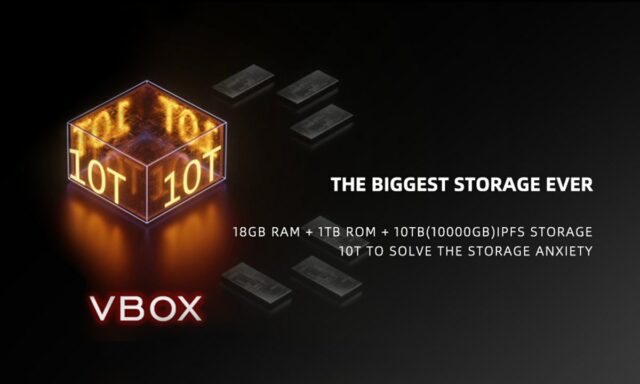 Q: A random search on Google, or the internet for that matter, shows the top (10) smartphones from familiar rival names. We get it. You’ve designed the Metavertu to be a different kind of communications device – way too different in terms of the price tag. And, you may not even need to be at the top of the searches. The question is: how do you reach out to the masses in terms of promoting the product? If the average consumer doesn’t easily spot you on Google searches, what other platforms do you use to market the Metavertu?

A: We do use Google to promote, but it varies from region to region. We have online and offline stores to reach our customers, we can be found with search engines, news feeds, mails, and social media, and we also hold community events. We used to focus on high net-worth individuals, but for web3 phones, we want to expand our target customers to the crypto world.

Q: The brand’s poster has these words: “Welcome to the Republic of Vertu.” At first glance, it sounds like… a country. What’s the concept behind giving the phone this kind of, “autonomy”, if you will? A prospective buyer, like me for instance, would get the impression of exclusivity – of having to secure a certain pass first in order to “enter” your jurisdiction. Any thoughts on this?

A: The republic concept meets the core value of web3, which is de-centralization, and we give the data sovereignty back to people. We hope to build up a virtual country, an ecosystem with a variety of dapps built in, and we will also fund the republic of VERTU to give some web3 developers support.

We have a built-in NFT PASS card, and offer exclusive privileges to all of its holders.

Q: The Metavertu – it’s been crafted for the moneyed consumers – we know that because of how much it costs – and not for the average earner. Based on your feasibility study, before this phone was launched, do the figures point to a big return on investment? Is there money out there for this pricey phone? Or, would you not be shocked to find out there is none?

A:  We are confident in our brand, and being the only luxury mobile phone brand in the world, we know that our products are expensive in relation to other brands out there, though we guarantee the quality of our products meets their price. The METAVERTU has been designed to be a lot more affordable compared to our other VERTU series, making it available to a wider range of people.

So far we have received a great deal of positive feedback from the market,  and 200,000 reservations have already been made.

Q: And now, the most important question: Your entry-level phone, which comes with a carbon-fiber finish, has a $3,600 price tag. Compared to the iPhone 14 Pro, the Metavertu costs three times as much. Now, your top-of-the-line model, which comes wrapped in “Himalaya Alligator leather,” 18-karat gold, and diamonds, is priced at a mind-boggling $41,000. What are the consumers saying about this phone? “Connecting (Only The Rich) People? No? Any thoughts on that?

A: While a lot of our customers may be wealthier than most, this isn’t about “Connecting (Only The Rich) People”, and is actually providing a method for users to make money themselves, via a dapp we are launching to do staking through METAVERTU.

We also keep our traditional brand essence, our craftsmanship, our rare materials, our concierge services, and the community we have been building for years.

A Bored Ape’s floor price is around 62 ETH ($76,446) and has 10,000 community members, everyone wants to be part of it, but in VERTU, we have more members in our community, and they are the real whales. So imagine buying a METAVERTU to get the pass card into such a community, and you also get a fantastic mobile phone, I think it’s quite a reasonable price.