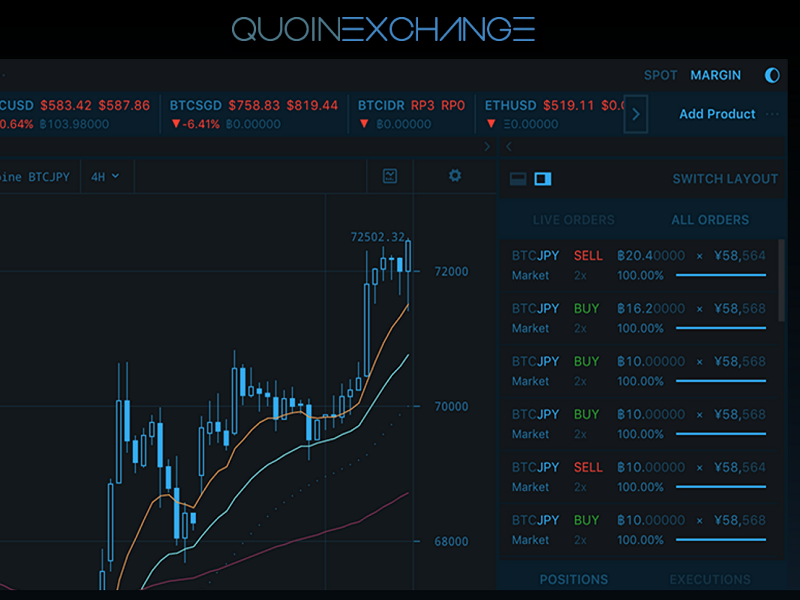 Cryptocurrency trading platform QUOINE has announced several two major following a $20 million USD funding round. The exchange says that these updates come as part of an effort “to create the most advanced digital currency exchange platform on the market.”

The exchange’s base services include spot, margin and futures trading. Following the updates, QUOINE features a new dashboard, and a mobile application.

The new dashboard is the “result of constant consumer interaction and feedback process,” according to the exchange. Developers say they have “completely overhauled” the exchange’s user interface to “offer a new look and feel” while keeping the platform’s key features.

Available on both iOS and Android, the exchange’s mobile application offers the same trading services in a portable format, allowing customers to access their accounts from their phones.

The team also thinks the app presents an opportunity to bring in new users in addition to improving the user experience for existing customers. “Releasing our app allows a whole new audience to enjoy our zero trading fees,” said QUOINE CEO MIke Kayamori, “since smartphones are becoming the primary device for so many people nowadays.”

“I can’t wait for our users to experience [the updates] first hand,” Kayamori told press, “I’m sure our users will use our platform more as a direct result.”

Led by founders Mike Kayamori and Mario Gomez Lozada, the exchange launched in 2014, and has reported “explosive growth” in the last two years. The team calls their platform “one of the top cryptocurrency exchanges in the world,”  boasting the exchange’s speed, leverage options, and trading features.

What do you think about this exchange’s new updates? Have you used this platform before? What did you think of their service? Let us know in the comments below.