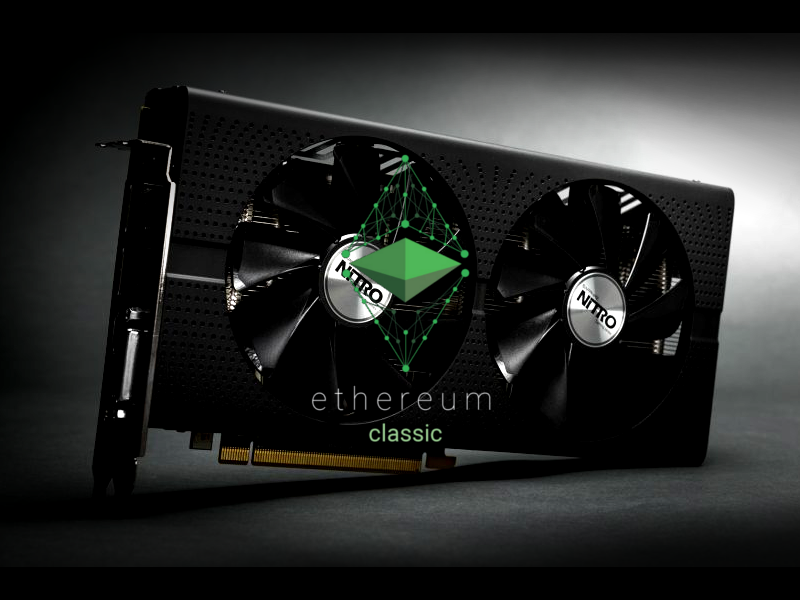 The Radeon RX 480 was released onto the GPU market without much fanfare, sold as a mid-range card at a low price – which is exactly how it performs. Despite the excitement in the gaming press about AMD’s Polaris architecture and the RX (and upcoming Pro WX) line of GPUs, particularly about the card’s price point, it seems to have been glossed over by the crypto mining community.

Also read: The Bitcoinist Podcast is Back

The 480 boasts 26-27 MH/s when put to the task of ETH mining, around 85 percent of what its older brother, the 390X, can put out at around half of the launch price. Despite the card’s promise as an efficient and inexpensive piece of mining hardware, the first batch of reference models had power delivery issues, mediocre cooling, and a lack of raw performance that raised concerns for those looking to put them to work in 24/7 mining operations.

Impressive Hashpower at a Good Price

Miners on the fence about Polaris will be happy to know that the AIB partner cards, as well as the cut-down RX 470 and 460, are coming to market in the next few days. These cards come with superior cooling and beefed up power delivery that makes them more desirable for mining and other intensive uses.

With a lot of the initial red flags thrown up around this GPU about to become non-issues, we’ve decided to revisit the Polaris architecture and explore just how efficient and powerful the RX 480 is when it comes to GPU mining.

We’ll be comparing cards utilizing the RX 200, 300 and 400 series GPUs to analyze how each generation of GCN stacks up against the next when it comes to mining Ethereum. I’ve left nVidia’s Pascal and Maxwell cards out of the benchmarks because, despite their improved hashing performance, comparisons across the manufacturers, and from OpenCL to Cuda optimized mining, is beyond the scope of this article.

When looking at AMD GPU mining performance, it helps to understand the incongruity between their GPU architectures and their branding. Cards in the previous generation’s 300 series are primarily refreshes of older chips, with higher clocks and more/better memory. The 390X, a mining favorite, for example, is essentially a memory extended, overclocked 290X. The 380 is a souped-up 285 (which is the newest design from them outside of the Fury series’ Fiji Chip and the newer Polaris architecture), and the 370 is working with the same chips put into the now four-year-old HD 7000 series cards.

Because each price range of card uses a different architecture, with various design time frames and iterations, you’ll see dramatic jumps between each step in their lineup, and only marginal gains from generation to generation. The newest RX 400 series is unique in that it is the first non-iterative jump in design in nearly five years for AMD, and, as you’ll soon see, it certainly shows:

Of course, it’s not as simple as looking at raw hash power when evaluating mining equipment. Otherwise, the RX 480 would take a lackluster backseat to the current king in GPU mining, the 390X. What’s remarkable about the 480 is that it achieves this high level of compute performance while drawing less than half of what the 390X does at the outlet. With the latest drivers, the card only draws 159 Watts under full load, and under-volting the card further can increase its performance by stabilizing its maximum “boost” frequency. That’s right, the 480 holds the unique position of performing better with less power than the default settings. 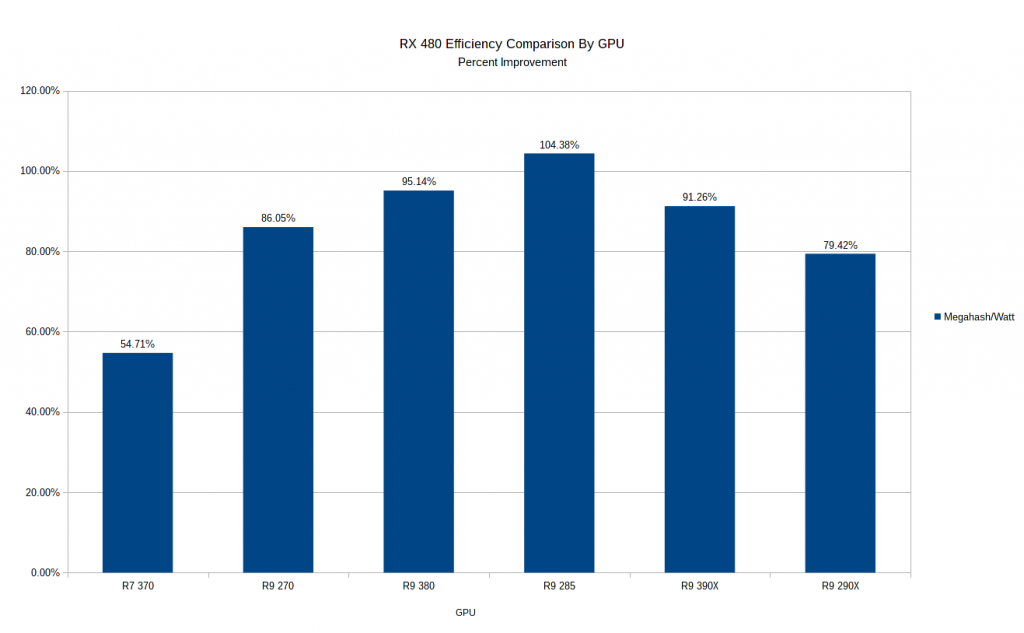 At the average cost of power in the US, around 10 cents per kilowatt-hour as of May 2016, you could expect to pay $440 in electricity per month for a 1 GH/s mining rig using 480s, where a similar setup using 390Xs would cost around $842 per month (this figure excludes the power draw of the other components in the system, but all things equal that’s still a $400 a month difference per GHash).

With aftermarket RX 480s hitting the shelves right about now, the Polaris line of GPUs has become an incredibly attractive piece of mining hardware. It’ll be interesting to see the effects Polaris will have on large-scale operations, as well as what the 470 and 460 will bring in terms of Hashpower per watt.

Questions or comments on the performance of Polaris or Pascal GPUs? Leave them in the comments!