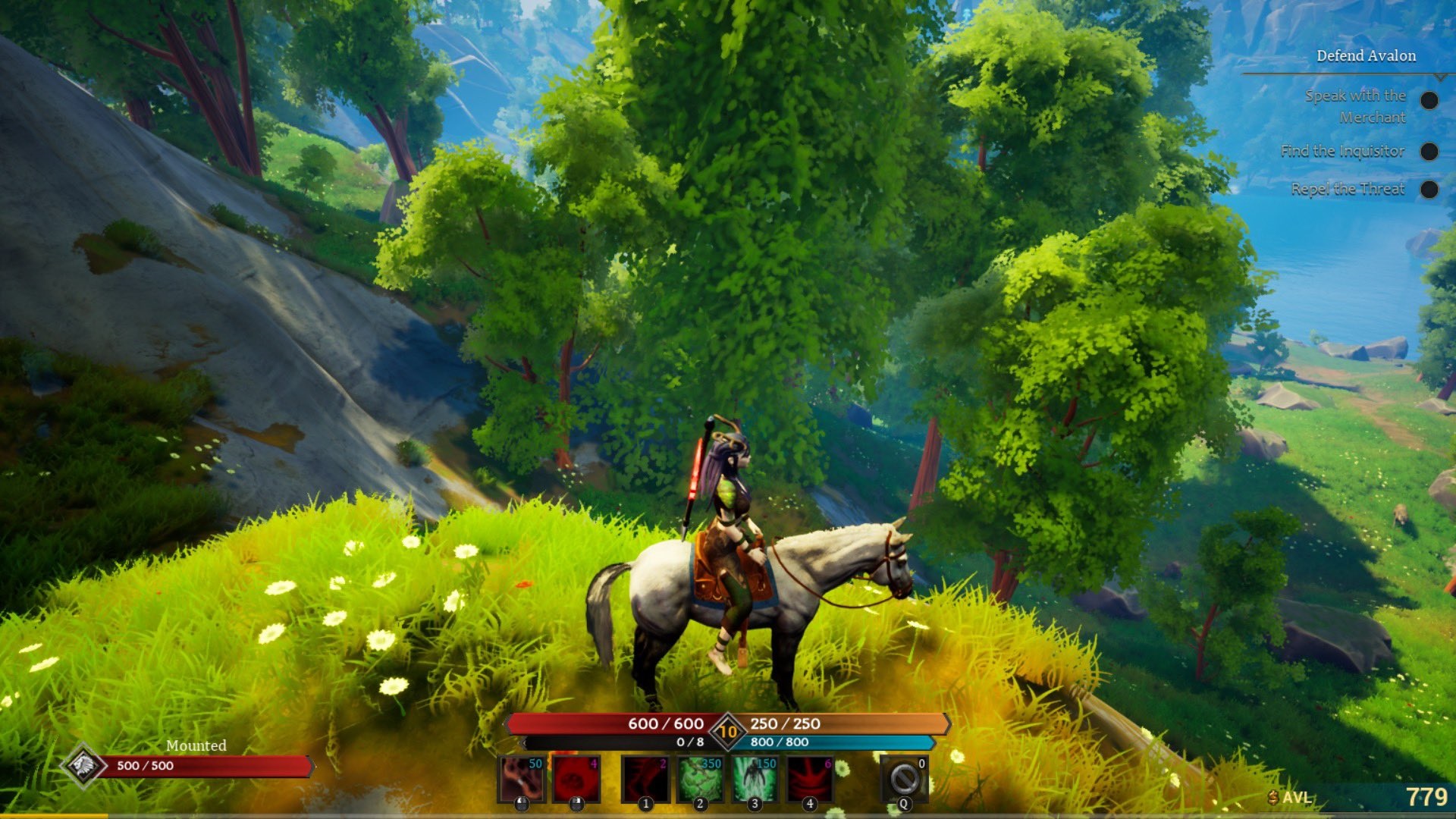 Raids are the beating heart of MMORPGs. The ultimate test of player skill and player collaboration. The grand set pieces within the game world that players aspire to be a part of, and the sternest test for would be masters.

Avalon: The Game raid’s will be a core engagement mechanic for players, giving them huge rewards in both popular crypto tokens and Avalon NFTs, and creating a stimulating challenge for players of all levels to show they are worthy of being a champion of Avalon.

The Importance of Raids in MMORPGs

You’ve ventured long and hard through an arduous world, collecting loot and training your character, honing your skills to a fine edge. Your character has become a force in this world, one that turns heads as you trot through the market square, the sunlight glinting off your legendary armour. Raids are the perfect place to show both what you’ve achieved, and what you are capable of.

MMORPGs have a long history of raiding as the centrepiece of the experience for skilled, committed players. The famous race to be the first guild to topple Onyxia, to the equally astonishing multi-guild collaboration to take down Kerafyrm the Sleeper in Everquest, raids bring out the best in players of these grand online worlds. The coordination, collaboration, complex strategic thinking, and pro-level execution required to beat the biggest, baddest bosses is unparalleled, and is the reason why many players flock to MMORPGs, and stay with them long term.

Avalon: The Game will focus heavily on its raiding scene. Unlike traditional MMORPGs, where players raid in groups of 20, 30, or even more, Avalon’s raids will be 5 or 6 man affairs, akin to the popular modern classic Destiny. Rather than sprawling and endless maps with long lag-time between the action, Avalon’s raids will be multi-stage but set in smaller, more intense combat areas. Also unlike many MMOs, losing the tank won’t mean the raid gets deleted shortly after. Instead, every player may be able to complete a raid even if they are the last man standing and their team has been slaughtered by the demons and dark denizens within.

The fighting will be mechanically intense, designed to separate the great from the merely good, and to give players more of a chance to express their individual skill in a way that goes beyond the pure grind they’ve put into their character. This is for two reasons. One, for many it leads to a better, more enthralling gameplay experience. Two, the rewards for participating in raids is immense, and an individual’s performance will play as much of a role as the team as a whole.

Multi-Chain Rewards for Participation and Excellence

Avalon plans to push plenty of value into the hands of its players through the raid system. Raid rewards are distributed to players based upon the scoreboard. The player who did the most and contributed towards a successful raid will receive an NFT reward, while the rest of the team will receive a token reward in MATIC, BNB, or WAX – depending on which chain they used to connect to the game. The Raid Chest reward for completion will contain multi-chain rewards. In short, play-to-earn gaming has never been so direct in its payout. Play well, help your team, and earn. It’s that simple, it’s that fine, and it’s the future.

In addition to these rewards, Raids will be populated by STKC chests for players to find. These are custom reward chests placed in raids by sponsors. Sponsors will range from guilds, exchanges, marketplaces, or individuals. They will act as flavorful exposure and advertising to players, done in a way that rewards them. For example, one week, a raid may be sponsored by a large exchange, and players who find the chest, or beat the boss that guards it, will be rewarded with that exchange’s token. The possibilities are endless for a healthy advertising model that feels both in the character of the game and rewards the players.

Raids will also occasionally function as server-wide tournaments, with players scores recorded and a larger prize awarded to the team, or individual, who finishes top amongst everyone who has entered. It will create a living, breathing community of cooperation and competition, as teams work together and strive to take the top spot and seize the rewards for themselves.

So, you’ve just walked through the gates of Camelot, trusty starter dagger at your side. Time to raid? Well, not quite. Raids will require competence and experience from all team members. Players will access Avalon’s raids by first finishing a series of quests that let them prove their mettle and level up their character.

Once done, they will be able to join the Raid queue and find other players to team up with to take the glory. Of course, not every player will be at similar levels when entering raids, and the raids will scale in difficulty (and rewards!) depending on the level of the players entering. However, some will be far too difficult for any player except those at the tip of the spear in terms of levels and gear.

Raiding parties must consist of each of the four classes: Ranged, Tanks, Healers and Mages. 95% of raiding parties will be 6 players strong. However, the presence of a Dark Mage (the Inquisitor) on the team will not only allow for 5-man access, but also boost the rewards for each player by 16%. The mysterious Inquisitor is the driving force behind Avalon’s story, and their presence will dominate the raiding scene too.

Raid, Raid Against the Dying of the Light

Raids are, no doubt, the most exceptional and involved part of any MMORPG. Avalon is no exception, ensuring its raids function as the purest expression of play-to-earn, player skill, wider community collaboration, and the ongoing story of Avalon. For many, raids are the only reason to play an MMORPG, and Avalon will cater to that playerbase, with ever escalating raids, ever gushing rewards, and a vibrant, active community of players questing into the lairs of evil hidden among Avalon’s green, rolling hills. Level your character, prove your skill, enjoy a triple-A MMORPG and earn multi-chain rewards for participating in the ultimate on-chain raiding environment in Avalon: The Game.