Bitcoin is admitedlly becoming a common way of payment; after the two industry giants, Dell and Overstock, Rakuten Super Logistics becomes the third giant multinational accepting bitcoin has a method of payment.

“We are working to apply this new technology to the benefit of market participants, especially those who can’t now easily access the global e-commerce marketplace”

Rakuten Super Logistics is making e-commerce fulfilment payment options for merchants more accessible on a global scale. By utilizing bitcoin for payments, the company has positioned to meet the growing demands of e-commerce retailers who are among the most forward-thinking global businesses embracing the bitcoin technology. Disorbo explains:

“Selling online is highly-competitive, and retailers no matter what industry they’re in have a high risk and cost of accepting payments compared to brick and mortar retailers” 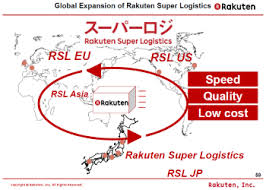 The former Rakuten CEO, Hiroshi Mikatani had already pronounced about bitcoin early this year, saying that we would see a rapid growth in the internet and sooner or later, Rakuten would be accepting bitcoin, so this already was a long awaited announcement.

The group is considered one of the biggest and most powerful brands in the world, as well as a global competitor to Amazon.com. Besides, the company also manages its own bank, Coindesk reports, which could open numerous possibilities to the Bitcoin ecosystem.

Since MTGOX bankruptcy, Japan has seen a serious decrease in bitcoin related business, Rakuten’s new digital payment option the potential to boost general Bitcoin adoption in Japan, where this process has been surprisingly slow.