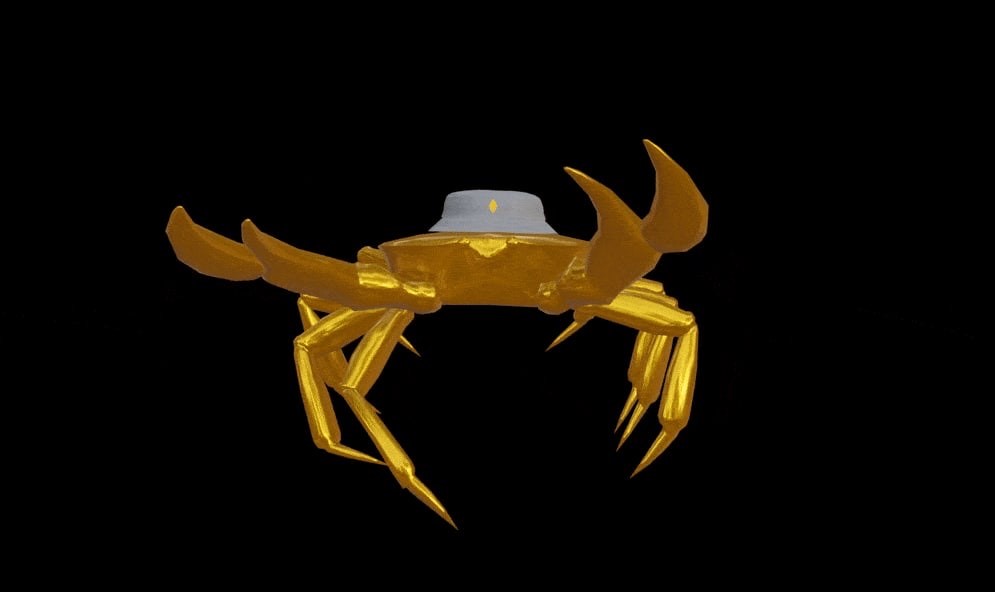 by Bitcoinist
in Press releases
35

2021 has been an astonishingly successful year for Non-Fungible Tokens (NFTs). With the likes of Coinbase moving into the NFT space, Facebook rebranding to “Meta” and a whole host of other updates; NFTs are steadily gaining global attention.

NFTs are becoming the cornerstone of both artistic income and the building blocks for future metaverse involvement. The aspects that truly set NFTs apart are uniqueness, utility, and dedication to community. While an attractive NFT project might catch your eye, a strong NFT community will capture your heart.

Blending the integral structure of a community, the world of memes, rave music, festivals and animation, we proudly introduce the 3D NFT innovation that is Raving Crabs!

Who are Raving Crabs?

Raving Crabs is an NFT collection of 6,666 3D Animated Raving Crabs that draws its inspiration from the Crab Rave music and meme. Designed and dedicated to building a strong and engaged community, Raving Crabs sets its course to bring together those who love EDM music and all things meme-related.

Each Raving Crabs NFT features a 3D Animated model as well as a .gif preview. Featuring 4 species of crabs, each with three to five different animations (dances), 25 factions, 10 hat variations and 200 texture variations; there are plenty of crabs to snap up at minting!

Owning a Raving Crabs NFT provides a number of perks which include:

The NFT models used feature high-quality, detailed 3D animated models that aren’t just great to own, but to look at as well! Even in the NFT space, it’s a rare sight to see an NFT so well detailed in 3D that’s actually animated!

Putting community at the heart of their roadmap, Raving Crabs aim to bring together like-minded people that have an affinity for festivals, music and memes (particularly the Crab Rave meme!). Finally, the Crab Rave meme attains its place in the world of NFTs in its own NFT collection!

Grab Your Ticket to the Show!

Raving Crabs NFT takes it one step beyond in that it acts like a ticket for The Raving Crabs Festival – an online EDM music festival. Only accessible to Raving Crabs NFT owners, it’s an opportunity any music or meme lover won’t want to miss!

With no time to delay, grab your ticket to the show on November 17th, 2021 and get raving with your own Raving Crabs NFT!