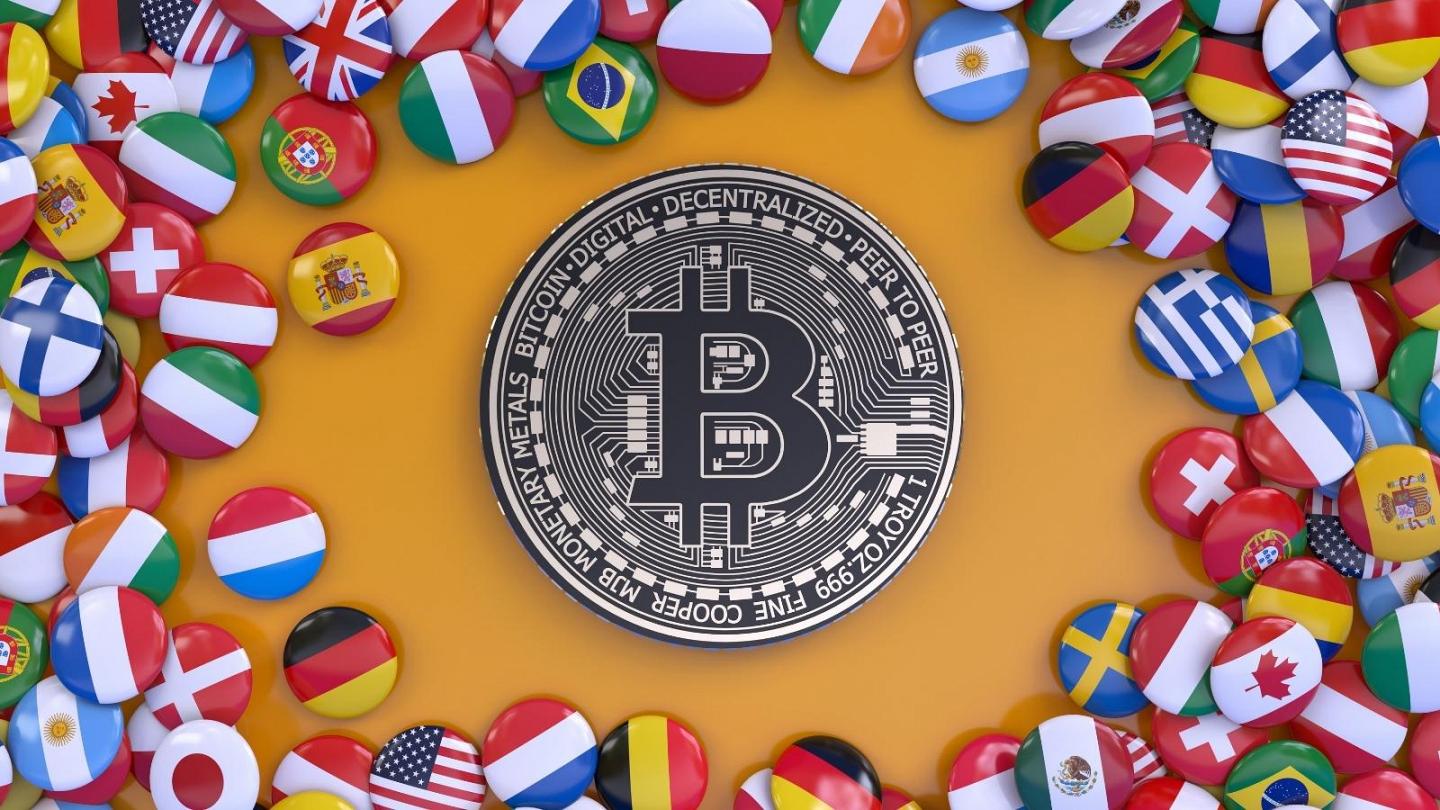 by Jet Encila
in Bitcoin Acceptance
0

Based on the latest research, increasing utility and accessibility are fueling business expansion as the digital currency ecosystem expands.

In general, retailers have been found to be sensitive to the needs and expectations of their customers and to understand the benefits of accepting digital currency payments for their businesses.

Customers have played a significant role in promoting interest in and acceptance of digital currencies since Bitcoin was introduced in 2008.

Recently, we’ve witnessed the global health crisis affect the world, prompting many businesses to fast-track their digitalization and consumers to adopt new digital forms of currency, resulting in a recent surge in the crypto market.

Research Shows Businesses That Accept Crypto Have The Edge

In a research titled “Merchants Getting Ready for Crypto” published on June 8 by Deloitte, 87 percent of U.S. retailers believe that businesses who accept digital currencies have a major competitive advantage over their rivals.

More than 85% of enterprises prioritize supporting cryptocurrency payments, while around 83% prioritize stablecoins, according to the report. 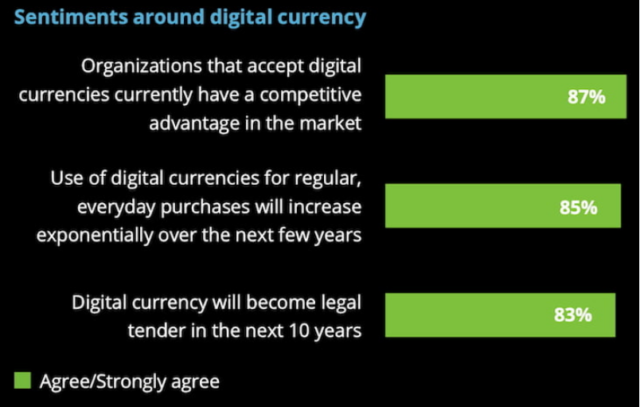 Companies (93 percent) that accept cryptocurrencies as a preferred payment method have reported significant gains, including an increase in revenues and a boost in their brand impression.

A sample of 2,000 senior executives from retail firms across the United States were included in the survey.

More than half of large US shops with revenues exceeding $500 million were spending at least $1 million on the system required to accept crypto payments, the research disclosed.

Thus, it appears that these kinds of assets serve as a main starting point for crypto acceptance and are likely driven by greater retail usage and availability of cryptocurrencies. 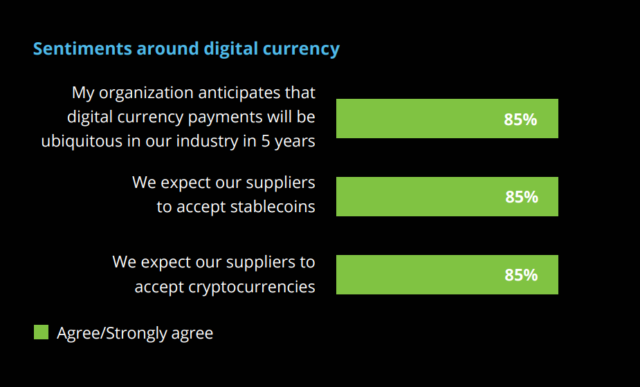 According to the data, approximately 64 percent of business owners polled between December 3 and December 16, 2021 stated that their customers had a significant interest in paying with digital currency. During this period, cryptocurrency prices were performing at peak levels.

In the next 24 months, nearly three-quarters of those polled intend to begin taking payments in the form of cryptocurrencies or stablecoins.

Crypto Payments To Grow In The Next 5 Years

The majority of merchants surveyed anticipate that bitcoin payments would become widespread in their businesses within the next five years.

A growing number of merchants see digital currency as a viable means of payment and are eager to implement it. More than eight in 10 (85%) businesses believe that accepting digital currency payments will improve their cash management processes, regardless of their organization’s size or investment level.

The poll was conducted in tandem with PayPal, one of the leading fintechs providing payment-related services. PayPal has been one of the major proponents in crypto-related offerings.

Suggested Reading | Cardano Is The Most Held Crypto In A Bear Market, Survey Shows

Bukele: If BTC Succeeds In ELSL, “It’ll Be One Of History’s Biggest Game-Changers”

Why Did Francophone Bitcoiners Met With Central African Republic’s Authorities?