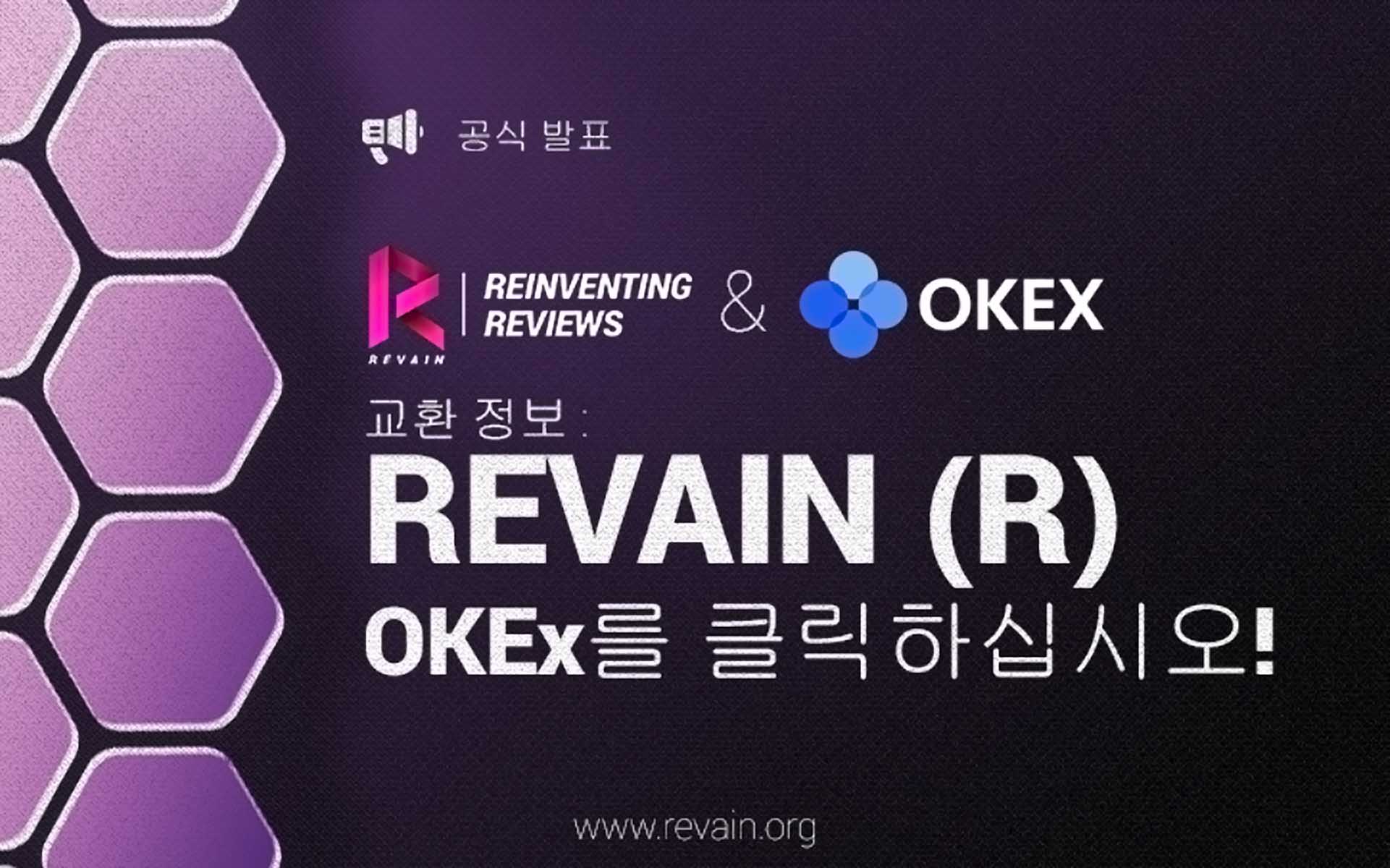 Revain Gets Listed on OKEx, One of the World’s Largest Cryptocurrency Exchanges

Moscow, Russian Federation, 10 February 2018 – Revain is delighted to announce that it’s token just got listed on one of the world’s largest cryptocurrency exchanges OKEx.

We have been working closely with the OKEx team in the past few weeks to finally make it happen. For Revain, OKEx will represent the largest exchange by any metric including trading volume and audience size. As everywhere else, you can find Revain’s symbol on OKEx exchange as R. Trading has already started.

Revain released version 0.4 of the platform in January 2018 with a target to deliver full release 1.0 as early as Q2 2018. Using blockchain technology, Revain creates an economic model that rewards users for creating honest reviews online through its token RVN. RVN remains as a stable internal token thanks to a nonlinear conversion mechanism based on R, the token that is tradable and available outside of the platform. The entire system remains transparent, incorruptible and immutable thanks to its reliance on the Ethereum platform.

OKEx is one of the most popular digital asset trading platforms around the world. The core team of OKEx consists of people from world-recognized companies such as Alibaba, Tencent and Huawei. OKEx believes that the core principles of Bitcoin, the blockchain, the distributed ledger, and smart contracts can reshape the ways in which people trust each other. This transformation will eliminate barriers to transactions, increase the efficiency of transactions across society, and eventually have a significant impact on the global economy.