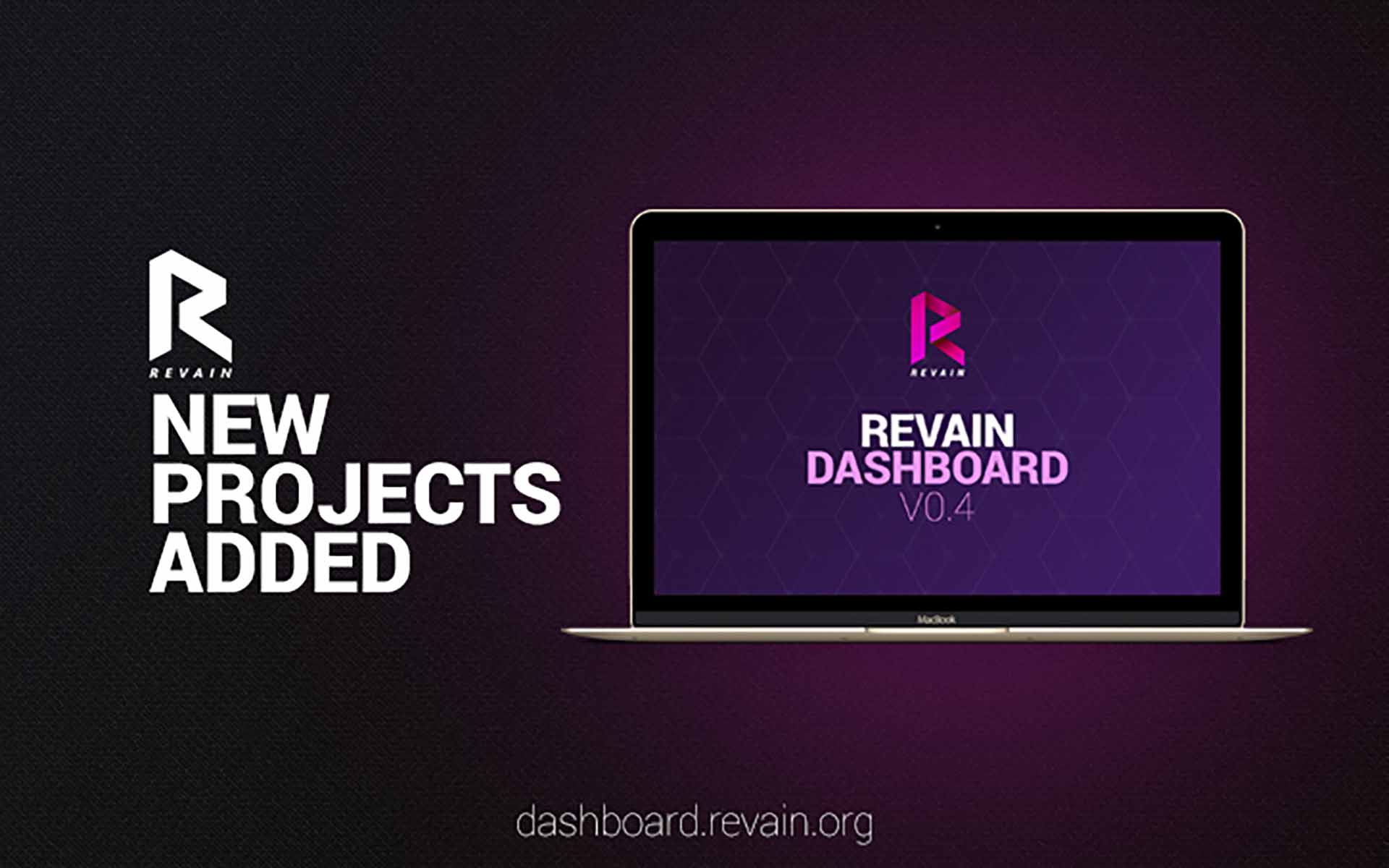 Moscow, Russian Federation, January 29th, 2018 – The first release of 2018 is here. Today Revain is announcing next step in the development of its blockchain-based review platform. The company just released version 0.4 of its flagship Dashboard service. After several iterations aimed to test some core functions, Revain is finally adding first 20 projects to the platform.

A few new things were included in v0.4.

The starting page was relocated from Revain project’s page to the page with a list of the 20 tokens that were added on the platform with some basic information such as rating, volume, today’s and ICO price, open source activity. Users can choose a project and review all the statistics about it as well as authentic and qualitative feedback provided by other token holders.

Next. Dashboard overall user interface and design were improved. The search line was redesigned. Some user interface changes were made, such as second ‘add review’ button for user’s convenience was moved to the bottom of the site, new animations were added, etc.

Finally. Dashboard got sharing buttons. Users can share different statistic and performance of the token which they hold through social media channels.

We are really gaining momentum with the platform’s progress as development becomes more complex and sophisticated. Release 0.4 is available here: https://dashboard.revain.org/.

Revain released version 0.3 of the platform in December 2017 with a target to deliver full release 1.0 as early as Q2 2018. Using blockchain technology, Revain creates an economic model that rewards users for creating honest reviews online through its token RVN. RVN remains as a stable internal token thanks to a nonlinear conversion mechanism based on R, the token that is tradable and available outside the platform. The entire system remains transparent, incorruptible and immutable thanks to its reliance on the Ethereum platform.

Find out more about Revain: https://revain.org/