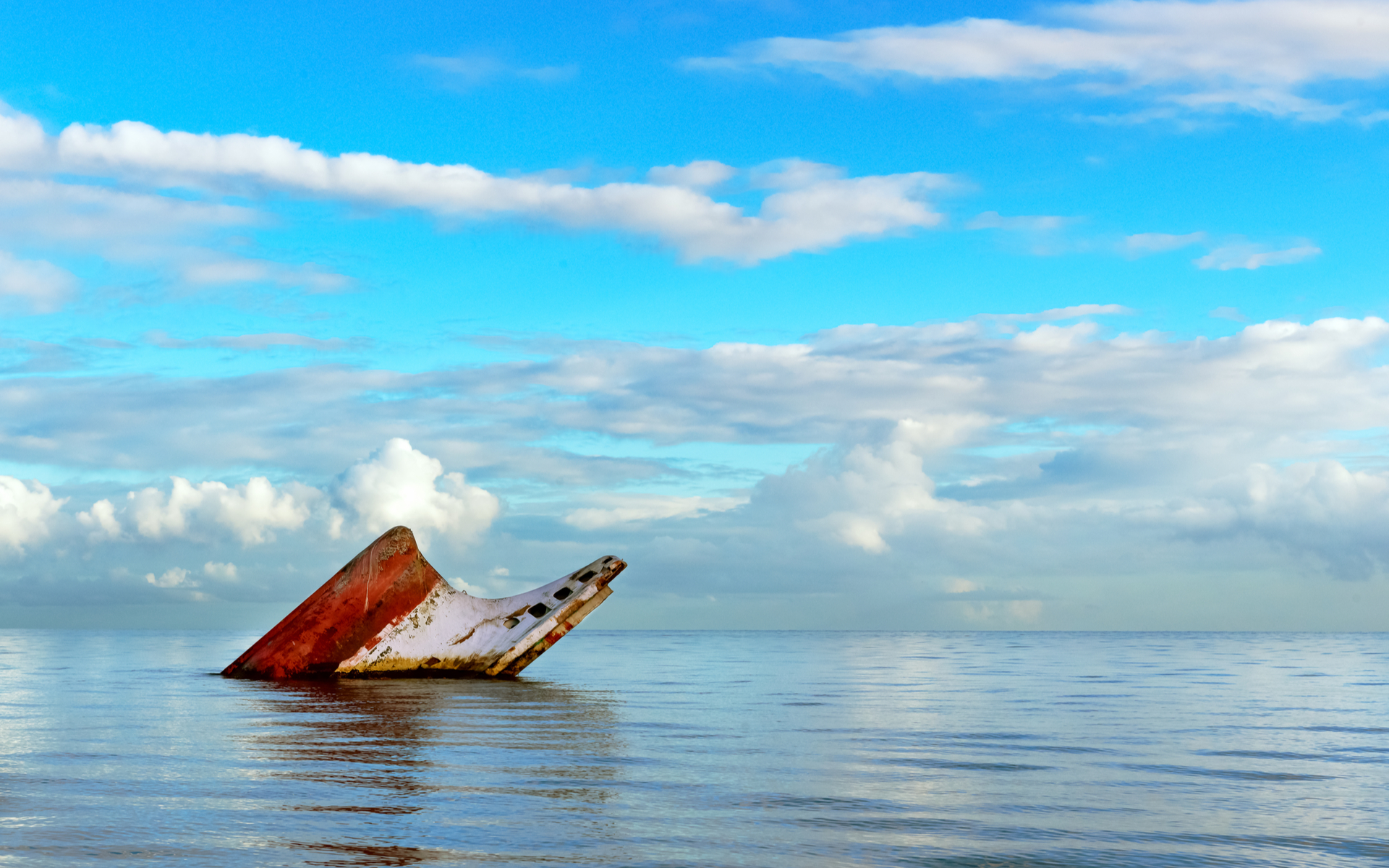 Ripple’s native asset XRP has dropped by up to 36 percent from its local top of $0.315. The third-largest cryptocurrency is now looking to extend its losses further to retest its two-year low.

The XRP/USD pair on Monday established a session low of $0.20041 on BitStamp cryptocurrency exchange. The downside price action drew the pair closer to its 23-month low situated at $0.19776, right before an upside correction missed it by a few cents. As a result, the probability of XRP hitting a two-year low increased, further accompanied by a large scale selling sentiment in the cryptocurrency market. 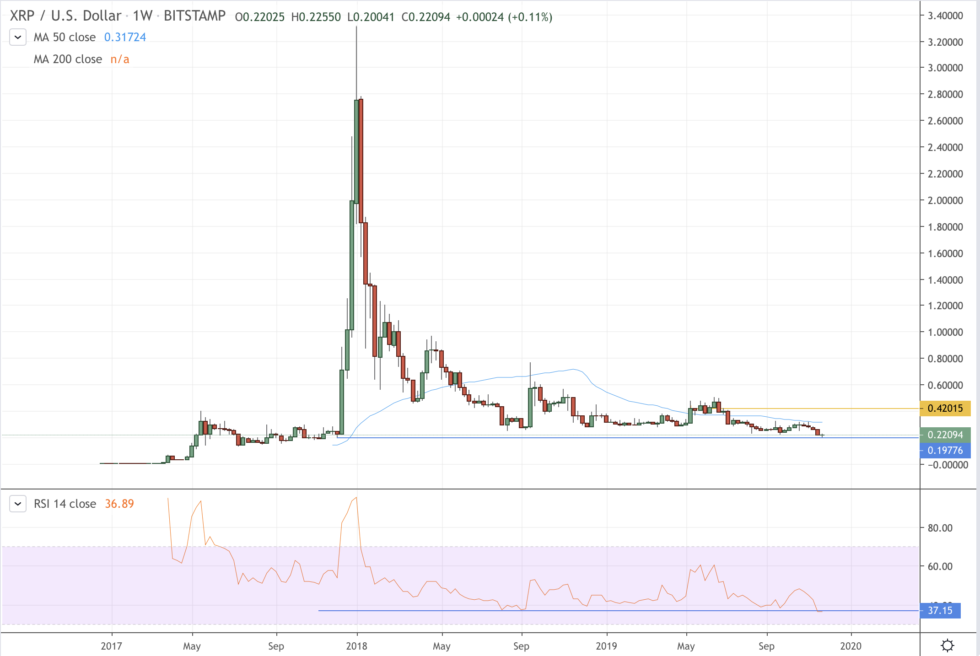 Meanwhile, the asset’s Relative Strength Indicator on weekly charts has already established an all-time low. It broke below its 37.15-support last week, indicating a depleting buying sentiment in the XRP market. Slipping towards oversold levels typically renew buying interests, since the asset in concern becomes cheaper and – thus – offers attractive near-term returns. That could be the case for Ripple’s native asset, as well.

XRP’s latest fall comes at a time when its daily transactional volume has just registered its all-time high. The Ripple token on November 23 registered four times more on-chain traffic – 4 million – than its rivals Ethereum, Litecoin, and Bitcoin combined. Higher traffic showed that there were more people using XRP on the day which, in turn, hinted the asset’s bullish nature in the near-term.

The spike followed Ripple’s announcement that it is investing an additional $20 million into the payment services company MoneyGram. The partnership prompts the Dallas firm to use XRP for cross-border money transfers. Bulls believe Moneygram’s involvement with Ripple could boost XRP’s adoption around the globe. As a result, the prices would go up, as well.

Nevertheless, the Moneygram-Ripple duo has been unable to bring any fresh buyers for XRP. On a year-to-date basis, the asset is still down by more than 40 percent against the US dollar. It surged meagrely on the day of Ripple’s announcement – by a mere 1.46 percent – only to negate those gains over the weekend and the ongoing Monday trading session.

Part of the reason why investors are not keen to purchase XRP at lower rates is a wider bearish sentiment itself. The entire cryptocurrency market cap, according to data provided by CoinMarketCap.com has dipped from $269.39 billion to as low as $171.559 billion. Also acting as a catalyst is a deep fear of Ripple’s massive XRP-selling programs. The company has sold $106.87 million and $144.64 million worth of native assets in direct sales to institutions.

It’s the dilemma that has led many early investors to empty their XRP wallets.

Do you think XRP price can spring back? Add your thoughts below!