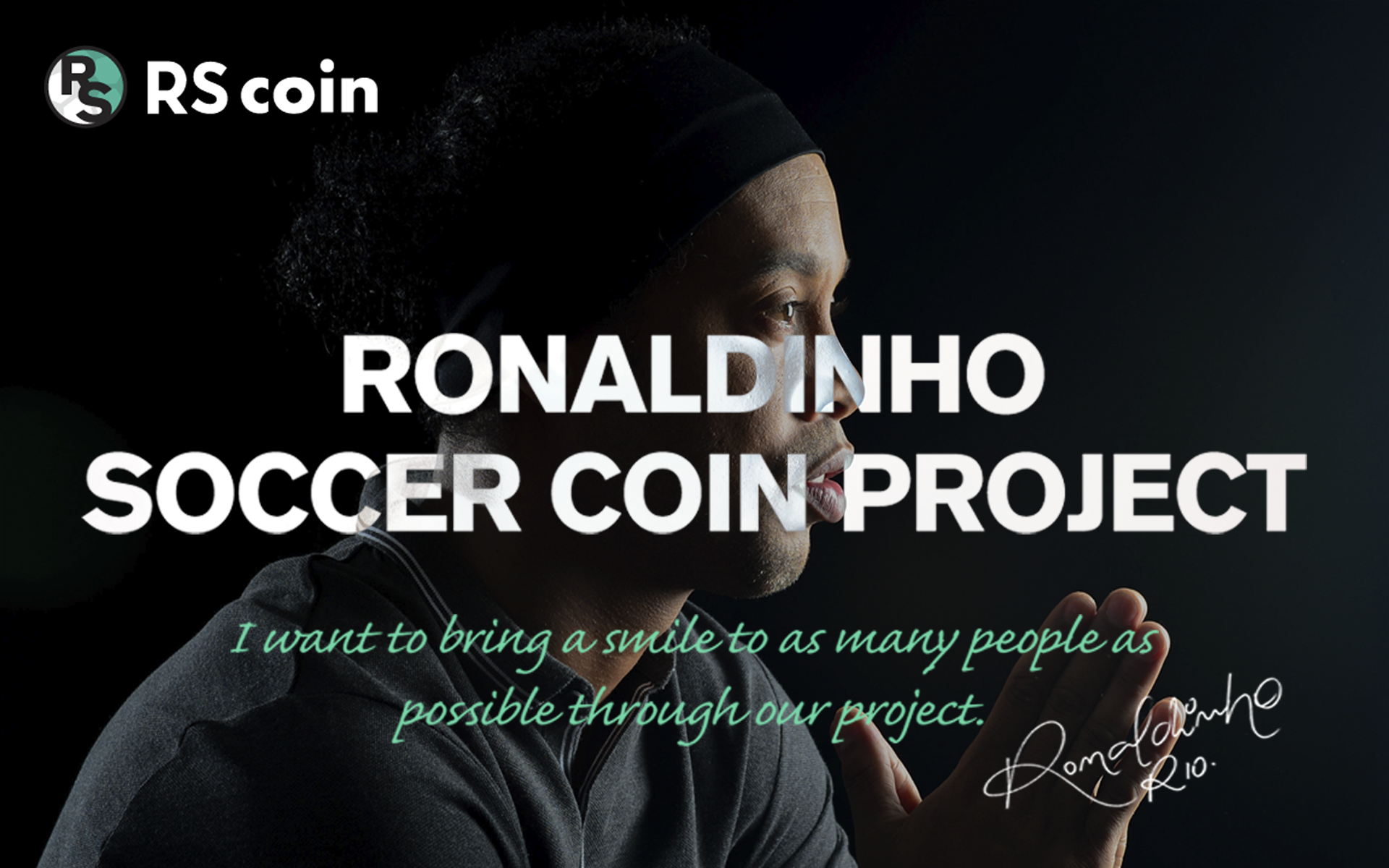 World Soccer Coin is launching its highly anticipated Ronaldinho Soccer Coin (RSC) Crowdsale. It will begin on August 16. The Whitelist has been opened to the public on August 1st. https://tokensale.soccercoin.eu/

RSC is a revolutionary blockchain business model that captures multiple unique business areas, and profitable revenue streams within its leading-edge and accessible ecosystem.
RSC is fully endorsed and backed by the Brazilian soccer legend Ronaldinho (Ronaldo de Assis Moreira), who was twice selected FIFA Player of the Year.

Expressing the support of RSC, Ronaldinho tweeted on July 7: “When one plays soccer, one is free. You are happy. ‘Alegria’ to all soccer lovers in the world. Thank you for all of your support!”

In addition to Ronaldinho, RSC is fully backed by leading blockchain business groups and associations such as ICOBox, The Korea Blockchain Industry Promotion Association (KBIPA), Play2Live and 03 Labs.

– the launch of RSC token;
– the development of digital soccer and futsal stadiums globally;
– the development and expansion of soccer and futsal as sports, through soccer academies and other activities, in existing and new markets;
– the promotion of eSports, a business sector that is now hugely popular in the U.S. and other key markets and is forecast to grow exponentially in global markets in the next several years;
– the launch of Sports Betting platform. It’s now legalized in the U.S. and in a rapidly growing number of countries;
– the development, sale and licensing of leading-edge AI, blockchain and digital technologies, equipment and content.

In addition, based on Ronaldinho’s vision of giving back to society and enabling children from less-fortunate circumstances to play and develop their skills in soccer and futsal, RSC will be launching the Smile Project. Using a portion of the revenue gained from RSC project, as an act of charity, the project will distribute soccer balls to underprivileged children. That will help to provide an environment where children can pursue their dreams. Also the project will be launching funding for promising players to participate in elite soccer academies throughout the world.

The RSC-based payment system will be based on smart contracts and will have credit and virtual and legal currency capabilities. RSC utilizes NEO blockchain, as it has ten times the ecosystem block speed when compared to Ethereum.

The total supply of RSC tokens is 350 million, out of which 140 million was allocated to the private sale completed in July.

BENEFITS FOR THE WHITELIST PARTICIPANTS

Prospective investors who have registered for the Whitelist before the start of Crowdsale will be able to complete the KYC process earlier than others and will be eligible for bonuses.

More information on Ronaldinho Soccer Coin Project can be obtained on the following platforms: