Nikolai Nikiforov, the Russian Communications Minister, has said the government might ban Viber the same way it did Telegram. According to the minister, failure to comply with the request by the Federal Security Service (FSB) for encryption keys could see the app banned in the country. The FSB recently secured a court ruling prohibiting Telegram from operating in Russia.

Viber May Be Banned If It Fails to Comply

According to reports in the local media, the Russian government might target Viber if it fails to provide access to private communications of its users. Minister Nikiforov said that it is incumbent on the FSB to obtain an injunction if Viber does not comply with its directives. The minister also said that the matter is entirely in the hands of the FSB. 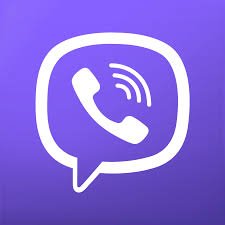 In a related development, Vadim Subbotin, deputy head of the Roskomnadzor, has assured Viber users that there is no cause for worry. According to him, there aren’t any reasons to ban the app yet. The Roskomnadzor, which is the nation’s communications regulator, has tightened its control on the Russian digital space in recent years. In 2015, LinkedIn stopped operating the country due to its inability to abide by Russian user data protection laws. Facebook also received an official warning notice from the regulator in April. Local digital storage regulations stipulate that tech firms must store the user data of Russian citizens on local servers.

The Fallout from the Telegram Ban

In the aftermath of the Telegram ban, the Roskomnadzor has been disrupting online services to prevent the app from operating in the country. Despite the regulator’s best efforts, the attempts to enforce the ban haven’t gone off smoothly. There have been reports on unrelated service disruptions from social networks in the country. Protesters took to the street during the recent May Day celebrations calling for a rescinding of the Telegram ban.

Viber, just like Telegram, has its cryptocurrency plan. Speaking at the Mobile World Congress in February, Hiroshi Mikitani, the CEO of Viber’s parent company, Rakuten, announced plans to launch Rakuten Coin and Viber Community. Rakuten Coin is expected to help Viber keep up with its competitors like Telegram who already ran their own ICO presale. Viber Community aims to be the next online messenger hub for crypto discourse. The platform will have a group limit of 1 billion users which exceeds that of Telegram at 100,000 users.

Overall, we’ll have to wait and see if the scenario with Viber plays out like it did with Telegram. Some critics charge that the Russian government is cracking down on social media/messaging apps in order to stifle dissent before President Putin runs for another 6-year term.

Do you think the Russian government is justified in its actions? Are these recent bans a case of censoring the internet? Let us know in the comments below.