Tokyo-based SBI Holdings has announced that its digital assets exchange, SBI Virtual Currencies, which launched in beta yesterday, will list Ripple (XRP) as the only cryptocurrency supported at launch.

XRP is the first and the only cryptocurrency to be listed on SBI Virtual Currencies during its initial launch period. The newly released digital asset exchange, owned by SBI Holdings, is designed to streamline cryptocurrency trading for its institutional customers and individuals in Japan. The company originally proposed its plan for launching the exchange in late 2016 but at the time had not disclosed either the release date or which cryptocurrencies would be supported.

SBI VC is among the first group of companies to apply for and receive Japan’s digital currency exchange license in November 2017. Additionally, the recent formation of a consortium of Japanese brokerages, headed up by SBI Ripple Asia,  will make Ripple’s payment protocol accessible across the Asian region.

According to an official announcement, Yoshitaka Kitao, SBI Holdings CEO and Executive Chairman, sees solid potential in XRP. During a discussion in August 2017, Kitao said:

Not only does it have a clear use case, XRP is faster, cheaper and more scalable than any other digital asset,” Mr. Kitao said. “I strongly believe it will become the global standard in digital currencies. 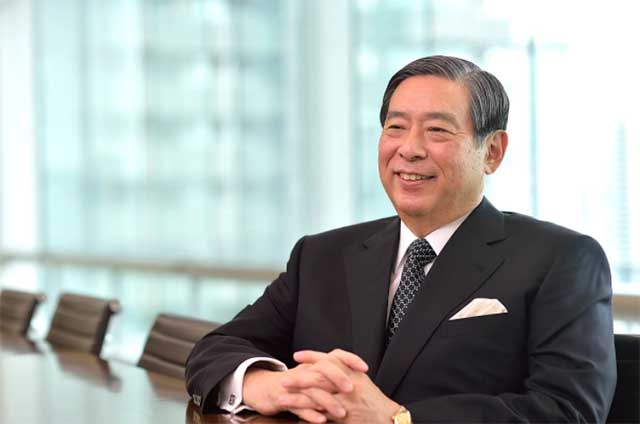 The Relationship Between SBI Virtual Currencies and xRapid

Ripple’s xRapid enables payment providers and financial enterprises to justify on liquidity cost and customer experience. Taking a note from an announcement, SBI VC will also associate with the xRapid ecosystem. As a result, Ripple is spilling easier conversion of XRP and JPY for banks, payment providers and individuals to transfer money into or out of Japan.

In regards to the partnership, Patrick Griffin, Ripple’s senior vice president of business development confidence that the partnership will benefit company’s mission. According to Mr.Griffin, a motive behind the alliance is to rationalize the flow of money – “Establishing an Internet of Value.”

Today’s decision to make XRP the primary digital asset of SBI Virtual Currencies shows the utility, efficiency, and scalability respected financial institutions around the world see in XRP. This is a critical step forward in our mission to build XRP liquidity and build an Internet of Value 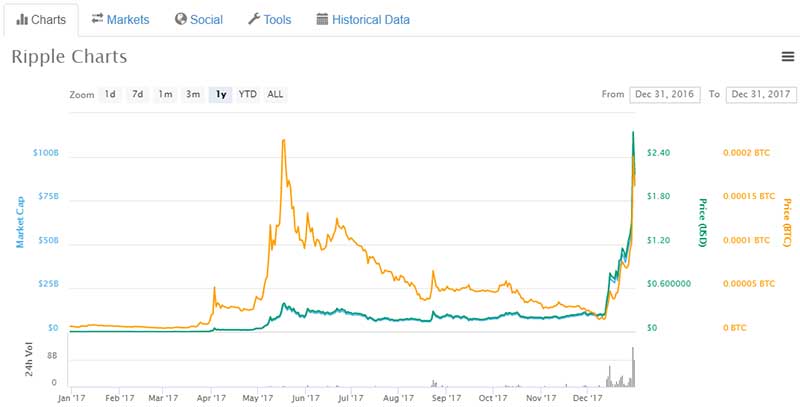 Ripple’s Success and the Power of Liquidity

Ripple was easily one of 2017’s standout cryptocurrencies. It started out the year trading at around $0.006 – six-tenths of one cent – and began a slow but steady climb until in Q2 it peaked at just under 40 cents per coin. From there XRP continued trading between $0.20 and $0.30 until December. During that month, Ripple rose from $0.245918 to a then-all-time high of $2.78 on December 30 – an increase of more than 1000%. The upward trend continued through the beginning of January, with prices reaching an all-time high of $3.75. Even with the recent decline in the cryptocurrency market, which saw XRP prices drop to a low of $1.03 before starting to correct, Ripple still remains one of the best performing digital assets to date.

In an interview with Fortune magazine in October 2017, Ripple’s CEO Brand Garlinghouse stated:

The liquidity needs of banks today is managed with literally ten trillion of float that sits in these nostro and vostro accounts. We believe very strong this is an inefficient model. You can use digital assets to fund liquidity, and Ripple is uniquely positioned to capitalize on that. Bitcoin takes four hours to settle a transaction. XRP takes 3.6 seconds.

With a similar mission in hand, SBI Holdings and Ripple will have a great year ahead. It remains to be seen how the listing will affect Ripple’s price. At press time, XRP was trading at $1.13 according to CoinMarketCap.

What do you think of Ripple’s big announcement? Will news of the exclusive listing result in significant gains for XRP? Let us know in the comments below.