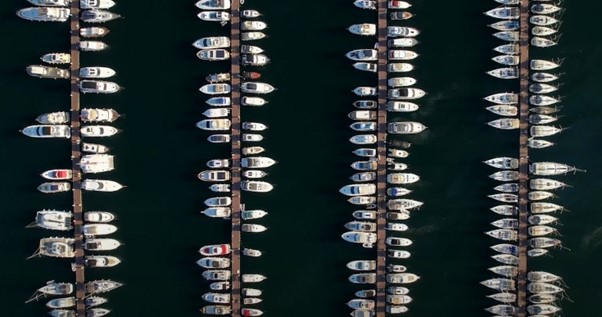 If there’s one thing the 21st century has taught it’s that an idea can change the world. While the last 22 years don’t hold a monopoly on good ideas, they’ve driven down the barriers to the implementation of such eureka moments thanks to the rise of the internet, smartphones, and software.

Now, anyone with a potentially world-changing idea can create an app for that, and if the world agrees with their vision, the realization will follow. SeaCoast is one such startup, and yes it’s going down the app-as-global-game-changer route. But it’s not just got one app with which it aims to change the world: it’s got three. It’s also got a token sale, starting October 25, that will be crucial in making these apps the game-changers they promise to be.

Three Apps That Beat as One

SeaCoast, as its name would suggest, is a nautical project focused on the waterways that delineate every nation of the world that isn’t landlocked – plus a few that are, if you count canals. Broadly speaking, the goal of SeaCoast and the trio of apps it’s developed is to support smarter decision-making by coastal users.

While “sailors” might seem a more accurate term, it should be noted that not everyone who uses the coast does so aboard a vessel; some content themselves with walking along a beach or fishing off the end of a harbor. All are welcome within the web3-powered world that SeaCoast is building. Its trinity of apps look like this:

ShoreView: a virtual assistant that is designed to facilitate coastal navigation. It makes use of augmented reality, overlaying AR to show in real time what would otherwise be invisible. As former telecommunications engineer and SeaCoast CEO José Manuel Arnaiz explains, ShoreView is “a Google Street View of augmented reality to change the experience of going out to sea.”

PortView: inspired by Google Maps’ “how to get there” function, this app also uses AR. It’s designed to slash the 70% of accidents estimated to occur with rented or borrowed boats at the time of mooring.

PaperBoat: Described as a Booking.com for sailing, PaperBoat is a mooring reservation manager linked to the management system of marinas and yacht clubs. It enables sailors to plan ahead and find a berth, wherever they might be travelling.

One Token, a World of Opportunities

If SeaCoast is right, and the world is ready for a web3-based nautical solution, the first evidence of this will come in the uptake of its October 25 token sale. This will be the means by which tokens are distributed to the public, giving them their first taste of the maritime ecosystem SeaCoast is building.

The true test of what web3 can do for the world’s turbulent waters, though, will come when users download the applications SeaCoast has developed and start contributing. The more coastal visitors who participate, the greater the value of the knowledge that ShoreView, PortView, and PaperBoat will disseminate.