The Securities and Exchange Commission (SEC) has come out guns blazing in the fight to combat ICO fraud and protect small investors.

As we know, cryptocurrencies stole the headlines in 2017, with Bitcoin’s biggest milestones, such as reaching an all-time high value of $20k, a definite topic of conversation around the investor dinner table.

Potential investors could trade in existing cryptocurrencies, or be a part of a brand-new virtual currency by investing in a start-up’s ICO. This in itself is a billion-dollar industry and is continuing to grow.

SEC is Ready for Action

However, the fact that these ICOs are decentralized and not answerable to any authority means that there is a potential for fraud. According to Fox Business, this is an issue that the Securities and Exchange Commission (SEC) is actively combating. In fact, the regulator’s most recent move could affect dozens of crypto-related platforms, most notably, ICOs.

Even though the SEC, under Chairman Jay Clayton, has only taken action in nine cases of crypto fraud so far, sources privy to SEC correspondence have stated that the commission is actively working on dozens more. If this is true, 2018 could be a big year for the SEC to take decisive action against a huge number of perpetrators of fraud. 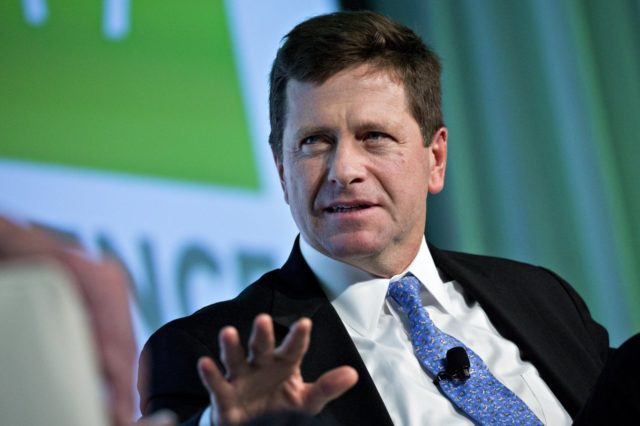 Clayton Believes Crypto is a Fraud

Sources close to Clayton himself have said that the chairman has followed the rest of the crypto critique herd by making the usual comparisons between virtual currencies and much-repeated terms such as ‘tulip mania’ and the ‘dotcom bubble’.

One lawyer, who represents some of the targets in the SEC’s crosshairs added:

Obviously, there are some real businesses involved in cryptos. But Clayton believes much of it is one big fraud.

Regulation pusher, Harvey Pitt, who is a former chairman of the SEC, has said:

I would say the day of reckoning is coming in this area. And I think it reflects the deep-seated concern that some of the activity going on requires enforcement action that must be taken to prevent investors from being preyed upon.

The decentralized nature of cryptocurrencies has become a regulation nightmare for the powers that be. However, because they are listed as securities, the SEC can enforce consequences for unauthorized actions.

One of the main aims of this crackdown is to bring to task fraudulent ICOs who are targeting small investors.

This is shaping up to be a busy year for the SEC. Not only will they be focusing on finding fraudulent ICOs, they will also be looking into listing the much-anticipated Bitcoin ETFs to be traded in the US.

This comes after the SEC voiced concerns over retail investor protection issues. However, big names such as CBOE and JPMorgan Chase have previously given their support to ETF development.

What do you think about the SEC focusing on combating ICO fraud? Is their involvement good for the crypto industry as a whole? Let us know in the comments below!