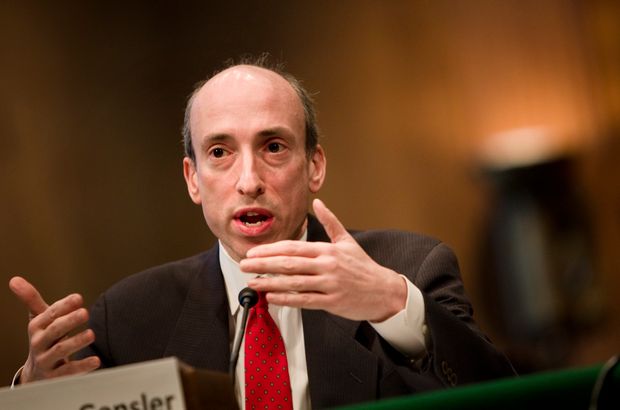 SEC boss Gary Gensler has been coming down hard on crypto regulation recently. The chairman has said that the crypto space, especially the decentralized finance (DeFi) space, needs to be properly regulated. Gensler believes that this will help the industry move forward in the long run. Citing that finance is built on trust and regulation would help the crypto space gain the trust that it needs from investors.

This has been a recurring theme in Gensler’s recent takes on crypto regulation. The SEC boss has said crypto regulation falls under the purview of his agency. And as such, wants exchanges in the crypto space to work with the Securities and Exchanges Commission to bring about adequate and favorable regulation for the space. Gensler although opened up about the limitations of his agency when it comes to regulation.

Too “Under-Staffed” For Regulations

Gensler, Wednesday, opened up that the SEC could not properly regulate the crypto industry if it wanted to. This is due to the fact that the agency is currency understaffed. A side effect of various financial challenges that have plagued the agency. Gensler pointed to various booming industries that needed the attention of the SEC. And that the SEC had to deal with more with less staff. Gensler told CNBC on Wednesday that to properly regulate the various industries that fell under the purview of the agency, it would need more staff.

“We’ve to an IPO boom, we have a SPAC boom, we have cryptocurrencies to deal with. We have the issues we talked about earlier about China. I’d like to at least get back to where we were in 2016 and I think we should probably be 5% or 10% larger than that.”

Gary Gensler had told the Senate that his agency was currently operating with less staff than it was five years ago. This has made it impossible for the agency to focus on the things that need its attention. Talking to CNBC, the SEC boss said straightforwardly, “We are short-staffed.” Gensler is not known as one to mince words. And the same was true in this case. The chairman expressed that they would have a larger staff if they were dealing with the existing regulatory issues. Along with 6,000 or so new digital assets.

In addition to being short-staffed, Gensler pointed out that the already thinned-out staff was already focused on fraudulent companies that were linked to China. This has left little room for his staff to carry out the necessary investigations into the crypto market that would be needed for regulation. A lot of the tokens in the crypto market fall under the SEC’s oversight, Gensler said. Hence it is imperative for them to be able to regulate this space.

But to do this, the agency would need a more robust staff. And the chairman has appealed that his agency is provided not only a bigger staff, but a bigger budget to enable it to regulate the crypto industry. While also being able to prosecute other crimes that fall within the agency’s purview.