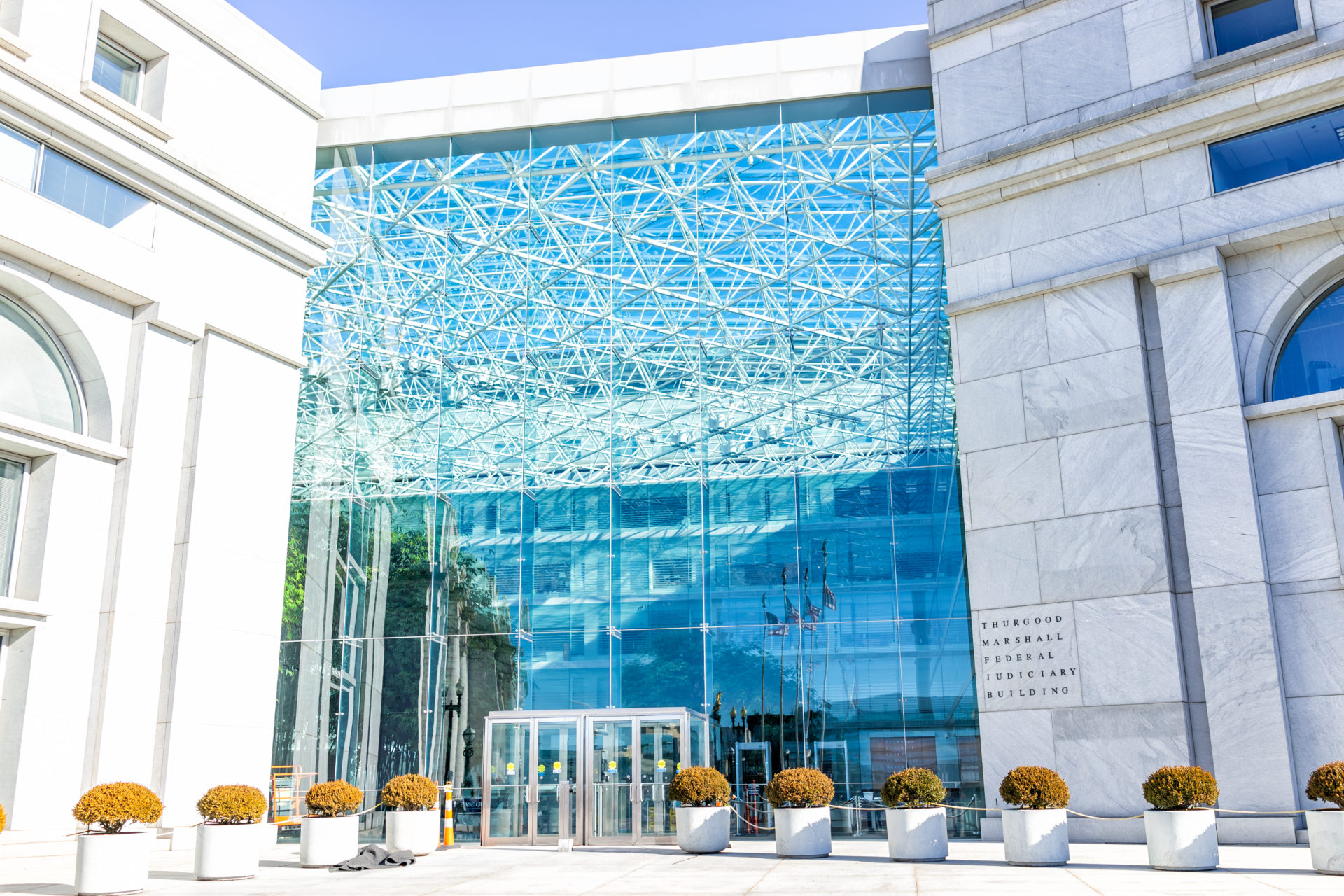 Is There a Light at the End of the Tunnel?

In what is sure to be surprising news for all, the U.S. Securities and Exchange Commission (SEC) has decided to place a stay on three orders that rejected Bitcoin exchange-traded funds (ETFs) seeking to be listed on the NYSE Arca and other regulated exchanges. Initially, the SEC denied each of the derivative backed Bitcoin ETFs over genuine concerns of manipulation, as well as Bitcoins availability on numerous unregulated exchanges. In fact, some have gone as far as suggesting that Bitcoin’s recent 1 minute $300 dollar leap that coincided with BitMEX going offline for ‘maintenance’ is a validation of the SEC’s apprehension to approve a Bitcoin-based ETF.

Surprisingly, after making yesterday’s denial announcement ahead of schedule, the SEC has now decided to review these orders, which were originally drafted by staff members on behalf of agency leadership.

In fact, SEC Commissioner Hester Peirce tweeted, “Yesterday’s staff orders disapproving SRO rules related to a number of bitcoin ETFs are stayed pending Commission review.” and She then followed with an additional tweet explaining the previous one in plain English. 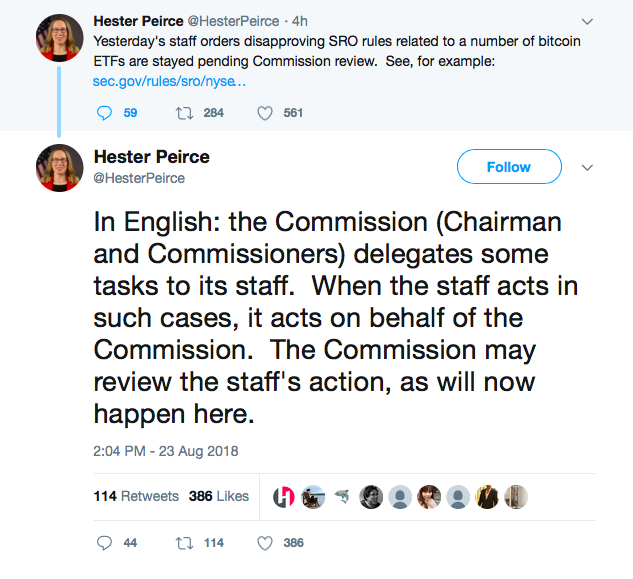 Commissioner Peirce went on to explain that the SEC frequently delegates similar rulings to staff members, and reserves the right to review and amend decisions even after official statements have been made.

In the past, Commissioner Peirce has voiced her dissenting opinion regarding SEC’s denial of the Winklevoss twins’ Bitcoin-ETF by arguing:

If we were to approve the ETF at issue here, investors could choose whether to buy it or avoid it. The Commission’s action today deprives investors of this choice. I reject the role of gatekeeper of innovation –a role very different from (and, indeed, inconsistent with) our mission of protecting investors, fostering capital formation and facilitating fair, orderly and efficient markets.

Commissioner Peirce also provided a copy of a letter addressed to the NYSE, which explains that SEC Chairman Jay Clayton and associated commissioners will carefully review each application to identify whether or not SEC staff ruled fairly. While the letter does not provide a date for sharing this review decision, it is nonetheless exciting for those who follow cryptocurrencies.

Do you think the SEC will approve a Bitcoin-ETF after re-evaluating yesterday’s denials? Share your thoughts in the comments below!