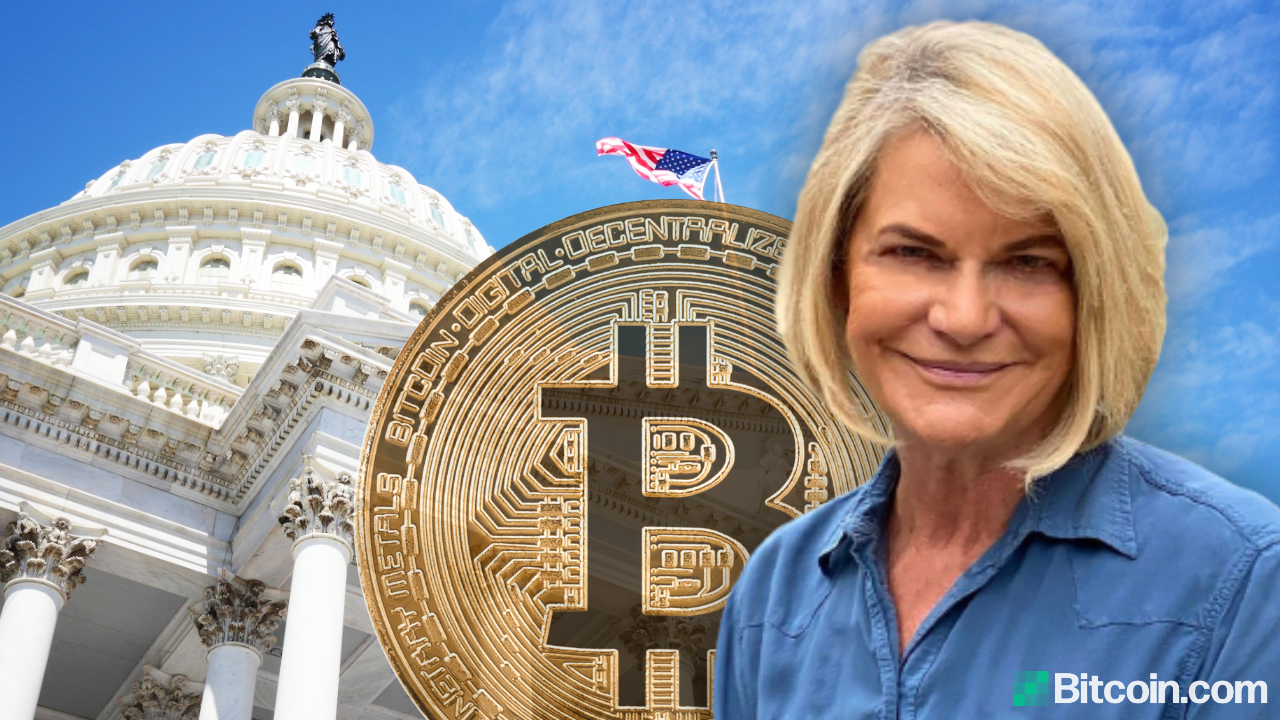 Senator Cynthia Lummis: I’m All In On Bitcoin

U.S. Senator Cynthia Lummis in an interview said she was all in on Bitcoin. The interview took place during the Bitcoin Conference earlier in the year in Miami.

Senator Lummis is the first woman to be elected as a Wyoming senator. Keeping in line with this stride, the senator believe Bitcoin is a great way to combat inflation.

The inflation rate of the U.S. dollar currently sits at about 2% per year. With others saying that the rate is likely to go up as the years process.

This has led people to look for alternative ways to store money that doesn’t expose them to inflation. By design, Bitcoin is not subject to inflation. This makes Bitcoin a great store of value when it comes to saving.

But the wildly volatile nature of the coin still concerns a lot of people. Price manipulation is also of great concern with Bitcoin.  And this is a cause for alarm when you are saving your money in Bitcoin.

But Senator Lummis believes that Bitcoin is a great store of value.

Lummis sat down with Reason during the Bitcoin Conference. The Wyoming senator declared that Bitcoin provided a legitimate alternative store of value and medium of exchange. She further went on to add that it would act as a check on the devaluation of fiat currencies.

Lummis who is only about six months into her tenure has always been Bitcoin-friendly.

Consequently, the senator announced the launch of the Financial Innovation Caucus. She co-founded the caucus with Senator Kyrsten Sinema.

Senator Lummis founded the Financial Innovation Caucus to highlight responsible innovation in the U.S. financial systems. This will help to make financial markets all inclusive, safe, and prosperous for Americans.

Senator Lummis also brought up that she had been in talks with the Biden administration with regards to Bitcoin. She said the conversations have been encouraging and productive.

The conversations were had with appointees at the agencies responsible for regulation of digital currencies.

“Additionally, I’ve had a number of productive and encouraging conversations with the Biden administration’s appointees at the key agencies regulating digital assets like bitcoin. This space is new and uncharted, and my team is working with them as they work to incorporate digital assets into the American financial system,” said Senator Lummis.

With regards to regulation, Senator Lummis pointed out, “I’m primarily focused on working with the Federal Reserve, the Securities and Exchange Commission, and others to ensure that any regulations on new kinds of banks and digital assets foster innovation instead of stifling it.”

Lummis is not new to Bitcoin technology. The senator sponsored the amendment to the Endless Frontier Act. This is the act responsible for adding blockchain as a list of priority focus for the federal government.