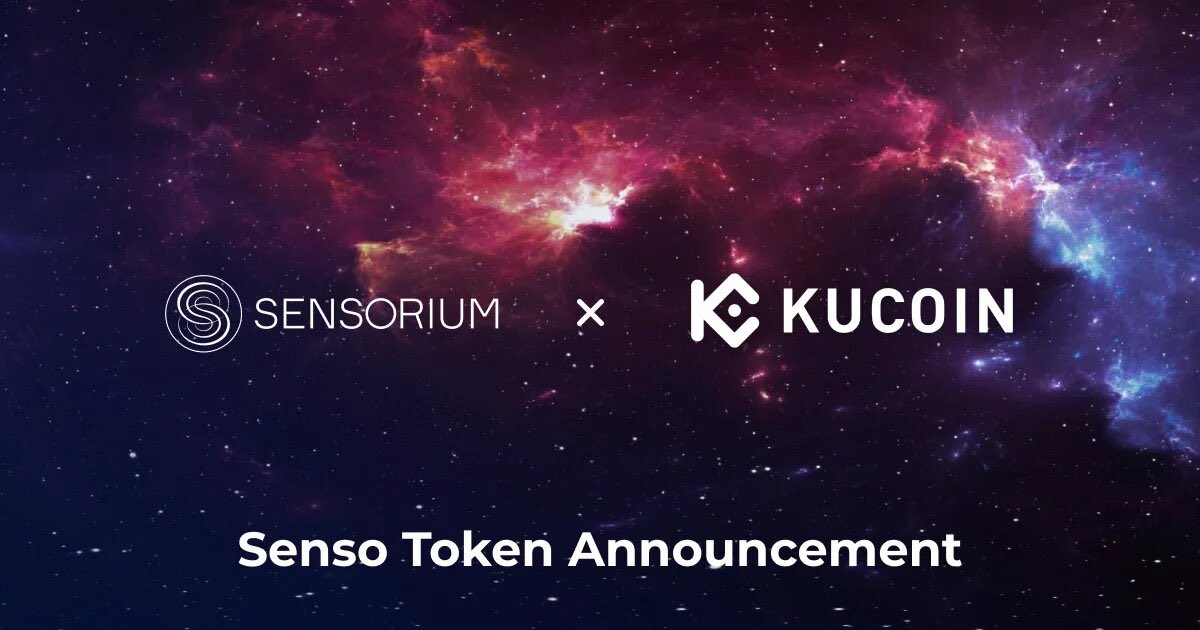 Sensorium (SENSO) Gets Listed on KuCoin to Drive Global Cryptomarkets

Los Angeles, 20 March 2020: Sensorium Corporation is launching a digital currency called Senso Token, for in-game purchases in the Sensorium Galaxy. The token enables users to make gaming-related purchases and exchange game content. Third-party companies involved in Sensorium Galaxy, such as those developing unique locations for customized events as well as gaming content for in-game purchases, will also use the Senso Tokens. Trading of the Senso Token cryptocurrency begins at 18.00 Singapore time, 20 March on the KuCoin exchange.

The Senso Token has been developed on the Ethereum network, the global decentralized platform for digital currencies. It has also been created in line with the ERC20 standard, the de facto technical standard for token implementation on the Ethereum blockchain. Given that Sensorium Galaxy is set to attract millions of users from all over the world to its groundbreaking Social VR Platform, which brings a new form of entertainment and social engagement to the world, the introduction of cryptocurrency Senso tokens will also spur cryptocurrency adoption.

Participants in the 3D virtual worlds will make in-game purchases such as avatars while businesses who are investing in the Sensorium Galaxy to provide entertainment-themed content and venues, can buy virtual locations to develop their own unique spaces in the virtual worlds.

The Senso token will be listed on KuCoin, an IDG-backed cryptocurrency exchange with 5 million users globally. The listing consists of 1 billion tokens available to closed round investors in a one-time issue. Following the listing, a withdrawal opportunity, that is sale and withdrawal, will also open at 18.00 Singapore time, on 22 March.

A number of token ‘give-away’ sessions will also be available for current users of the KuCoin exchange. KuCoin is also partnering with Sensorium Corporation which as a result is set to drive further investment in the Sensorium Galaxy.

Brian Kean, Head of External Communications, Sensorium Corporation said: “Our partnership with KuCoin is the coming together of two advanced future technologies; our virtual social reality platform and an industry-leading blockchain platform for cryptocurrencies. As user numbers for Sensorium Galaxy build momentum millions of users will become new cryptocurrency users and as such both Sensorium and KuCoin will make significant contributions, and take to a new level, the  cryptocurrency market.”

Johnny Lyu, CEO at KuCoin, said: “This is a very significant partnership. Both KuCoin and Sensorium represent how new technologies are shaping the future and this strategic cooperation signals a strong drive in this direction. Sensorium ultimately aims to attract millions of global users and clearly this is going to have an important influence on the use of cryptocurrencies and of course the KuCoin platform. We are now looking forward to developing and driving this partnership forward and helping drive both social virtual reality and cryptocurrencies into the mainstream.”

Founded in September 2017, KuCoin has grown into one of the most popular crypto exchanges, and it currently provides a series of financial services including fiat-to-crypto, crypto-to-crypto, futures, staking, borrowing, token launch and more to its 5 million users across 207 countries and regions around the world. One out of four crypto holders worldwide is with KuCoin.

Sensorium Corporation, together with Redpill VR, is currently developing the Sensorium Galaxy social virtual reality platform which enables the seamless broadcast of synchronized virtual reality content to users all around the globe. This platform signals a radical change in the way users can experience virtual reality, moving beyond its previously solitary nature. Sensorium Galaxy enables users to interact with each other as events are either live-streamed or accessed from a library. Sensorium Galaxy also signals an evolution of social networks, with users not confined to one-dimensional platforms, but able to engage and interact with friends and other users in a virtual environment. Sensorium Galaxy will be comprised of themed planets that present users with different options for social interaction.

Sensorium Corporation is a technology company that creates digital simulations of real-world venues and virtual worlds in cooperation with its content partners – globally recognized concert venues, clubs, and festivals. Investment in the project to date is approximately $70 million, and it has come from a group of EU companies in both the gaming and entertainment industries.