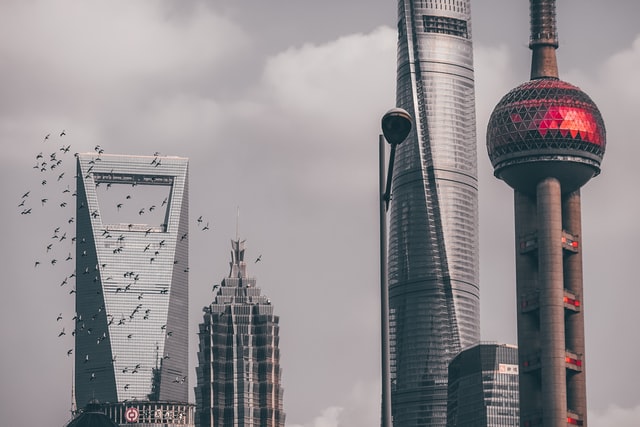 The Shanghai Tragedy Reminds Us Why China Banned Bitcoin

by Julia Arvelaiz
in Bitcoin Politics
0

Disclaimer: The following op-ed represents the views of the author, and may not necessarily reflect the views of Bitcoinist. Bitcoinist is an advocate of creative and financial freedom alike.

While countries under regimes are waking up to the idea of using Bitcoin as a tool for freedom, authoritarian governments that have banned all crypto activity show the true reason why they need to crackdown on the opportunity for monetary autonomy.

As per NBCnews and CNN, on March 28 a two-stage lockdown was implemented in Shanghai as Covid-19 cases started to rise, but the measures have escalated to the extreme.

All Shanghai residents have to confine to their homes, but the lockdown measures are so oppressive that people have been struggling to access food and medical care. It is hard to obtain clear information, news outlets seem to ignore important data, and all that is left are the stories found on social media.

Reportedly, under clear totalitarian, violent, and inhumane control, Shanghai residents are in huge distress. The situation has become a true humanitarian crisis with several civil rights being violated.

The excuse for China’s Communist Party actions? Their “zero-Covid” commitment to eradicate the virus. But truly, this has been a demonstration of how much power they have, how little they care for their citizens, and the levels they are willing to reach in order to rule.

According to data and videos (Warning: these videos contain explicit violence and other content that might be triggering) shared through social media, this is what has been happening in Shanghai:

Residents from different Chinese cities are now under the fear that similar measures might head their way.

In China, the penalty for using crypto to raise funds can go up to 10 years.

“Virtual currency-related business activities are illegal financial activities,” the People’s Bank of China has warned claiming that it “seriously endangers the safety of people’s assets”. People involved in crypto activity are considered criminals and can be prosecuted.

Many relevant politicians, public figures, and investors like Charlie Munger, the vice-chairman of Warren Buffett-owned investment conglomerate Berkshire Hathaway, were quick to voice support for China’s crypto ban as part of his strong disapproval of bitcoin and other digital assets.

It seems like at no moment either of the people who join the anti-bitcoin propaganda stop to think about how and why banning this monetary tool supports the control that China’s Communist Party –and other regimes– has over citizens’ lives by ruling over their money and daily activities.

Through misleading information, many claim bitcoin can hurt investors, and yet they fail to discuss how totalitarian and authoritarian governments use fiat money to sustain their misery models. With a privileged voice, they tell us that they’re protecting the dollar, so who’s protecting the people?

“Why did China ban Bitcoin mining if they could have just used their 70% hash to do the 51% attack as described by POS shills?” a Twitter user ponders and adds, “It is the same reason why many EU politicians are now actively promoting POS coins over POW. The reason is that POS can be censored and Bitcoin can not.”

Bitcoin lets people be their own bank and gives everyone the autonomy governments fear. Using the network, the Chinese government could never arbitrarily fine citizens directly from their accounts or freeze their funds.

As regimes crackdown on freedom, one hope could prevail if people can transact and connect anonymously via Bitcoin. Like so, totalitarian governments do not ban crypto because it’s dangerous for people, but for the control they could lose.

The Bitcoin Community Reacts To Greenpeace And Ripple’s Latest Attack