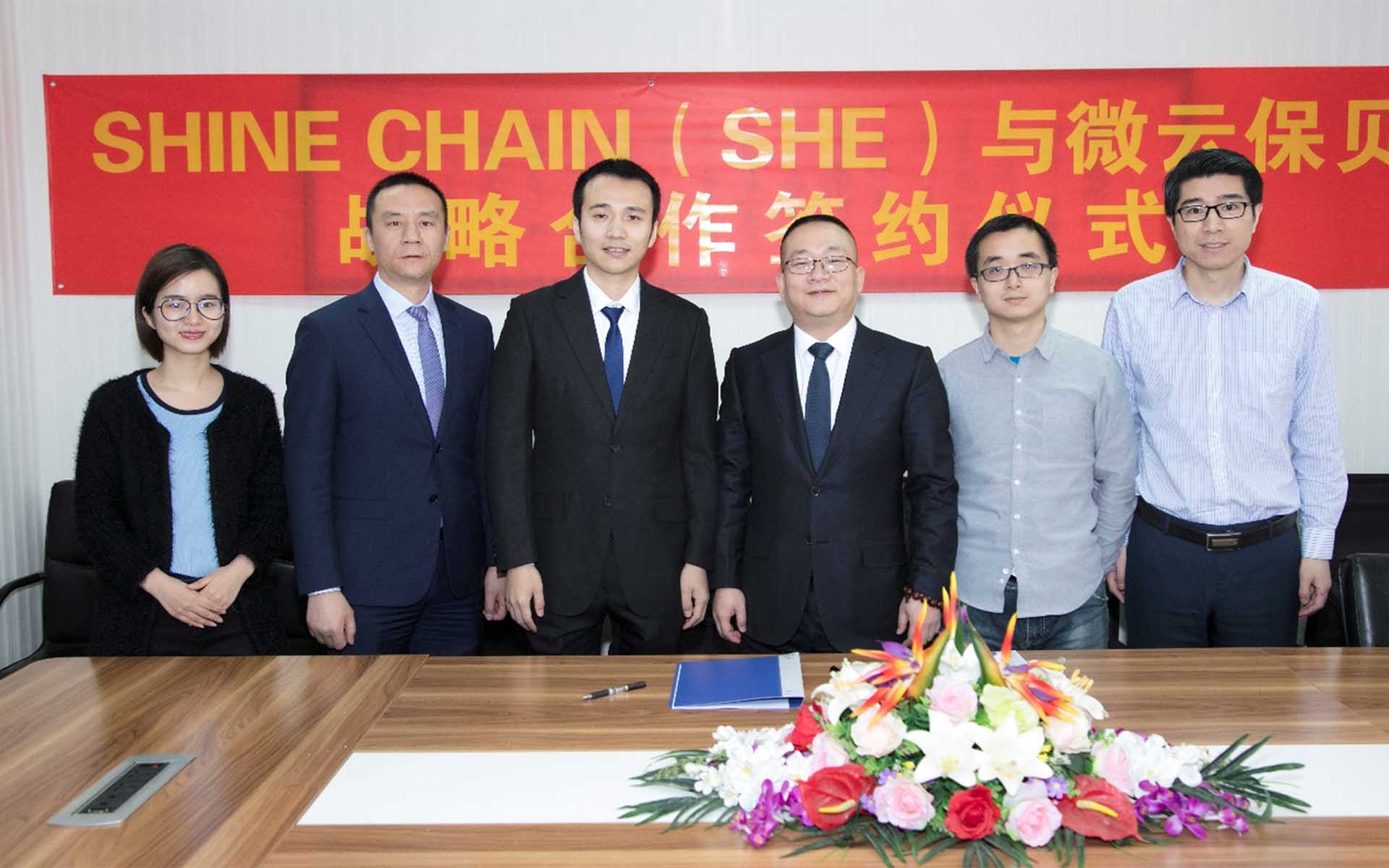 On February 3, 2018, ShineChain and Weiyunbaobei Network Technology Co., Ltd. reached a strategic partnership at the headquarters of Weiyunbaobei in Beijing, China.

This partnership can lead Weiyunbaobei’s existing platform of over 200,000 drivers and leading insurance providers to enhance the utility of ShineChain Token (SHE). Participants in this network will be given SHE tokens when they use the Weiyunbaobei’s Gas App, Baobei Gas to purchase discounted gasoline, repair services, roadside assistance or any other vehicle services within the network. All tokens can be used for buying some cost-effective insurance coverages later.

“Baobei Gas app” is Weiyunbaobei’s mobile refueling platform. It has over 200,000 active users in the 20-30 age group. They use this app not only to buy gasoline but also to purchase a host of other auto related services. Weiyunbaobei now is in the final stages of integrating ShineChain’s unique Mutual Group Insurance Model into the Baobei’s platform.  This is just one of several projects that are in the pipeline. ShineChain’s insurance model uses blockchain technology to both determine risk and process claims in an efficient way. Offerings will include the following:

Weiyunbaobei Network Technology Co., Ltd was founded in June 2015 and it is a network service platform which connects end users with insurance providers. So far, it has over 1 million active users. The Baobei Gas App is also a part of the *WeChat ecosystem”.  Users in there can use WeChat’s Red Envelope functionality to award Baobei’s members’ insurance products

ShineChain is using blockchain technology to reinvent the insurance marketplace. Led by its CEO Jin Hui, the ShineChain Foundation has a dedicated team of experts with extensive industry experience, who are ready to bring their vision to reality.

The partnership of ShineChain and Weiyunbaobei is a perfect synergy. It will allow Weiyunbaobei to improve the efficiency of its operations by integrating blockchain technologies while giving ShineChain’s Mutual Insurance product access to Weiyunbaobei existing customers.

SHE token integration into the Baobei Gas app will be fully deployed on the week of February 12, 2018. Stay tuned for more details.

* WeChat is a Chinese multi-purpose social media mobile applications. It is one of the world’s largest mobile apps, with over 902 million daily active users.